The additive manufacturing technologies are sub-classified into six other names

Binder Jetting itself is a sub-class, while powder bed fusion has DMLS, EBM, and SLM 3D printing techniques under its sub-class.

In this article, we are going to share about FFF 3D printing technology.

By understanding how it works, you can gain an insight into every printer that is based on this technology and then compare it to the other 3D printers based on other technologies. We will also try to explain the difference between FFF and FDM 3D printing technology.

What is FFF 3D Printing Technology? 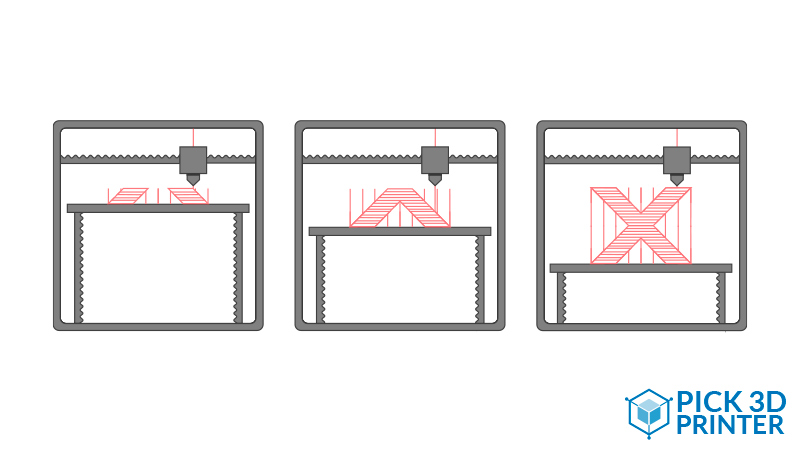 As mentioned above, the FFF 3D printing technology belongs to the material extrusion sub-class of additive manufacturing technologies.

In this process, the part or functional prototype is built by depositing melted material layer by layer on the print bed of the 3D printer.

Plastics are used for making parts and functional prototypes in this process. These plastics are the same as the thermoplastics that can be found in the conventional manufacturing process.

Majorly you would see printers based on this 3D printing technology printing ABS and Nylon.

The part filament is connected to the extrusion head of the printer via a wire.

This extrusion head is a part of the nozzle system that prints layer by layer on the printing bed, which has the support material which is needed while printing an intricate geometry on the build platform.

People need to invest lesser in this technology compared to the options. Despite the lesser investment, the parts that are printed by this technology see widespread applications in various fields.

Also, people do not require much knowledge of operating this technology.

How is Working with FFF 3D Printing?

As mentioned in the above section this technology is based on extrusion. So, the printer would have to melt the plastic that you choose to 3D print.

To generate the part or functional prototype, the print head travels around the printing surface depositing the material. Here is the FFF fabrication workflow: 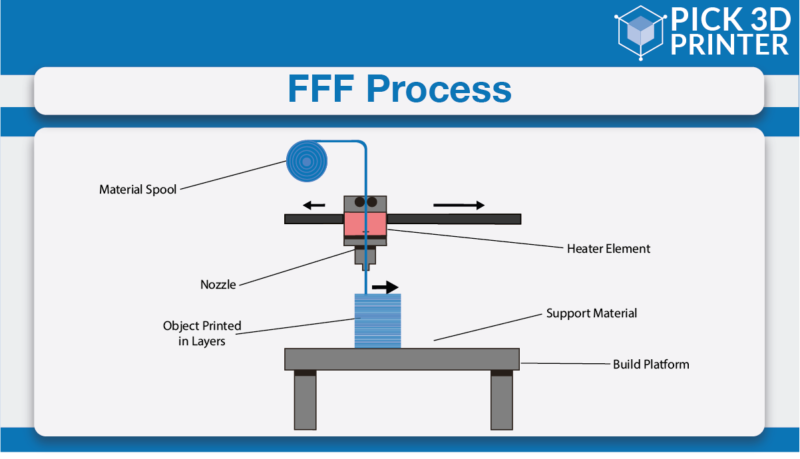 Like every other 3D printer, this one too works with the association of basic components. They are:

Filament: This is the raw material for the building parts and functional prototypes on your FDM/FFF printer in filament form. A filament spool is held on the sides or at the back of the 3D printer depending on the design and is fed into the extruder.

Extruder: The extruder, is a gear mechanism that pulls the filament and pushes it towards the hot end, so the extruder is also generally called a cold end.

Heater and hot end: This heater heats the solid filament to its melting point whereas as mentioned above the hot end comprises the heat sink, cooling fan, and nozzle assembly.

Nozzle: This is the last element of the part called the print head which deposits the hot material onto the build platform of the printer in the desired geometry. The nozzle is responsible for printing various parts or functional prototypes according to their designs.

Build Platform: All that the nozzle leaves are left on the bed onto which. The deposited material sticks to the bed and the object is built. The build platform can be heated or non-heated.

All of these materials work with each other to complete the printing process of printing a part or functional prototype.

Concept of this Technology

In a fused filament fabrication (FFF) printer the work starts from the heated nozzle that ejects molten plastic, in thin layers, onto a print bed and then going against the gravity for printing another layer and eventually forming the 3D printed part or a functional prototype.

Depending on the pattern of a particular part or functional prototype, the nozzle or the print bed of the printer or in some cases both of them move while plastic is being extruded.

Like every printer, in this one too, before printing any part or functional prototype, the slicing software determines how to break a 3D digital model into layers.

It is important here to know about FDM 3D printing technology so that you do not confuse between the two.

FDM 3D Printing technology is a method of additive manufacturing where layers of 3D printing materials are fused in a pattern to create a part or functional prototype.

The material that is melted has just past its glass transition temperature, not melted completely, and then extruded in a pattern next to or on top of previous extrusions, creating an object layer by layer.

A typical FDM 3D printer takes a plastic filament material and squeezes it through a hot end opposite the extruder, melting it and then depositing it in layers on the print bed of the printer.

These layers are fused, building up throughout the print, and eventually, they will form the finished part or functional prototype.

History of this Technology – How Does it Work? 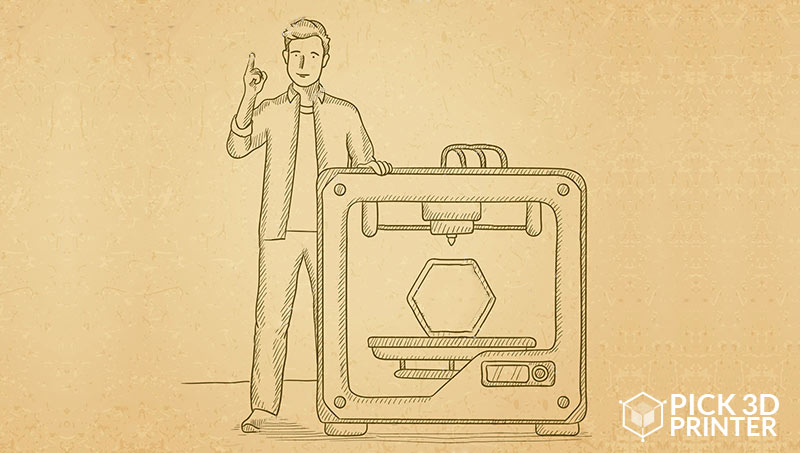 The FFF printing technology was invented in the late 1980s and commercialized in the 1990s for which S. Scott Crump was awarded U.S. Patent Number 5,121,329, entitled Apparatus and Method for Creating Three-Dimensional Objects.

This method was granted to Stratasys which is a well-known commercialized company that spread this technology with a series of 3D printers, including the FDM 300, FDM Maxum, and FDM Titan.

Because of the expiry of the patent, other companies are now free to market products based on this technology, although Stratasys still maintains its trademark rights.

Working on this technology

FFF printers are the most commonly Cartesian or Delta type. By saying that we mean to refers to the coordinate system used by the printer to move the print head and the build plate of the printer. These three rails correspond to the three-axis of the printer.

The Print head which is the entire Extruder and nozzle assembly move in the X & Y direction whereas the Build platform moves in the Z-direction.

Starting with the raw material, the filament is fed into the extruder. Filaments of this printer are generally available in two different diameters, 1.75 mm which is the most common type, and 3 mm which is a rarely found type.

A particular printer is known to use only one type of filament. The gear mechanism pulls the filament and pushes it down to the heater, where the filament gets melted and then flows to the nozzle which is generally available in two diameters (0.2 & 0.4 mm).

It is important to note here that the nozzle diameter can affect the layer thickness and the print quality of a part or functional prototype.

The nozzle deposits the material onto the build platform in the appropriate geometry as per the model to be printed.

Then the nozzle moves in X & Y direction and deposits the first layer of the print.

After the first layer is completely deposited, the build platform drops down by a small amount equal to the layer thickness and the printing again starts for the second layer.

This process continues till the complete object is printed.

After printing the complete part or functional prototype, the object can be easily removed by hand or with a simple scrapper.

Important Parameters of this Technology 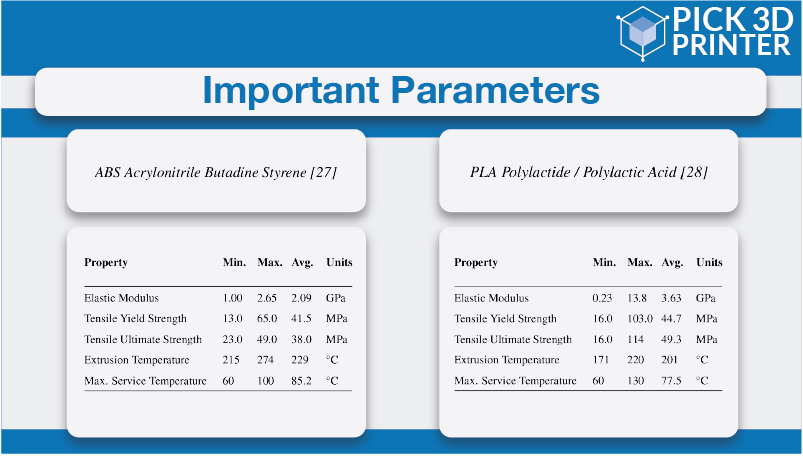 Ensuring below mentioned parameters are up to the mark in the FFF 3D printer would give you a good outcome of parts and functional prototypes.

Layer Height: The layer height is an implicit parameter in all 3D printing processes as it is in FFF 3D printing technology. Geometries are generated in the XY plane after which they are extruded along the Z-axis.

Printing Speed: The speed at which the printing happens in a FFF 3D printer depends on the material, size of the nozzle, layer height, etc.

The printing speed has a remarkable influence on time not for small models, but for large models, where print speed will seriously affect the total time the piece takes to be fully printed.

Temperature: The printing temperature of the printer depends on the type and the quantity of 3D printing material going through the nozzle. It is to be noted how each material has its theoretical melting point, but when 3D printing there is a different range of melting temperatures. So, you need to be cautious about it always.

Overhangs and Bridging: Because of the manufacturing strategy, sometimes it is natural to require building auxiliary support structures for those models with overhangs shallower than 45º from the horizontal plane. In the case when printers only have one extruder instead of a dual extruder system, once the model is printed, it is necessary to perform a manual and time-consuming operation to remove the supports. This process affects the quality surface between the model and the supports and also increases the chances of breaking the part. In addition, depending on the geometry of the model it can be impossible to totally remove the supports by the handle.

Overhangs are solid parts forming an angle with the normal of the base plane.

When the angle is kept above 45 degrees the supports for those parts and functional prototypes are in most cases mandatory.

But structures with angles between 45º and 80º can be printed without supports, reducing temperature and speed.

3D Printing Technology, technically known as Additive Manufacturing (AM) or Rapid Prototyping, is a manufacturing process in which layers of material are built up to create a solid object.

There are infinite 3D printing technologies differing from company to company and printer to printer, each with its benefits depending on the application, but this White Paper will focus on Fused Filament Fabrication (FFF) for plastics.

Whenever there is confusion in finding a 3D printer based on FFF 3D printing technology compare the features of the printer that you are referring to with this article and you would find the correct answer in place. All the best while you are out there buying the 3D printer.