The Internet of Things (IoT) is a massive network of interconnected physical items that collect and exchange data through the Internet with other devices and systems.

IoT is a cutting-edge technology that makes our lives easier and more enjoyable. This versatile technology has a plethora of uses and allows us to create a variety of spectacular projects to control any electronic gadget at home or in the workplace.

According to Statista Research Department, IoT is predicted to expand from 8.74 billion in 2020 to more than 13 billion in 2023. As a result, 2021 is the ideal year to learn about IoT and get started.

The internet of things, or IoT, is inevitably going to be a game-changer. IoT gadgets may now be found practically everywhere, in various forms and sizes, ranging from home appliances to automobiles to wearable devices. IoT technology is about to affect a slew of other industries.

Benefits and Reasons to develop IoT based Projects

IoT technologies are affecting how people live and work on a large scale. The smartphone, for example, is the most common means of bringing IoT to customers today. Smart devices and robots are boosting everyday life and activities at home and at work, in the office and in the warehouse.

Companies that use IoT solutions benefit from the industrialized services provided by smart machines and better operations. They improve their efficiency and productivity as a result of improved analytics control.

IoT technologies aid innovative firms by allowing them to better assess their consumers’ feedback as they use their products. Data measurability is unquestionably advantageous for speeding up the (re)positioning of a product on the market.

IoT is attracting policymakers’ attention to the construction of new and specific legislative and regulatory frameworks because it is a developing technology that also serves as an incentive for innovation. Governments are assisting IoT start-ups with money and other benefits.

The Internet of Things allows you to connect, manage, and control a large range of devices and objects that were previously impossible to connect, thanks to a wide range of existing platforms and protocols.

If you are seeking IoT project ideas, we have compiled a selection of the most fascinating IoT projects for both beginners and experts. These cutting-edge IoT projects will provide you the experience you need to become industry-ready and develop your career.

This system, which is powered by Arduino, consists of wireless sensor networks that collect data from various sensors at various nodes and transfer it via the wireless protocol.

A temperature sensor, moisture sensor, water level sensor, DC motor, and GPRS module are also included to deliver information about agriculture areas. All information is displayed on an LCD screen, and users are notified via SMS alerts on their smartphones.

This is a fantastic IoT project for newcomers. This smart agricultural system allows you to use your smartphone to monitor soil moisture, humidity, and water level, as well as automatically irrigate a piece of land and spray fertilizers or pesticides.

The system is made up of air sensors that detect dangerous chemicals and compounds in the atmosphere. It also keeps track of sound levels and sends data to an online server.

The sensors communicate with the microcontroller, which sends the information over the internet. Authorities can utilize the data to adopt pollution-control actions based on the information.

Sensing the level of water in a container is another use for the internet of things, which might be especially handy for pet owners who forget to refill their pet’s water bowl.

An ultrasonic distance sensor is attached to a Raspberry Pi board in this project. Once the project’s source code is installed onto the Pi, the device should be able to detect the amount of water in a tank.

When the amount is recognized, the Pi converts the information into a graphical display on an online interface that anybody may access. 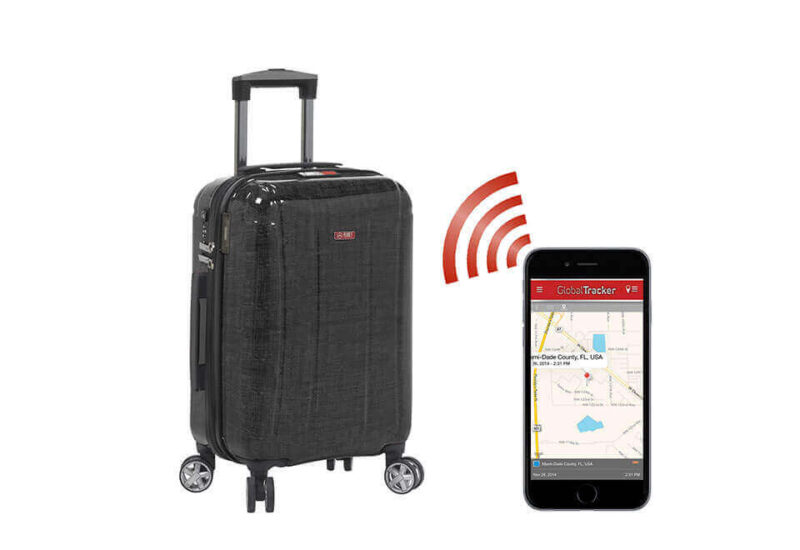 When you state that only 1% of baggage is lost during plane travel, it seems like a little percentage. When we look at absolute figures, though, 1% of billions of travelers is still a significant amount. It is possible that the next bag they misplace is yours.

This project creates a mechanism that allows you to track your luggage even while it is in the air. Build it, toss it in your bag, and you will be able to keep track of everything from your phone.

The goal of this IoT project is to create a gesture-controlled switch that can be used in both homes and public spaces. You will need an Arduino mini pro, an OLED display, a Channel Relay, a 5V converter, a Gesture Sensor, and a lamp for this project.

The gesture sensor detects motions in its immediate surroundings and translates them into commands for operating the light bulb or other electric appliances in the home. It is a straightforward but intriguing project. It is worth a shot.

Utilizing authentication devices to authenticate identification, this IoT gadget is a terrific approach to take attendance. This could be beneficial in companies and schools to determine who is attending and arriving on time for an event.

Once put together, you will have a handy IoT attendance system that tracks when someone signs in using their RFID tag. You can also create an online interface to examine the number of users, attendees (those who signed in), and the ID number of each user.

This project necessitates a large number of components, including radio frequency identification (RFID) tags, an RFID reader, a Raspberry Pi board, a breadboard, and other tools.

The instructions of the project say to use a Raspberry Pi 2, 3, or 3 B+ for this project; however, the comments say that other models would work as well.

IoT technology can also be utilized to save many lives in the healthcare industry. The Internet of Things-based Health Monitoring System is a fantastic IoT project that can assist patients in keeping track of their own health.

This technology allows users to keep track of their bodily vitals such as blood pressure, sugar level, and heartbeat and send the information to healthcare providers over the internet. Patients can receive timely advice from healthcare professionals based on their health status.

Several sensors, a microprocessor, a Wi-Fi connection, and an LCD screen make up this system. If the system detects any sudden changes in a patient’s vitals, it sends an email to the user/healthcare professional informing them of the patient’s condition.

Car parking is one of the most pressing challenges in today’s cities. There is a need for an effective car parking management system that can aid in the resolution of the parking situation.

IoT can assist in the creation of such a system. IoT-based automobile parking management systems aid in the efficient use of parking spaces.

It makes use of infrared sensors, dc motors, a Wi-Fi modem for internet access, and an AVR microprocessor to control the device. The IR sensors detect if a parking space is occupied, and the dc motors act as gate opener motors.

This Internet of Things project will detect dry soil and notify you when the plant requires watering. There are two sections to the project.

The moisture detecting system, which monitors when the soil becomes dry, is the first part. When the system identifies dry soil, it sends a signal to the project’s second phase.

The second section has a servomotor with a flag and a limit switch. As soon as the signal reaches the second part, the servo motor switch is activated, and the flag begins to rise to alert you to the problem.

The creator of this project shows how to put the hardware together, including how to connect the sensors to the breadboard’s GPIO ports.

The project uses Twilio, a cloud service provider, to send the collected data to other devices, and the guide walks you through the basics of setting up the connections.

This mail detector project requires a Raspberry Pi 3 and a few more components such as a breadboard, a laser, and a motion sensor.

Your Pi should be able to identify when the mailbox door is opened and an object enters the area after it is up and running. When your Pi’s motion sensor is triggered, you can configure the device to send you a text message.

What Is The Raspberry Pi’s Role In The IoT Based Projects?

The Raspberry Pi is a line of low-cost, programmable computers that have a set of GPIO (General Purpose Input Output) ports for connecting and controlling external electronic devices and creating Internet of Things (IoT) solutions.

Is The Raspberry Pi A Good IoT Platform?

Because several sensors may be linked to it at the same time, the strong CPU combined with Wireless LAN and Bluetooth 4.1 radio makes it a great contender for IoT projects.

A 40-pin GPIO (General Purpose I/O) connector is also available on the Raspberry Pi for connecting to external sensors.

Which Raspberry Pi Is The Best For IoT Based Projects?

The Raspberry Pi 3 Model B+, with a wide range of components including a 1.4 GHz processor, 1GB SDRAM, 4 USB 2.0 ports, and several IoT connectivity possibilities, is perhaps the most popular model.

What Are The Most Important Components Of IoT Systems?

Is Arduino Used In The Internet Of Things?

A microcontroller board called an Arduino can now be found at the core of many Internet of Things (IoT) applications.

Arduino is an open-source platform that consists of hardware and software that is easy to use. In a nutshell, it can read sensor data and control everything from LEDs to garage doors.

What Technology Is Employed In The IoT?

Physical connectivity options (cellular, satellite, LAN) and specialized protocols used in various IoT contexts are included in the communication layer (ZigBee, Thread, Z-Wave, MQTT, LwM2M). One of the most important aspects of building an IoT technology stack is selecting the appropriate communications solution.

How IoT Is Used In Our Everyday Life?

The following are some examples of how we use the Internet of Things in our daily lives:

IoT refers to the billions of physical devices worldwide that are connected to the internet. It successfully integrates the digital and physical worlds.

We have offered some intriguing IoT project ideas in this post that will help both beginners and experts improve their skills and earn real-world experience by working on these IoT project ideas.

Which Raspberry Pi is Best to Buy For your Projects

CNC Router vs CNC Milling - Which is Better