Being a 3D printer that is known for its laser engraving capabilities, the Bibo Dual Extruder 3D printer has evolved by carrying its distinguished set of features. The machine has been manufactured by a company based out in China named Shaoxing Bibo Automatic Equipment Co. Though the looks of Bibo 2 is very similar to that of Makerbot Replicator it has set its own example in terms of operation and results when it comes to 3D printing.

Bibo Dual Extruder 3D printer is smooth and very accurate. Because it is an FDM printer, the speed is not an issue. The 3D printer prints with fast speed and an extra extruder add to that benefit. Even the most complex geometries are also easily printable using this machine.

The only thing that one needs to take care of, is to employ the best printing practices when trying to achieve the best results. The Bibo 3D printer is not very expensive and can come for almost $680 which is the price of the standard version. This price may change when choosing other variants of the machine. Additionally, it falls very much in the budget for most enthusiasts and home users. Looking at its results, even professionals can use this 3D printer for bringing, in reality, their creativity. 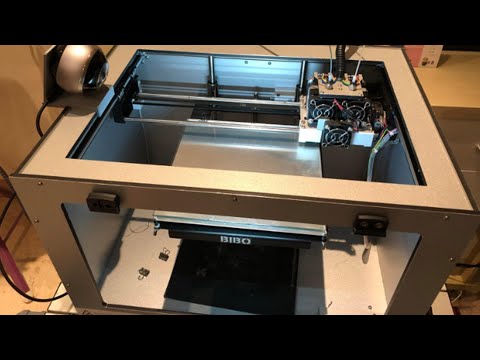 Compare
Thanks for subscribing! Please check your email for further instructions.