BIM has many different approaches allowing varied teams of architects, engineers, and contractors to work in an integrated fashion. At the center of it is an all-inclusive, 3D model of a real building or facility stored on shared files or a database.

It can be used by project managers, cost engineers, fabricators, builders, and building maintenance teams at the same time, to reduce rework, improve quality, and ultimately reduce their costs.

In recent years, 3D Building information modeling (BIM) has emerged as a potential tool to enable this new way of working and is all ready to evolve and grow even further.

The significant benefits of this tool are so impressive that the use of it is increasing, both, for public and private-sector projects.

Overall, the 3D BIM model’s use leads to a reduction in construction costs is frequently cited as 15-20%, and lifetime cost savings as high as 30%.

Arguably, BIM is complex to implement and it requires major changes in work processes, new skills, and a good amount of investment in software and other kinds of digital infrastructure.

However, its uptake is growing at a fast pace and this is what lets BIM evolve into a sophisticated solution touching on every aspect of the lifecycle of new physical assets.

Currently, over 75% of major construction firms and architects use BIM. So, let’s take some time out to understand what does BIM does, how it works and what does it exactly mean to adjust to BIM, and how it is believed to bring very much excitement in the coming future.

What is the BIM Software? 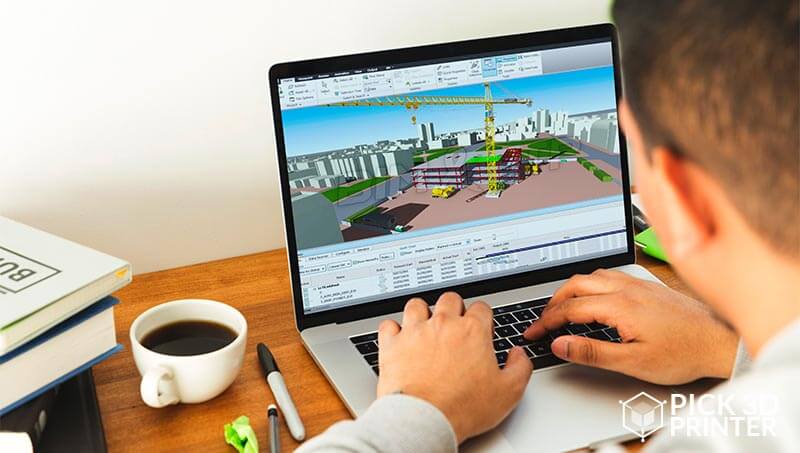 3D BIM modeling’s roots were grown far back in the year 1975. Charles Eastman, the then professor of Architecture at Carnegie Mellon University published an article in the AIA Journal.

In that article, Mr. Eastman wrote about an envisaged computer database, referenced to a 3D model, capable of associating information such as CAD drawings, costs, materials, schedules, and so on.

Eastman’s version consisted of a concept way ahead of its time and also way ahead of the abilities of the computers of that day.

This led to the development of a simpler concept from which computer-aided design (CAD) was also born in the 1970s which proved to be cost-effective for architects and engineers.

Because it eliminated the need and time taken for 2D pen-and-paper drawings!

Today, after the development of the Internet and other digital technologies, BIM underpins the digitization of AEC disciplines and it’s possible to easily visualize larger and even more complex projects.

How Does 3D BIM Modeling Work? 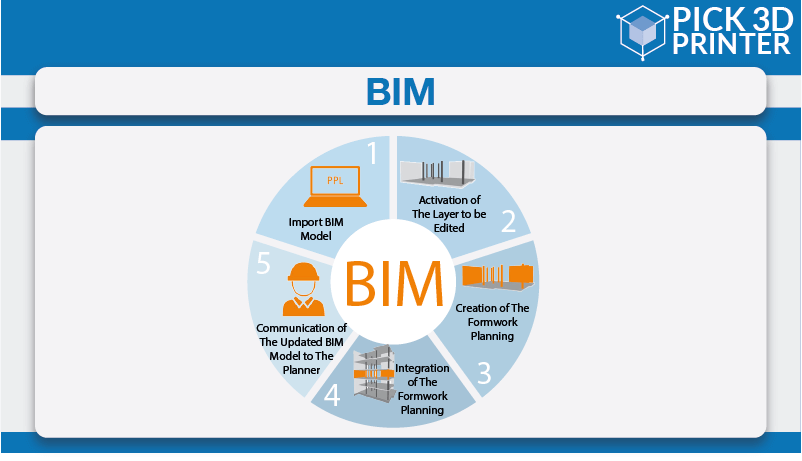 A range of different companies starting from Autodesk, Aviva, Bentley, Hexagon, Trimble, to Dassault offering 3D BIM modeling services. Most of these have evolved from providing more basic CAD offerings.

They offer software support capturing the richness of 3D BIM models and a wealth of additional information which helps you to collaborate in the already created multiple disciplines.

So, there is not any ideal “one-size-fits-all” solution, instead, there is a range of different software existing to meet different needs.

After having stated so, we’ll take you through the complete procedure that is followed in a typical 3D BIM modeler.

Any of the above-mentioned company’s BIM software is more data-intensive than CAD. To illustrate its workflow, take an example, of a circle on the roof of a CAD drawing.

A general way to annotate it is in the form of a light fitting, but if you are using a 3D BIM model it would be identified explicitly as a light fitting simply because of the other data that describes it.

So, when it comes to associating, additional data extended to all the aspects of building design makes BIM enormously powerful.

Because it permits cross-disciplinary teams to immediately check whether their designs fit together and meet project requirements, for quickly deriving cost and construction schedules, simulate occupancy, and a lot more.

BIM procedures can bring into place, by ensuring separate designs for HVAC, electrical, and plumbing. Because that is something which should fit together without clashes!

You can quickly iterate design options for finding the optimum solutions considering the cost, timescale and, environmental considerations of your project.

Moreover, the entire construction process including landscaping and interior finish can be simulated and walked through for eliminating the bottlenecks.

Such procedures can be ground-breaking and can be achieved at the cost of willing to adapt to new ways of working.

For doing so you would have to move from producing deliverables in silos to working in an integrated fashion in real-time with architectural, engineering, and construction disciplines.

After having gone through the procedure, it’s time to know the possible manners in which BIM can be adjusted within your existing system.

How to Adjust with BIM? 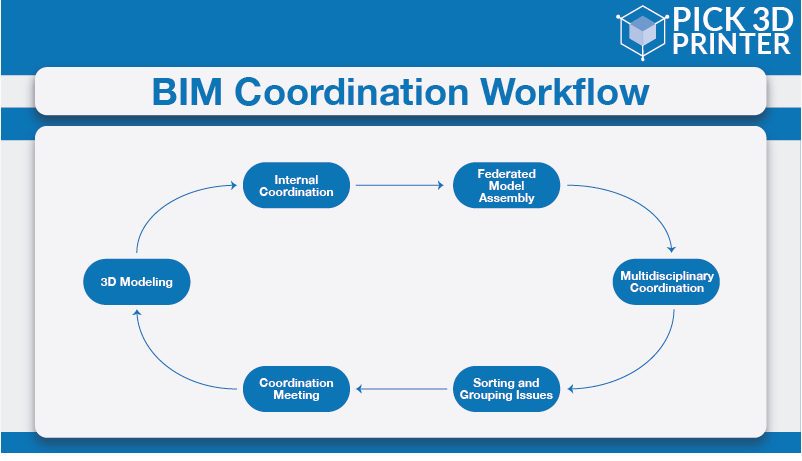 Of course, there is not just one, but many adjustments that are needed to make on various scales for adapting to BIM.

Already decided upon standards define everything starting from how data is exchanged between BIM software to the format of documents that are used in defining a BIM process.

In an ideal case, there should be entire glossaries existing for defining these. Even after these many terms may seem strange initially, whereas few must be complex to grasp.

For example, the document that describes who builds which part of a BIM model, known as the BIM Execution Plan (BEP).

The other one is the details of exactly what information must be captured, contained in an Exchange/Employer Information Requirements (EIR) document.

Majorly, there’d be a new role i.e. of the BIM manager who acts as a coordinating catalyst. He/She is involved in cross-team collaboration and ensures the quality of information captured in the constantly changing BIM model.

This can be a full-time position in larger projects and organizations. Another set of positions consists of titles such as BIM technician, BIM engineer, and BIM architect.

Obviously, the exact job descriptions of these titles may vary; because these are roles that involve an in-depth understanding of the used software or the simulations and modeling supported in them.

They are increasingly expected to be BIM savvy i.e. well-versed in:

Ensuring its Reach is Ever-Expanding

Although 3D BIM modeling hasn’t quite touched most AEC players, the situation is changing fast. SMEs are adopting BIMs.

Generally, smaller companies tend to have employees that multitask, leading to the production of fewer opportunities to take advantage by improving collaboration.

Additionally, they have lower customer demands for operations information. Moreover, they can find the upfront investment in software and training a deterrent.

All of this is changing as software with functionality and tools and getting more and more SME-centric and hence cheaper!

Stating about the industry experience, it is easier to access also the quality on which it is getting trained is both better and available for a lower cost.

So, overall the scenario is now changing. Tools are beginning to interface and incorporate BIM standards which permit it to become a more integral part of the project and expose time, cost-efficiency, and opportunities.

Difficulties that Lay in the Path

BIM is not a panacea and can still be badly implemented or used inappropriately as it has its own potential downsides too.

No matter how good a virtually real model of BIM model is, the physical realities can often be completely different.

BIM can also raise significant concerns regarding contractual, intellectual property, and legal standpoint. These can be centered in terms of ownership of data and sign-off of deliverables.

What are the Promises for the Future as BIM Matures? 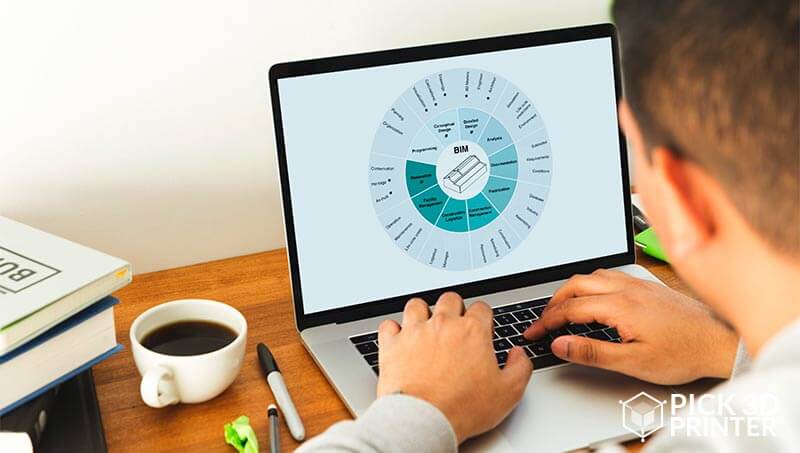 There are different levels that will make up for an internationally agreed model for BIM.

These are the levels that are assisting us in adopting this technology more and more. It is worth noting how compliance with level 2 was mandated by the UK Government in 2015 specifically for large public projects, and many other countries have now done the same since then.

Beneath each of the above-mentioned levels, there are multiple tiers of requirements that are standardized in an agreed International Standard: ISO19650.

This standard offers a common definition and a description of key process steps and deliverables. Significantly, these standards also impart on us how information can be exchanged between the two worlds, BIM-using, and the non-BIM-using world.

Data from sources that do not use BIM like equipment manufacturers can be translated into formats that BIM software can understand.

Whereas BIM systems can provide outputs that can be understood by auditors. Soon as the bridge between them grows stronger BIM can completely be used to act as a catalyst for the digitization of the entire construction value chain.

Promises for the Excitement of the Future

With many AEC operations moving towards or consolidating around level 2 BIM, many are ready to gear up!

Clearly large and advanced firms are not waiting for a level 3 mandate and are already making it happen as the examples ranging from large projects prove.

There is an adoption in shared databases in the cloud to fabricators for banning the use of separate cost spreadsheets, instead of building that functionality into shared toolsets.

Comprehensive 3D BIM modeling also makes the use of virtual and augmented reality much easier. This they do by walking through the proposed designs and the sign-off and commissioning of individual models.

Practical implementations of 3D construction progress are being automatically captured by drones and activity tracks against the plan.

The application of AI is also making the complete thing very easier with a foundation of BIM data. This concept is already being used for generating significant parts of designs.

Stating the same on the grand scale, the connection of multiple 3D BIM modeling helps simulate and visualize smart city which seeks the development of the future.

Overall, BIM is underpinning the digitization of the complete end-to-end construction process. It is playing a key role in realizing the future of our built environments.

Given the future benefits that 3D BIM modeling is able to pose in front of us currently, the technology needs a lot of standardization.

Only after undergoing such a generalization, BIM can start to benefit firms involved in the process of designing a construction project in an equal or just manner, not before that.

As mentioned above, level three acceptation is something that would be a huge relief, but it’s yet to be achieved. And hopefully with more and more acceptance and use of 3D BIM modeling the acceptance would not be far away.

But, till then the road is a little dicey with larger firms able to benefit more from this technology than smaller firms that lack the awareness and the cooperation as well as the manpower to do so. So, it’s still a long way to go.