The process of producing an image based on three-dimensional data that is already stored inside the computer is called 3D Rendering.

Due to its practical application, it is often referred to as very similar to photography or cinematography because the way here to you are lighting and staging scenes and producing images.

However, what differentiates 3D rendering from regular photography is the scenes that are being photographed, which are imaginary and not real.

Everything that appears in 3D rendering needs to be created in the computer before it can be rendered. Although there is a lot of work that needs to be done by the artist, in turn, it allows an artist to have complete control over every scene that appears on the screen and how it is seen on the screen.

The data that is seen on the screen can be a complete scene that includes, either three-dimension objects or buildings, either landscapes or animated characters. It depends on the artist whether he wants to or needs to create this scene by modeling and animating before rendering or not.

3D Rendering process depicts a three-dimensional scene as a picture taken from a location and/or perspective, rendering of this could add in the simulation.

Realistic lighting, shadows, atmospheric effects, colors, different textures, and some optical effects like the refraction of light or blurring the screen can be added while simulation.

Overall, the rendering can take a picture to even appear like a painting or an abstract image. To know the history of this technology, let’s travel back in time through words for a while.

What Is 3D Rendering? 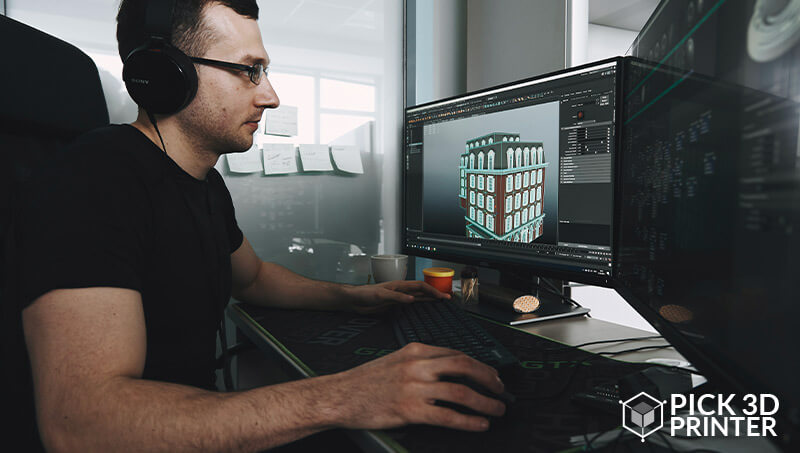 It isn’t hard to notice the use of computer graphics technology in the field of games, movies, professions such as architecture, etc.

The field of studying any object’s model with the help of 3D modeling and 3D visualization with aspects such as prototyping, ergonomics, texturing, and functionality, is called 3D rendering. A little recap of the technology would better help you understand what it entails.

The concept of rendering came into work in the 1960s. William Fetter’s depiction of a pilot for simulating the space needed in the cockpit presented in front of the world the first-ever application of what is 3D Rendering.

Three years later this incident, Ivan Sutherland created a modeling software named Sketchpad while his presence at MIT. It is for creating this work that Ivan is also known as the Father of Computer graphics.

Progressing ahead, in 1975, Martin Norwell created a 3D test model called Utah Teapot which became a standard test render for the times. 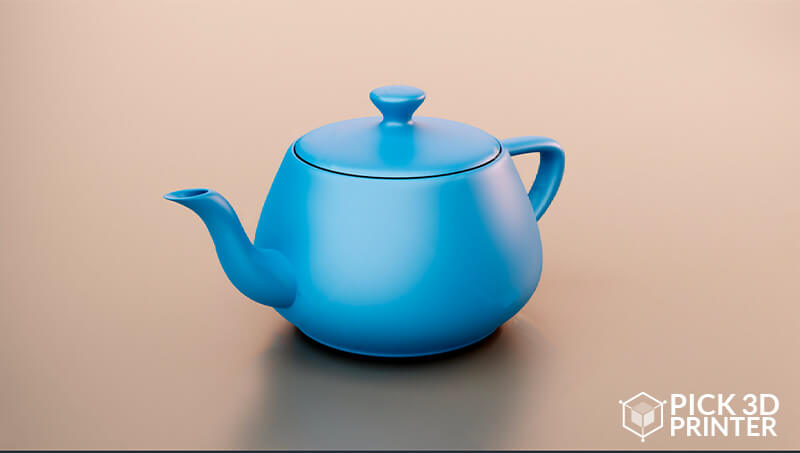 Owing to the inventor, the invention is also known as Norwell Teapot. This was an iconic invention and is viewed as a Hello by humans to the world of computer programming.

In all these years, 3D rendering has got matured enough to let its users seamlessly work with it. 3D Rendering is not bound only to the graphics industry and can work on vast platforms.

The technology has gone beyond one industry and can be used with the medical industry, architectural industry too apart from engineering, movie, and video industry.

After giving you a little introduction about 3D rendering and taking you back to the time, let’s look at the stages that are involved with 3D rendering, who are the professionals that are engaged in this process, and the software that is currently used for this work.

For all those who are already familiar with 3D modeling, are going to find 3D rendering closely related to each other. The reason for finding this familiarity is that, in 3D rendering, the image will be built in a 3D dimension based on the 3D model. 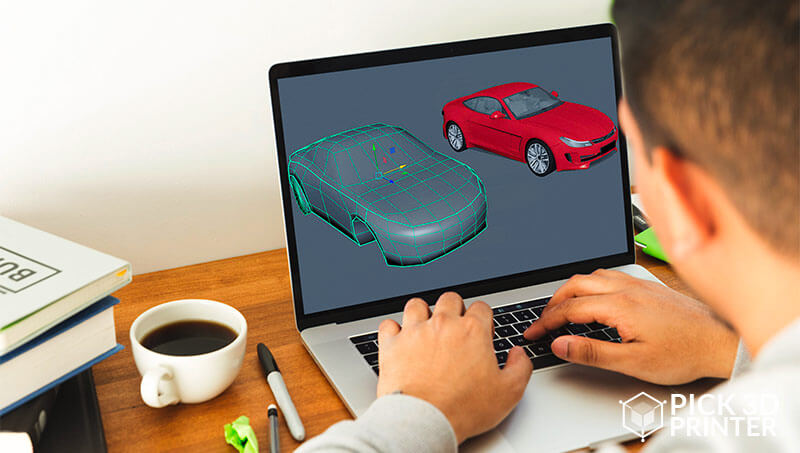 Apart from 3D models, the image editors that are used for two-dimensional visualization are also used for creating a simple image. This image, which is the first step for 3D rendering is done by following some steps.

Rendering is one step of imaging. It allows users to have a look at the flat version of any image in three dimensions. Typical time that rendering can take can range from a few hours to a few dozens of hours.

Everything, from the computer that you are using to its configuration, affects the overall time of 3D printing. After talking about the steps that are involved with 3D rendering, let’s talk about the people who are involved in the field of 3D rendering that is currently doing this work.

Professionals in The Field Of 3D Rendering

A 3D designer is someone who has a complete idea of 3D rendering. And experienced personnel working in this field can create anything, as small as a 3D banner, to as big as a computer game or model.

For developing a complete product using 3D rendering, the expert needs to work with not only 3D rendering but also with 3D graphics creation which involves, modeling, texturing, lighting, animation, and visualization.

All he/she needs to know is how to use the 3D modeling software that allows them to render. However, a good 3D designer would be someone who also knows the formulas that are stored by computer programming in this software, so that whenever the need comes in, he can do the work in both ways i.e. offline as well as online.

It is to be noted that the professional who has gained training in two-dimensional software, would also have to gain the complete knowledge of this software before undertaking any projects.

Applications Of 3D Rendering in Movies

Huge studios of animated movies like Pixar, Dreamworks are changing the bits and bytes of animated characters.

Kungfu Panda Two, Raccoon, Avengers, Transformers, you name an animated character and once you start to get this lense of 3D rendering in your head, you will get to know how that character was 3D rendered.

So the movie industry is considered to be one of the biggest areas of application of 3D rendering.

Compared to the 70s when star wars were made possible, computer-generated imagery was not that real. Yet, people were awed by seeing the characters and thought behind it.

This was the first time when in a movie, 3D rendering was brought into place and people’s jaws were dropped. After this came Mr. Steven Speilberg’s Jurrasic Park and people’s jaws dropped even further. And they keep on dropping since then.

Application Of 3D Rendering in Architecture

Unlike movies, which got a real touch to its characters after 3D rendering came into place, architecture got a romantic touch. 3D rendering made visualization of a 50-story building’s interior and exterior on a single screen.

Before architects and engineers required to put this thing on the page but after the invention of 3D rendering, they can exchange their thoughts in files. 3D rendering became a whole new language for them.

They could communicate with each other more efficiently and faster than ever in the field of architecture. And the result of this is that construction speed increased to what it currently is!

Now that you know about the professionals involved in the field of 3D rendering, let’s talk about the software that they use for 3D rendering and a little bit about that software.

Which Software is Used for 3D Rendering?

As said above, a 3D designer should have complete knowledge about this software and the tools by which they can create images as per the requirement of their user.

This software is not available for free and they demand proper training before they can be used. There are certified courses available online and offline, by undergoing which one can be said to be a certified 3D designer.

However, gaining expertise on these applications requires field knowledge which is a lot more than the theory and practice that is taught in these courses.

Hence, after gaining the knowledge of this software, one should practice under an experienced 3D designer to gain the field knowledge. Some of the most popular software in this field are:

1) 3Delight: Running on Microsoft Windows, OS X, and Linus, 3Delight is a computer graphics software that is developed by Illumination Research. For all those who are familiar with the movie called Chappie, would be excited to know how 3Delight was the software that created VFX for that movie. History has it how this was the first software that was made available to the public in the year 2000. Technically, this software was made by combining the REYES algorithm with the ray-tracing technique.

2) Autodesk 3DS Max: Formerly known as 3DStudio and 3D Studio Max, this is a professional 3D graphics program on which one can develop 3D animations, models as well as games, and images. As the name suggests, it’s developed by Autodesk Media and Entertainment, a name that is familiar to everyone who deals with three-dimensional work. 3D Studio was developed for the DOS platform by Gary Yost of the Yost Group and was published by AutoDesk.

3) Arion: With Arios you can use the 3D rendering tool using a visual user interface. It is a physically-based, unbiased rendering engine that is developed by Random Control. Maverick is their flagship rendering technology and ArionFx is their post-processing tool that is used by 3D designers worldwide to 3D render objects.

4) AutoCAD: A commercial computer-aided design and drafting software that’s developed by Autodesk, Autocad is used in various types of professionals such as architects, project managers, engineers, graphic designers, city planners, etc. Historically, Autocad was released by the name InterCAD in 1979. The year 2020, marked as the 34th release of AutoCAD for windows operating system. Here is how you can get this software for free.

Now that you understand 3D rendering better than you used to, you can figure out, how 3D rendering can be helpful to you. You can render anything using a 3D rendering software.

Commercial renders allow you to view the complete design of your project long before the actual creation happens. Viewing this in front of you, let’s make the changes beforehand and avoid spending time while actual construction takes place.

Though this is all in animation, you can see even the most complex simulation which takes you much time to imagine if someone explains you. Be it a structure under stress or a bouncing boat through the waves, rendering let’s you see it all.

We have given two most popular examples of applications of 3D rendering in the above article, apart from those two, 3D rendering can be used in Medical Imaging, Safety Training, Environment Simulations, Product Prototyping, Engineering, Virtual reality, and Video Games.

Years before when 3D printers were new, it was the same confusion of users i.e. why is there a huge difference between the rates that one company charges to others? But we guess that is the case with every industry and its no new.

Before a technology becomes simple enough for a layman to afford it, these charge variations do remain and they will. 3D rendering is extremely important for all those who wish to see their future in the additive manufacturing market.

So, whether you a beginner, an intermediate, or an expert in the field, you got to know this technology.