ASA stands for Acrylonitrile Styrene Acrylate. This material resists ultraviolet rays and is a weatherable polymer.

Some websites refer to this material as Engineer’s best friend because of its ability to make parts and functional prototypes that are used in the engineering industry.

If anyone reading this is a fan of playing Lego. Congratulations! You’ve already seen and played with a part that is an outcome of ASA 3D printing.

In this article, we are going to try and present you with the most important facts about this material and suggest some of the companies that offer this material. We will also give you some tips for ASA 3D printing.

Although we wish you to not confuse yourself by considering ASA and ABS as the same material, we would also like to tell you how they both are related to each other in the manner that the former is an updated version of the latter.

All those who have had printing experience with ABS might be busy thinking about how your problems in printing with ABS, might be carried forward with ABS as well.

We would like to inform you that your wondering has a positive end. In the sense that there are some difficulties that you will encounter while printing with ASA.

Just like ABS, this material is also sensitive to heat when you are 3D printing this material to manufacture a part or functional prototype.

The parts and functional prototypes are known to be very heat resistant and durable, they are also rigid and strong and can be even more rigid and stronger compared to the parts manufactured by ABS.

Let’s start our journey of going into detail about this material by mentioning a few printing tips that you should take into account while ASA 3D printing.

Tips to Take into Account While ASA 3D Printing

As mentioned earlier, if you have already printed with ABS, you will relate to ASA as a very sensitive material to 3D print a part or functional prototype with.

So, your printer settings will play a key role in getting you to manufacture a part or functional prototype closer to that of your imagination in reality.

When you are printing with ASA, you are advised to use the default settings that you were guided by your manufacturer.

Apart from that below mentioned are some tips that will help you not face difficulties that people printing with ASA without reading this are bound to face.

After having learned about the tips that you need to take care of while ASA 3D printing, we will now learn about the different companies that offer this material for 3D printing of parts or functional prototypes. 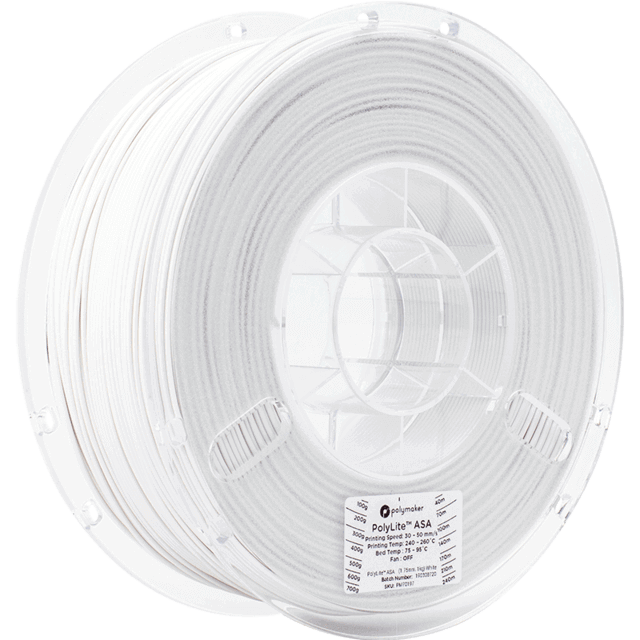 Offering a tolerance level in the range of plus or minus 0.03 mm, Polylite ASA is an excellent filament because experts have very little to watch out for while printing with this filament.

Polymaker, is a company that is formed of international team members, all of them sharing a single passion i.e. 3D printing technology.

They guarantee to produce the best 3D printing materials that are enjoyed by most of the professionals in the world.

Claims about the quality of their filaments, made by them include controlling the manufacturing process at every stage of it to ensure the end result is excellent.

Be it high-performance plastics or unique aesthetic solutions, Polymaker constantly strives in adding to its portfolio of filaments every year.

The plastic for making these filaments is been sourced by JF Polymers which has a 4.6 out of 5 ratings on Amazon.

Black and White are the two colors in which you can buy this filament. 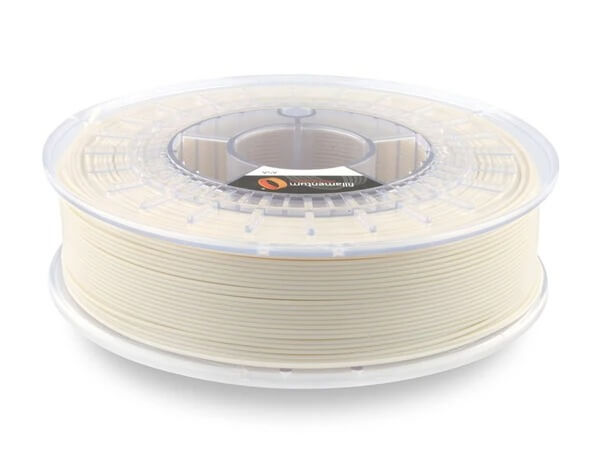 Although this one has some more tolerance than the previous brand it is not as bad to print with this filament as it is with the previous one.

You can get this filament at $35 for 0.75 kilograms which is a bit expensive than other ones on this list.

But the main reason for this filament being extra priced than the others is its recyclability. 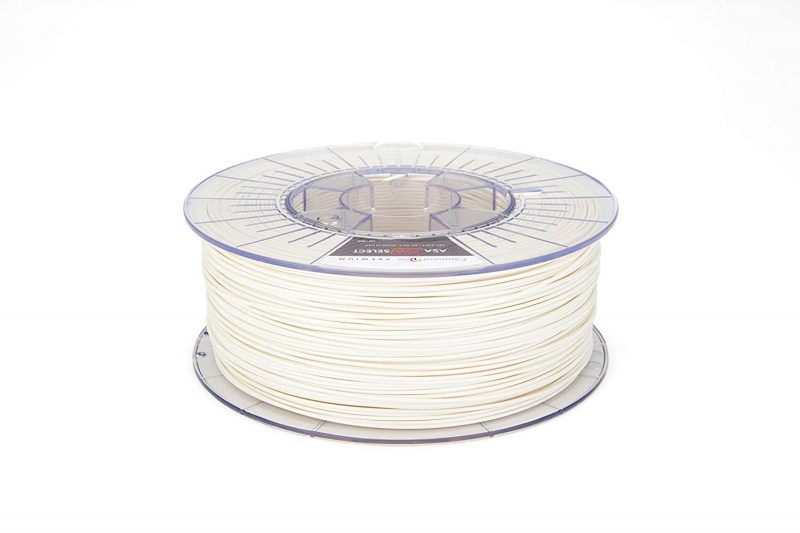 Having a tolerance level of plus or minus 0.02 mm, Filament One Pro is an extremely good filament to print with when you wish to achieve dimensional accuracy of a very high level in the parts and functional prototype that you wish to print.

Filament One claims that the ASA that they manufacture has low warping properties compared to others and has a strong layer to layer adhesion.

If these claims are correct that you can use them to experiment and manufacture parts or functional prototypes that need such properties.

The nozzle temperature that you are advised to use while Filament One Pro’s ASA 3D printing is 235 to 255 degrees Celsius.

While the bed temperature range that you should keep while printing with this filament on your 3D printer is 80 to 90 degrees Celsius. 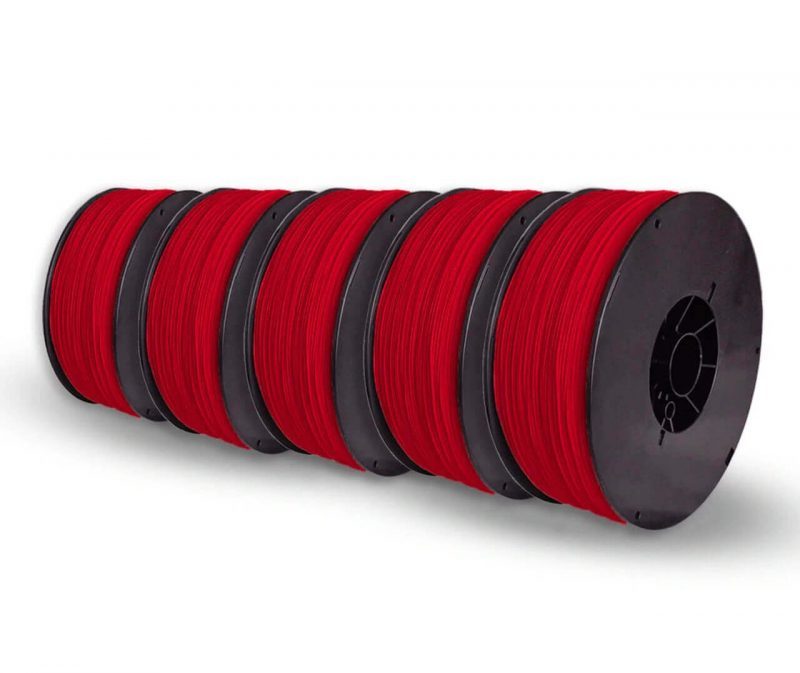 This filament has the same tolerance as does Fillamentum Extrafill. But it is has a price of $43.

For those who wish to not have any recommendations, while 3D printing there is good news i.e. the manufacturer of this filament suggests no recommendations for nozzle size or the layer height.

The parts and functional prototypes printed with this 3D printing filament are known to have a matte finish and this filament works very well with water-soluble support materials if the claims of the manufacturer of this filament are to be believed.

Lesser warping than other filaments and easier to print than ABS filaments are also some eccentricities of this filament. 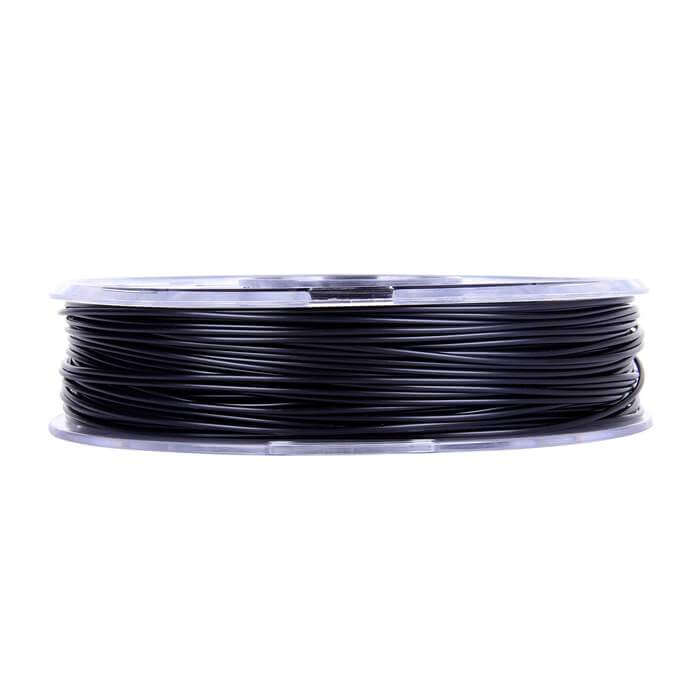 This is one of the most reputable brands in the market specially dedicated to making 3D printing filaments.

Their option for ASA is called eASA which is available for a price of $37 per kilograms.

There is a whole lot of information that is provided on the company’s website regarding this filament like there is the melt index, tensile strength, other modules, etc.

A strong claim on the website of this filament manufacturer is that this filament is resistant to weather, heat as well as elastic.

eASA comes in two available colors and spools that weigh 0.5 and 1 kilograms.

The feed rate recommended while printing with an eASA filament ranges from 20 to 90 millimeters per second.

The idling speed of which your printer should have while 3D printing a part or functional prototype range from 90 to 150 millimeters per second.

ASA 3D printing is fun to play with for experts in the field of 3D printing, the beginners could get a lot to learn with while the intermediate can upgrade themselves from where they are to the next level.

Think of an outdoor project or a functional prototype, printing any of them using ASA is a great thought.

Though it is expensive than ABS or other general filaments, ASA 3D printing is an upgraded version and a fantastic filament for rough and tough used cases.

There are many brands that offer this filament so you get more choice to print a part or functional prototype using this filament.

Plan your budget according to your project and then choose the filament which works best.

But before budget looks at the properties of the filament and make sure they suit the 3D printer you are using for their project. Good luck with your printing.