Rapid prototyping is the simplest alternative to conventional manufacturing methods.

It doesn’t only allow fast production but also high precision of the end model.

Therefore, a lot of companies, from a variety of sectors rely on these services for creating parts and models before finalizing further mass production.

Rapid Prototyping services allow the assessment of the models’ performance in real-time. Hence, it has huge importance among manufacturing companies.

How are Rapid Prototyping Services Carried? 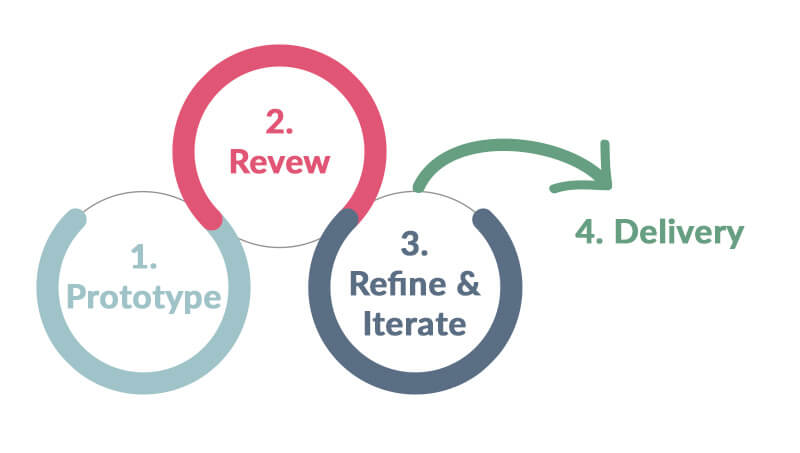 It is majorly a four-step process. Here is how a usual Rapid prototyping service accomplishes its projects.

The process starts with the creation of a 3D file.

These files are the replica of the models we wish to create. In order to design these files, one must take a few important aspects into consideration.

For instance, if the model is suspected to have major tolerances, it is wise to have a 2D plan for the design ready along with the project specifications.

Using the important details into consideration, the designer creates the 3D file for the desired model.

Well, every process has a cost connected to it. And, rapid prototyping of models isn’t different.

The cost of the models differs depending on the myriads of factors: model finishing, geometry, and more.

In the case of complex parts, companies often go with the testing of models. Experts produce only a few parts.

To check the part’s resemblance and performance against the set requirements, the testing phase comes into play.

This decides if the 3D file will need further changes or it is okay to allow the mass production of the tested 3D file.

How did evolution lead us to Rapid Prototyping Services? 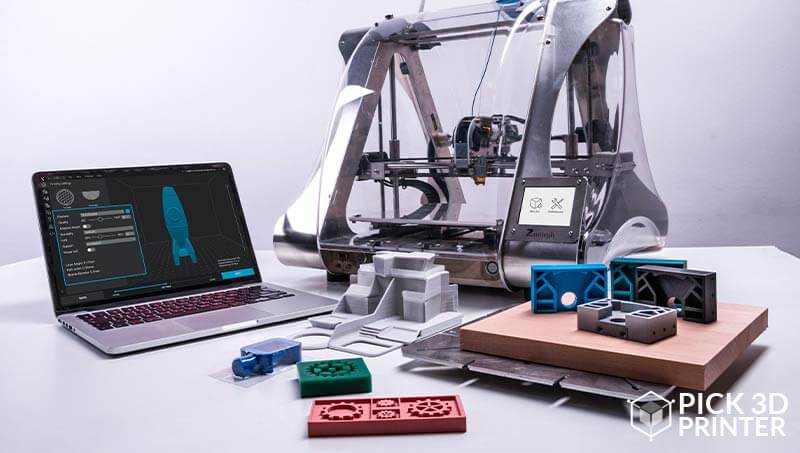 So, you now know that rapid prototyping has something to do with manufacturing.

And manufacturing has all things to do with products that you see all around you.

So, think about the laptop that you are using to access this article, or maybe about the cell phone or desktop or a tablet, how was it manufactured?

Think a little bit about the process of manufacturing and the calculation it requires.

To the end questions, how much satisfied you are with the product when compared to the idea that you had in your mind?

What has led to the little bit of dissatisfaction that you have? Is it the fault in the idea or the manufacturing process?

Rapid prototyping services is that experiment of humans wherein taking the help of a machine to manufacture a sample of the actual product and see before starting its manufacturing, go right.

So, then the question comes about how is it different from the traditional methods?

The answer to this question lies in three-dimensional computer-aided design data.

What rapid prototyping does is, gives you more scope for experimenting with your product design by developing a sample i.e. a prototype of the same before developing a product.

You can analyze this sample or prototype and see if you need any improvements in it, talk with your design team, do some edits in it, again experiment, and ensure you get the quality that you needed.

So, this gives you the foreknowledge of the product before its creation. 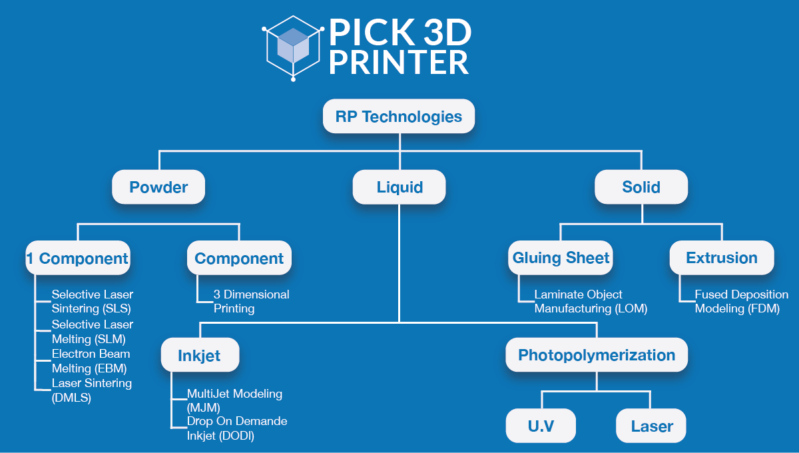 A group of techniques that are used to quickly create a scale model of a part or assembly using three-dimensional computer-aided design data is called rapid prototyping.

Going back in history, we find out that the first rapid prototyping technique was Stereolithography. It was developed by 3D Systems of Valencia, CA, USA.

The company was founded in the year 1986. Since that year rapid prototyping techniques have grown from one to many.

References have also been made to solid free-form manufacturing as rapid Prototyping.

One of the most basic uses for rapid prototyping is as a vehicle for visualization.

Additionally, rapid prototyping models can be used for testing, an example of this is when an airfoil shape is put into a wind tunnel.

These models can be used for creating male models for tooling, for example, silicone rubber molds and investment casts.

The main benefit of this technique is that, if you are completely satisfied with the final prototype, you can consider that as a final part also.

The only downside to it is, in most cases the rapid prototyping material is not strong or accurate enough.

However, it is in your hand to choose the material that you wish to.

There is a whole range of experimental rapid prototyping methodologies that are either in development or currently used by small groups of individuals.

As soon as you try to google this term out, you get lots of suggestions.

So, what happens exactly after going through all of these. You get to know the name of a few companies that have made it to page one or two of the search list and you decide from that, the service provider which suits you the most.

What about the service providers which are mentioned on say the fifth page of Google, would be able to reach out to them, know which services they provide, or anything?

The answer tends to be more towards no than yes.

So here we have tried to turn your spotlight to three such companies that are not present would not appear to you in the first few pages of Google search, but they provide you the service that you are seeking.

Not only do they help engineers create lightweight and optimized parts with their functional requirements built right in, but also they have a history of offering unparalleled flexibility in the field of new manufacturing technologies.

This flexibility introduces challenges to traditional engineering workflows, and are smoothened by the new manufacturing technologies.

The company has a belief in the fact that rapid prototyping services will build the future world with more accuracy than any traditional manufacturing service could provide.

If you notice, the name nTopology, includes the word topology, which often leads to thinking that this company mainly focuses on surface optimization, which is not the truth.

The company claims how its name is related more to geometric modeling technology than to optimization.

Traveling a little back to catch up on the company’s history, they started nTop, for building an engineering system that removes all modeling bottlenecks.

With the services that they offered, you could design what you want, when you want, not limiting in the shapes you can make.

This is the real truth behind the name, son in the Topology is actually a denotation for any topology you wish to make.

You are likely to have seen the company’s software in action. You just didn’t know it at the time you saw, that it was made by ThreeKit.

The company’s story begins in Hollywood back in 2005 when Ben Houston, Threekit’s founder, and CTO, created the CGI software.

This software was then used in dozens of blockbusters, ranging from Harry Potter to the Twilight saga and The Avengers.

It was in the year 2014 that WebGL, the company’s software was launched, and suddenly, brands and other companies realized something very important.

They could now show interactive visuals online, that’s when Threekit picked up as a software service provider, the software made by Ben was suddenly in high demand.

Threekit then became a go-to software company where people came to create, edit, optimize, and display their amazing product visuals not only for use on the web, or in e-commerce, but also at trade shows and beyond. In the year 2018,

Threekit teamed up with digital commerce veteran Godard Abel, who also is a serial entrepreneur, the same one who’d built and sold enterprising software companies namely the Big Machines and the Steel Brick from the ground up.

Since then, Threekit is busy redefining the landscape of visual commerce.

There are three columns under the solutions tab of Threekit’s website, where industries are listed down.

The column titles are Industries, e-commerce platform, and for partner agencies.

The first one consists of furniture and home goods, commercial furniture, building materials, clothing and shoes, manufacturing, medical devices, and life sciences, jewelry and watches, kitchen and bath, and luggage.

Essentium manufactures and delivers innovative industrial 3D printers and materials enabling the world’s top manufacturers to bridge the gap between 3D printing and machining and embrace the future of additive manufacturing.

Initially launched as a research-related company, for addressing questions like how to create the next generation of materials?

Mainly for understanding the mentality of users of the world and their thoughts on the available options for future materials.

By conducting research, new formulations, and testing them out, they distributed their materials, all this in June 2013.

Two years later, they began to dive into nanotechnology research and wanted to discover an application that could have more impact than applications of those times.

The prosthetic world was where Essentium’s research showed, there were some scopes of improvement and hence they chose it.

In January 2016, Essentium started to dive into 3D printed parts and functional prototypes.

Their initial thought is the connection between the advancement of 3D printing through an interface.

Since then the company has been launching products and services related to rapid prototyping services in this segment and more on.

Pushing on the connection between the interface and advanced 3D printing the company started interacting more and more with 3D printers available in the market.

The company teamed up with BASF for launching its first filament line for industrial manufacturing 3D printers.

Finally, in November 2018, Essentium launched HSE which stands for the High-Speed Extrusion Platform for building to transform the manufacturing floor and solve the issues that were prevalent in the market at that time, like, strength, speed, and scale.

Apart from printers, the company offers materials that are all industrial grade and used in the mass production of parts and functional prototypes.

The company also offers Face Masks which are safety equipment while working with rapid prototyping services.

Internet, which has given a whole new perspective to the traditional manufacturing methods has been a headstart to rapid prototyping services.

But now with the Internet, you have rapid prototyping service providers that can provide you this service online, wherein all you need is just the design file of the prototype that you wish to develop and you are done.

You do not need a 3D printer, all you need to have is the file and the knowledge of material which you wish to print the part.

And all you have to do is, and this, provided if, you wish to dig in a little more, need to know about the 3D printers a little.

You can pair up with some of the best rapid prototype service providers in the world by sitting at your place.

And the product would be delivered to you, no matter which corner of the world you are sitting at.