Women in 3D Printing: Women’s Contribution in the Industry

However, as progress toward gender equality continues, this condition is increasingly changing. Furthermore, as the 3D printing business expands in size and scope, so does its demographic diversity and inclusivity. 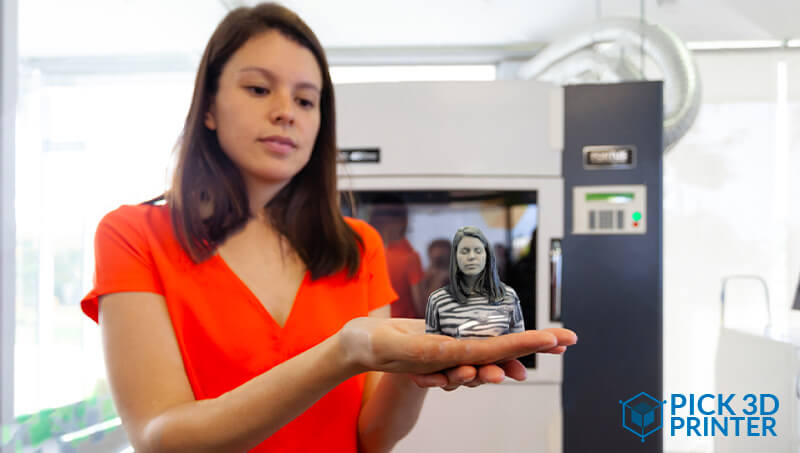 Women in 3D printing are at the forefront of 3D printing integration. Women are already making their impact on strategic decisions about implementing 3D printing across all industries through research, evaluation of technology and materials, and assessment of project requirements.

Role of Women in 3D Printing

In Sculpteo’s study, the company collaborated with Women in 3D Printing to examine the role of women in the industry in a new report. According to the report, the majority of women (64 percent) have access to 3D printing as a result of their jobs.

The majority of women working in 3D printing are in sales, marketing, and research and development. The most common activities, according to the survey, are research, CAD 3D design, and prototype.

A career in 3D Printing

Men and women were polled on their perspectives on 3D printing careers. Women were shown to be slightly less optimistic than men, but not by a significant margin.

Nearly 12% of men and women polled stated they were not interested in pursuing a profession in 3D printing. Women are more likely than males to be unsure if they want to pursue a career in the business, with roughly 26% unsure compared to 20% of men.

A job was mentioned as the key beginning point for learning about 3D printing by both women and men surveyed, with women citing it 4 percent more often than men. Second place went to personal interests or hobbies.

While nearly 29% of males believe their hobbies taught them about 3D printing, only 18% of women stated the same. In the domain of institutional learning, there is a distinct difference between the female and male participants in the study.

The poll also found that women are less optimistic about 3D printing career options than males. In addition, fewer females than males believe they have fully realized the employment possibilities of 3D printing.

When it comes to seeking a job in the 3D printing business, there is a greater disparity between men and women, with women leading the way. 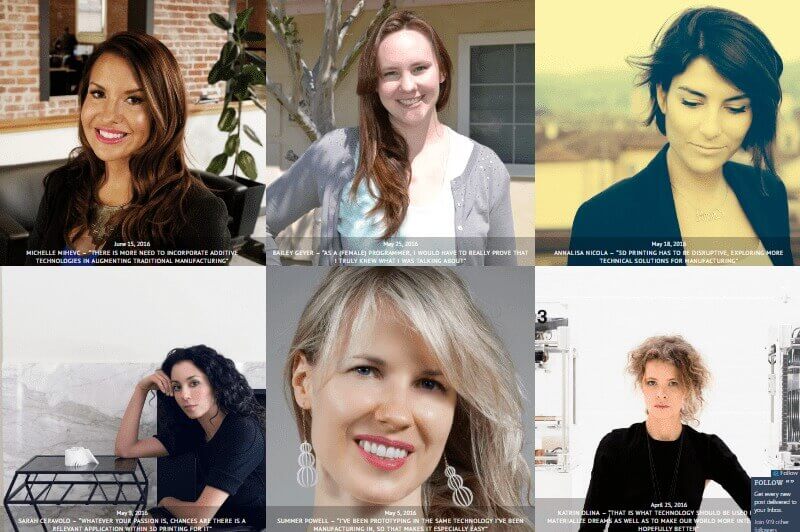 Men continue to dominate the technology profession. That is why we believe it is critical to highlight the significant number of women working in technology and to support their efforts.

We will look into 3D printing and give you a list of 12 inspiring women from multiple areas, ranging from fashion to architecture to medicine.

Iris van Herpen was one of the first to recognize the potential of 3D printing in the fashion business. In 2010, she was the first designer to show a 3D fashion garment on a runway.

Her garment was named one of the 50 Best Innovations in 2011 by TIME Magazine. With the use of 3D printing, the Dutch designer continues to create astonishing creations that inspire many other designers.

Wipprecht is an electronic couture artist, designer, curator, and speaker. Many of her works make extensive use of 3D printing, which she often does in partnership with Materialize, a 3D printing service.  She’s worked with the Black-Eyed Peas, the Super Bowl, Eurovision, Audi, Volkswagen, and other companies.

Kegan Schouwenburg is the current CEO and co-founder of Frank Darling in San Francisco, as well as the founder and former CEO of SOLS. SOLS is a company founded by Kegan in 2013 that uses 3D scanning and 3D printing to manufacture orthotic items to improve footwear.

MAPP3D, the company’s flagship product, is the platform that allows SOLS products to be customized. Kegan was named to Forbes’ 30 Under 30 list in 2015 for her innovative and successful entrepreneurial endeavors.

Bathsheba Grossman was one of the first artists to experiment with direct metal 3D printing in jewelry, creating incredible pieces such as the Klein Bottle Opener, Ora Pendant, and Cuttlefish Pendant. These products are among the most well-known and well-liked in the world of 3D printing.

Limor “LadyAda” Fried cofounded Adafruit and serves as the CEO of the open-source hardware firm.

People can learn about electronic hardware from Adafruit’s instructions and educational program, as well as engage with other hardware enthusiasts on their blogs and forums. Limor received the Pioneer Award in 2009 for being the first female engineer featured in WIRED magazine.

When it comes to 3D models, who owns the intellectual property? Louise Driggers criticized an eBay site that was selling 3D printed replicas of people’s free ideas, including her own.

All open-source models were removed, thanks to Driggers and other artists. Driggers became well-known in the scene as a result of this affair, which was a watershed moment in the debate over intellectual property rights.

Katie has over ten years of experience with complex 3D software and 3D printing. She began her career with Medical Modeling and later transferred to 3D Systems after the firm was bought in 2013.

She is now vice president of the medical devices, healthcare division, which focuses on a holistic ecosystem approach to promote personalized healthcare by giving medical providers with the tools and personalization that improve patient outcomes.

Michelle Mihevc is the co-founder and principal of FATHOM, a 3D printing firm based in California that she started with her business partner Rich Stump in 2008.

FATHOM now has a 70-person team that delivers comprehensive 3D printing services to a wide range of clients as well as platform sales, thanks to year-over-year growth.

Michelle was recognized to the 2016 San Francisco Business Times List of Most Influential Women in Business, and Fathom has been named to the Inc 5000 List of Fastest-Growing Private Companies for the fourth year in a row.

Grace Choi has invented the world’s first makeup 3D printer, Mink, which takes the concept of DIY make-up to a whole new level. This device can 3D print customized lipsticks or eye shadows on demand with the use of a desktop computer.

Behnaz Farahi is a well-known architect and fashion designer who specializes in interactive spaces. Her ultimate goal is to improve the relationship between humans and the environment through natural mobility. She specializes in 3D printing and robots.

Farahi’s previous employers include Autodesk, Fuksas Studio, and 3DSystems. Her work is visually stunning as well as dynamically interactive.

The Caress of the Gaze wearable, for example, is a 3D printed clothing that can sense when someone is glancing at it. Aurora, her most recent piece, is an interactive kinetic ceiling that reacts to corporeal activity beneath it.

Stamm and her colleagues created a volumetric 3D modeling software that focuses on parametric 3D fabrications rather than just displaying them. In addition, the firm emphasizes community building and open-source innovation.

Arita is one of the most powerful persons in the industry as the global VP of Marketing at Stratasys, one of the first and largest companies in the world of 3D printing.

She previously held the same position at Objet (which merged with Stratasys at the end of 2012) and has been in charge of the company’s marketing efforts since 2010.

When it comes to gender representation, the 3D printing sector is always evolving and progressing. The times are changing, and there are many remarkable women making huge achievements in the field right now.

Recognizing women’s worth in the 3D printing industry and the corporate world at large is not just equitable, but also wise.

According to an EY study, organizations with at least 30% female CEOs have net profit margins that are up to 6% greater than companies without any women at the top.

Similarly, a McKinsey & Co. study found that organizations that rank at the top in terms of gender equality have a 15% chance of outperforming other businesses financially.