ABS, as anyone having a little idea about it can tell, is stronger than PLA and even has a better surface finish when smoothened with acetone vapor treatment.

In this article, we have listed to you the best ABS filaments offered by various brands in the world.

There are many characteristics that make an ABS filament, the best filament in the world and hopefully, those factors would be exposed to you during the course of our article.

When you are out there purchasing an ABS filament, you probably know some of the characteristics of ABS material, so what you are looking for, mostly is brand reliability and technical support, primarily to make a brand stand out over other ABS filaments.

And that’s the topmost parameter which is fulfilled by all the brands that will be mentioned here onwards in this article. 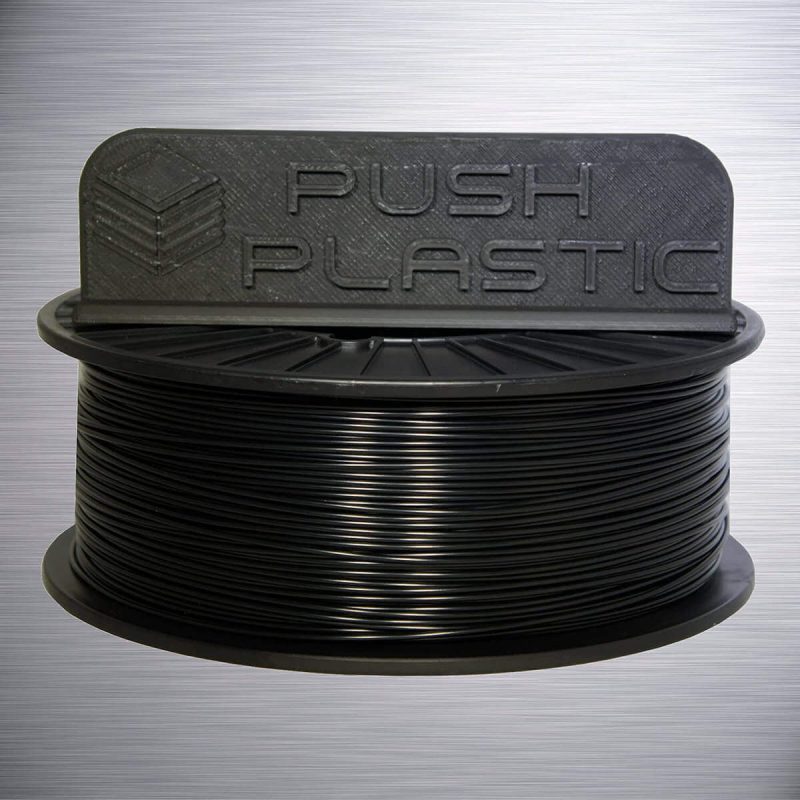 Although underrated, but great when it comes to application and practicality. Push Plastic ABS is made by a company based in Arkansas, the company that is run by two plastic industry veterans having more than twenty years of experience.

When printing with Pushplastic ABS

Remember that Pushplastic filaments, especially ABS are very strong and their diameters are consistent.

They are really easy to print with, although sometimes requiring a slightly higher melting temperature range than other filaments.

You are recommended to start with a print temperature of 220 degrees Celsius and adjust from there onwards. Most importantly, PushPlastic is affordable. 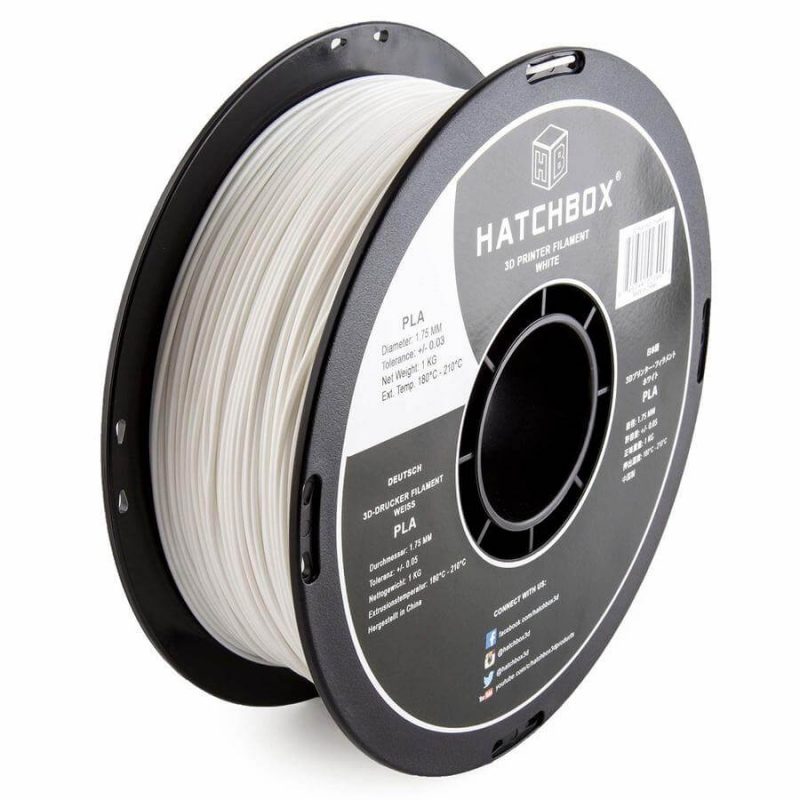 Imported from China, Hatchbox’s ABS filaments are too difficult to be differentiated from premium brands, and yet they are available at a price and quality that you cannot believe.

These filaments might have some extra additives making them glossy. Only the thing that is to be altered in that case is to have higher print temperatures than you do while printing normal ABS.

However, if one were to ask the most important feature of Hatchbox, it will be the price. It comes at the same price as Hatchbox PLA.

So, it’s really some great value for money out there in the market. The quality of these filaments is also very high.

And with Hatchbox ABS, there are no tolerance issues, also offering you the maximum amount of variance i.e. 0.3mm.

When printing with Hatchbox ABS

The recommended extrusion temperature range for a part or functional prototype using your printer is 210 to 240 degrees Celsius.

You are recommended to use this printer with a heated build platform. 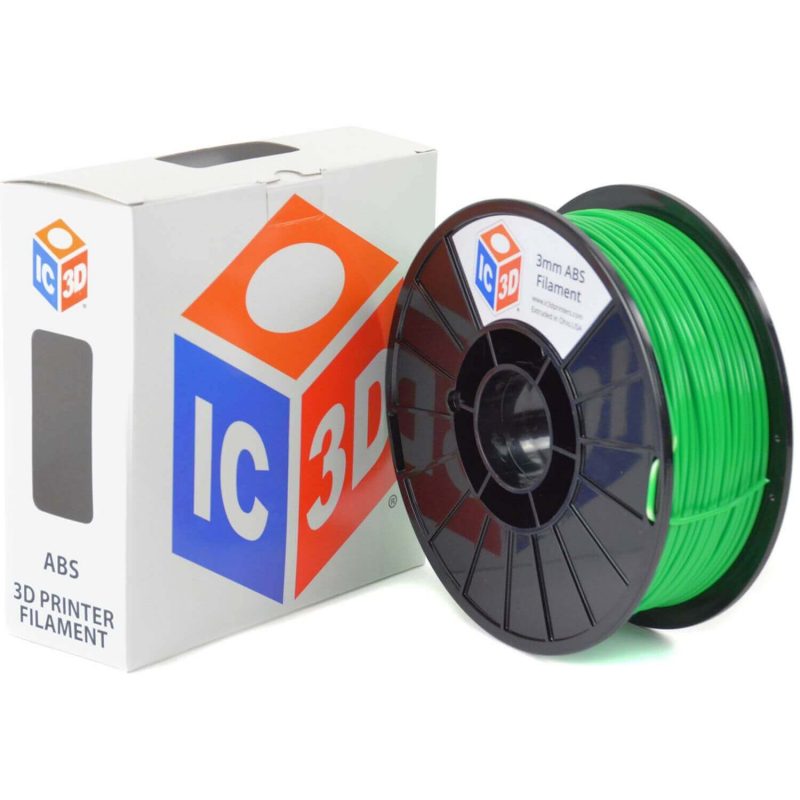 Very popular filament brand, not only for ABS filaments but also in general for filaments.

It has been in the market for years and now customers, not only know it but have also used it enough for anyone to catch the notice of this.

Their business model is seamless and they also support lots of communities, be it students as well as professionals in the field of 3D printing technology.

But even after all this, if there is something where ABS manages to stand out is its quality.

And is what makes IC3D stand in this list. Also because it is easy to work with, speaking of its compatibility with printers.

When printing with IC3D ABS

You are also recommended to use IC3D ABS filament when the material you are manufacturing needs to be strong, stiff, and flexible enough to resist breaking whenever stressed. 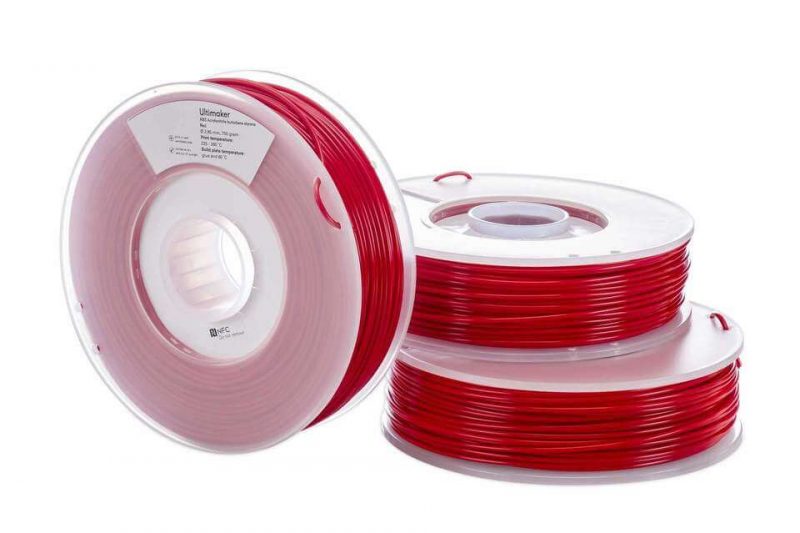 Being a brand that also manufactures 3D printers, Ultimaker is based in one of the many Dutch countries.

This brand of ABS filament would allow you to make any kind of shape that you wish to.

Particularly the brand is known to produce low warping than its competitors in the market, as well as for the ease it brings on the table while 3D printing a part or functional prototype.

Not to forget, how it responds when the post-processing stage happens, also in an acetone vapor bath.

One thing is assured that while using Ultimaker ABS for printing parts and functional prototypes you can get high durability, so use this for such parts.

Also typically the filament can be used for making high-impact parts for Skateboards as well as an action set for a movie.

Small business owners can rely on the filament for all their local manufacturing needs.

While printing with Ultimaker ABS

You need to take care you acquire consistency in using filament of the same diameter, which will help you reduce the jams. 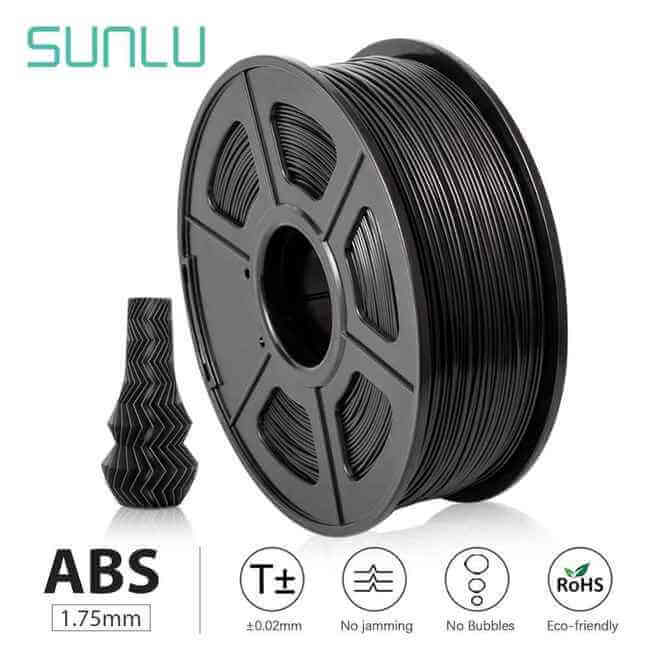 Although not as experienced as other filament brands on the list, SUNLU has brought its own charm to the 3D printing filament market.

And by doing so, it has started to gain a reputation of being the most valued Chinese brand for 3D printer filaments. SUNLU offers ABS+ for professionals.

What makes Sunlu’s ABS more attractive than others is its price which is lower than other brands’ ABS filaments.

However, there are some quality concerns which people have been facing while manufacturing parts and functional prototypes using this filament.

While printing with SUNLU ABS

The extrusion temperature range of your printer should be around 230 to 270 degrees Celsius for printing this ABS filament.

Whereas for ensuring good quality parts or functional prototype one should also take care that his or her printer’s print bed temperature range is from 80 to 120 degrees Celsius.

Although it has a record of working perfectly well when it comes to working with FDM 3D printers. With a small tolerance level of 0.02mm, it is all good to go.

The manufacturer does dry the filament completely for at least 24 hours before so it assures you, the filament is clog-free. 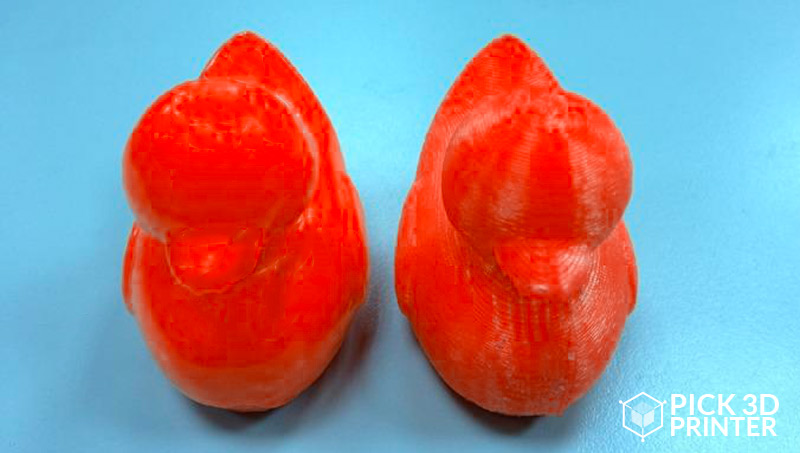 If there is another material that matches the quality and demand of ABS, it has to be PLA.

They are some of those rare materials with which almost every 3D printer will be found to be compatible.

There is always an ongoing debate about which is more useful than the other. And to date, the debate keeps ongoing.

However, both of them have their inherent characteristics which make them lucrative options for a 3D printer filament job.

It is a bit more durable, about 25 percent higher, and also is known to resist more impact than the competitor.

As ABS is more heat resistant, and prone to warping it does not require much effort to print ABS than it does for 3D printing PLA.

Normally, before printing ABS you are required to have a heated bed so the printing becomes easier.

ABS has more durability than PLA and this is what makes makers of durable products choose it over ABS.

This material is a lot more user-friendly and has high strength as well as stiffness than ABS.

PLA also melts at a lower temperature than ABS, it has minimal warping and this is what makes PLA, hot favorite when it comes to printers offering their compatibility.

A little downside of the material is its low melting point, which demands that the hands which are used for 3D printing parts and functional prototypes be strict enough to make sure the temperature range which is needed for printing it is maintained.

PLA is a brittle material that leads to parts and functional prototypes with poor durability as well as impact resistance.

Where ABS really gets over PLA is because PLA is not chemical resistant, not heat resistance, so it does not find application in the hobbyist market.

As much as it does in the professional 3D printing market. Whereas ABS gets the market of experimentalists.

AS far as price is concerned there is not much of a preference dependent on the price. As in, price does not lead to a deviation of a decision from ABS to PLA.

Rather it is the quality of parts or functional prototypes and its application that makes one use ABS over PLA or vice versa.

All the brands mentioned in the list above are best because they get something or the other unique on the table while one starts to 3D printing using ABS filament.

They are known to produce superb print qualities, have great tolerances, and are easy to work with.

These filaments are such that they decrease your hassle as a maker and allows you to focus on other important aspects of designing or manufacturing.

ABS filaments, at least some of them, like the Pushplastic and Hatchbox are preferred because they are cheaper in price than other brands.

Typically, while doing batch production of a particular part or functional prototype, they are more preferred.

We hope that the list above gives you some parameters to compare when you are out in the market, trying to decide which one to buy and which one to not.