3D Printing Tips: How To Fix Ghosting And Avoid It

In this article, we are going to discuss the cause of this phenomenon and some fixes, that are essential to ensure the phenomenon of ghosting does not occur while 3D printing a part or functional prototype. 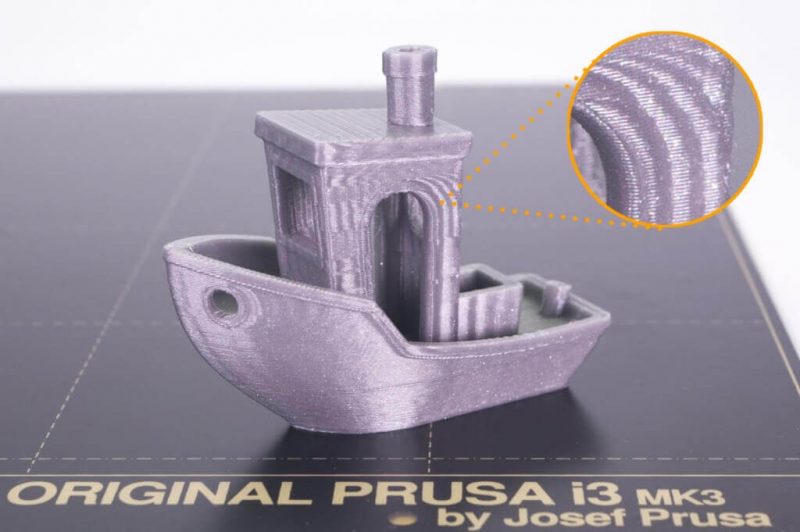 Before starting the causes of 3D printing ghosting, let’s understand what ghosting is. This term is referred to when lines on features seem to repeat themselves across the surface of the model.

Ghosting holds the record of ruining, otherwise excellent looking print. Especially if the design of your part or functional prototype has sharp corners, ghosting is much likely to happen.

3D printing ghosting is caused due to vibrations. While the 3D printing process is going on and parts such as print heads, change their direction or speed, the other parts of the printer usually resonate, and it is this resonance, that leads to the production of irregularities on the print surface.

It is to be noted that components of the printer are not perfectly stiff or precise and hence any sloppiness or flexibility can result in vibrations that can produce inaccuracies in the print design that can lead to irregularities on the surface of the part or functional prototype.

Interestingly enough, there is another 3D printing problem that can be mistaken for 3D printing ghosting and that is visible infill.

At times 3D prints consist of solid walls that are surrounded by a sparse infill pattern. So, if the part or functional prototype walls are not solid enough to hold up, the infill may show through.

This indicates, the real problem is visible infill and not 3D printing ghosting. One way in which you can tell the difference between both the phenomenon is that ghosting takes the shape of the model and ripples out, rather than being consistent.

Over the Top Printing Speeds

Often your 3D printing speed while printing a part or functional prototype is too fast for the printer head to operate on.

When such a scenario takes place in your 3D printer, you are bound to face the 3D printing ghosting phenomenon.

The reason why it is so obvious is that over speeding is known to cause vibrations and your machine movement for large objects at a fairly high speed.

Different 3D printers’ frame is made of different materials. Some materials do have the property to withstand the complete vibration and motion of the 3D printing process.

Whereas some, do not. Material such as aluminum is known to possess sturdiness enough to not vibrate while the 3D printing process. However, it also depends on the temperature that is created inside the print chamber.

Every material has a withstanding point, till which it can bear the temperature, after that temperature it can start to wobble, as well as a melt.

So, it is advisable to get to know the material with which the print bed of your printer is made up of. Doing so helps while deciding on 3D printing material.

The design that you are giving as an input to your printer, should be compatible with the resolution that your 3D printer can provide.

While printing those parts or functional prototypes, if your printer is not up to the mark, efficient enough to produce the dimensional accuracy that is needed, you’d still get to see 3D printing ghosting.

How do you Stop 3D Printing Ghosting?

Below mentioned are some of the tips, by employing which, 3D printing ghosting would be not much of a concern. 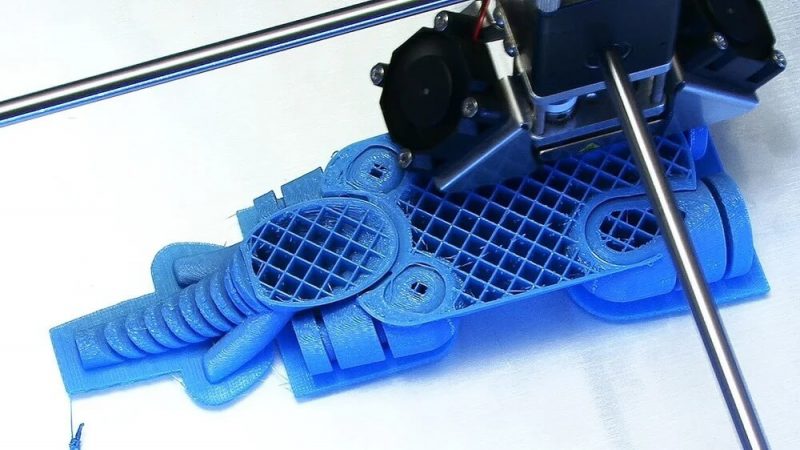 According to a simple law of physics, the lesser the speed of printing, the lesser its moment of inertia. If you are not familiar with this law, you can imagine two cars traveling at high speed bumping into each other versus a car, which is parked in a parking lot.

It is much likely that the former condition would not lead to 3D printing ghosting, compared to the latter.

The faster one prints, the more sudden are direction and speed changes, which in turn translates into more severe ghosting phenomenons.

In the case of the same directional changes, some problems can also arise while printing with lesser speed.

As well as there is also a chance that whenever the nozzle of your printer comes to printing sharp areas and edges, it tends to spend more time slowing down in that area and then speeding up.

This can lead to over-extrusion and bulging of a part or functional prototype.

Increase in Rigidity or Solid Base 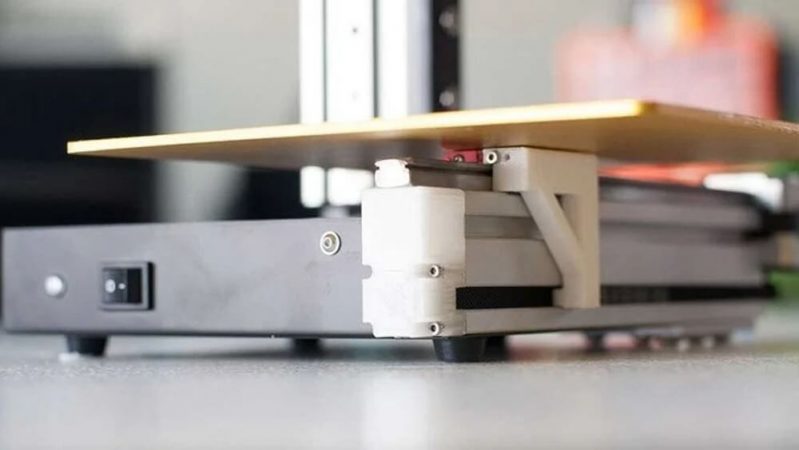 In case you know that your printer is not as strong or as stable as you wish it to be, you can add braces to help the frame get a triangular shape.

If not that, you can also add shock mounting, by adding a dampening material like foam, rubber around the 3D printer. Sometimes using a firm or solid base such as a good quality table or counter, also helps.

Scenarios wherein you use a flimsy table increases the chances to worsen your vibrations and hence increase the chances of 3D printing ghosting.

For ensuring that this does not happen, you can put even stiffer springs on your print bed that can reduce the bounce.

There are also stock springs that come with a 3D printer which do not have the greatest reputation, so stiffer springs can be a useful upgrade.

Another thing to keep in mind is about the fitting of hotend in a tighter fashion to the carriage.

All of the above-mentioned techniques should act in absorbing vibrations and adding a bonus for making your 3D printer quieter than before. 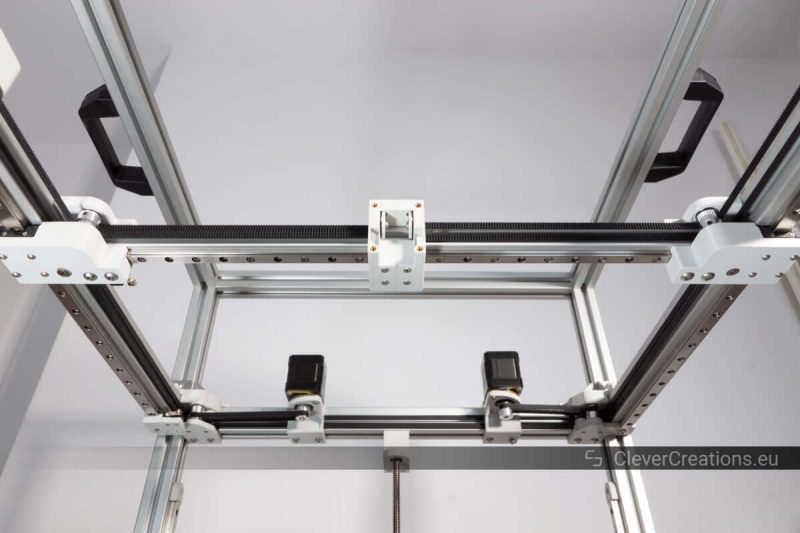 In case when you have your filament mounted over the top of your printer, buy a separate spool holder and ensure the filament spool is always inside it before starting a 3D printing process.

There is also an option for investing in a lighter extruder which helps to fight the issue of 3D printing ghosting.

Adjusting your Acceleration and Jerk Settings

So, here you go, jerk is defined by how fast the acceleration changes. Both acceleration and jerk make your printer move when it is in a still position.

Remember that by reducing your acceleration settings, you reduce the speed at which parts of the printer moves. Doing so would lower the rate of inertia as well.

Whereas when the jerk setting of your printer is too high, inertia does become a problem as your print head will make quicker sudden movements in newer directions.

The opposite of this would give your print head more time to settle down. The setting that you do for the jerk in your printer will make the nozzle of your printer stay in areas for too long and the results can be hard to understand, the more they have changed the directions.

Changing jerk settings can result in the problem getting solved, but you need to see the other side of it as well. So, if you fail to get the jerk settings correctly, it can lead to over-extrusion at the sharpest corners of the part or functional prototype, which is similar to reducing printing speed.

This can lead to changing settings of your firmware, which can lead to a lot more complications.

Tightening up the Loose Bolts

If your 3D printer’s motion systems are slack, you have increased chances of experiencing excess vibrations, which can lead to excess movements of your printer.

Which in turn can lead to a 3D printing ghosting phenomenon while printing a part or functional prototype. For making such a phenomenon occur, the part of the printer that is to be blamed is the printer belt.

When the belt is loose, the precision with printer movements is lost. So, it can have a resonance effect. The loose belt will allow the print head to move around easily.

In case you are experiencing 3D printing ghosting, you’ve got to check whether your belts are tight or not! Also check, if your printer belt produces a low or deep sound when plucked.

In case the belt is loose, tighten it using a guide that is specific to your printer. This scenario is just like having a rubber band.

Whenever the rubber band is loose, it is very spring-like, but when you pull it tight, it does keep things intact. 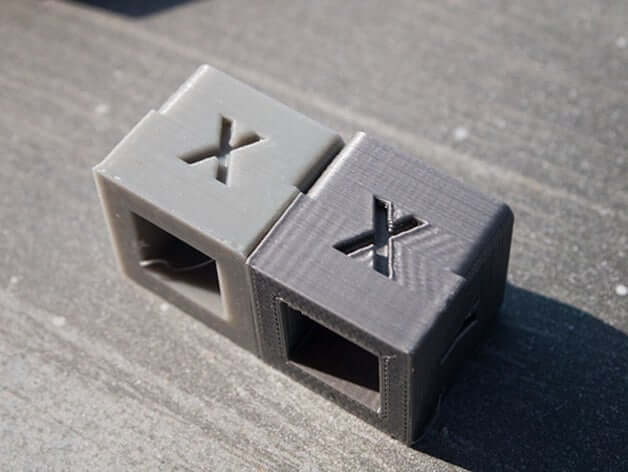 Thingiverse is the name of the website that lets you test 3D printing ghosting on your printer. It allows you to test PLA as well as ABS at different temperatures.

The higher level of temperature presence inside the extruder, the more amount of liquid will be present. So the vibrations changes will be more prominent than ever.

While slicing an object in your software, you should remember particularly, the X as well as Y-axis on your printer. And for this, you should label them. This is will help you get the orientation of the part or functional prototype that you are printing correctly.

For ensuring that 3D printing ghosting does not happen at all, one should need a lot of experience working with their 3D printers. This is because there is more than one cause of ghosting. And also, there are many other problems similar to ghosting.

However, once you have identified that ghosting is the problem resulting in irregularities on the surface of your part or functional prototype, it should not be difficult. At times, more than one of the solutions are needed to solve the problem of ghosting.

But once you have solved it, you are bound to get excellent quality prints. A standard way to do this is by ensuring your printer belt is properly tensed.

You can check for loose components such as bolts, belts, etc. The other aspect which will need your eye is the print speed of your printer.

Once you start reducing your print speeds, you can be assured that the acceleration, as well as jerk settings, will be improved.

And lastly, you can try the solid, rigid surface for getting a clean cheat on the issue of 3D printing ghosting.

3D printing technology is a developing field and hence, who knows, someday one might come up with complete elimination of the problem of 3D printing ghosting!

But till then one should always print in the limited speed range to ensure proper acceleration and jerk.

Apart from this, time and again, you should check for moving parts inside the printer and space they are getting to move, whether it is enough or not.

Nothing works great without experimenting on your own. So, never forget to try different solutions for solving the same problem. Be innovative while printing and learn from your past mistakes.