Home » Guides » Klipper 3D Printer Firmware: What is it & How Does it Work

All 3D printers and electronic machines, e.g. computers, run on a specific program called firmware. It links software with the hardware and translates input from the software into an output that the hardware can understand.

For example, the USB controller has firmware that allows the chip to receive information from the USB drive and convert it into a container that can be easily understood by the window explorer.

In 3D printers, the firmware runs on embedded microcontroller boards such as an Arduino, Duet, or other models. These mainboards are in direct communication with the stepper drivers that control the motor, heater, flow, speed, and display, etc.

The Firmware understands the ‘G-code’ sent to the slicer software by the user and translates it into electrical signals to the stepper drivers. For example, the given G command ‘G1 X 20 Y 10’ to the software is translated into a set of instructions understood by the stepper. Thus, the extruder reaches X=20 and Y=10.

Marlin is one of the most widely used firmware. However, it is not the only firmware available in the market.

There are many different options available for the users to choose from. Klipper is one of them. It increases 3D printing speed and improves print quality by supporting and enhancing 3D printers’ features.

In this article, we will discuss Klipper’s firmware and how it works in detail. 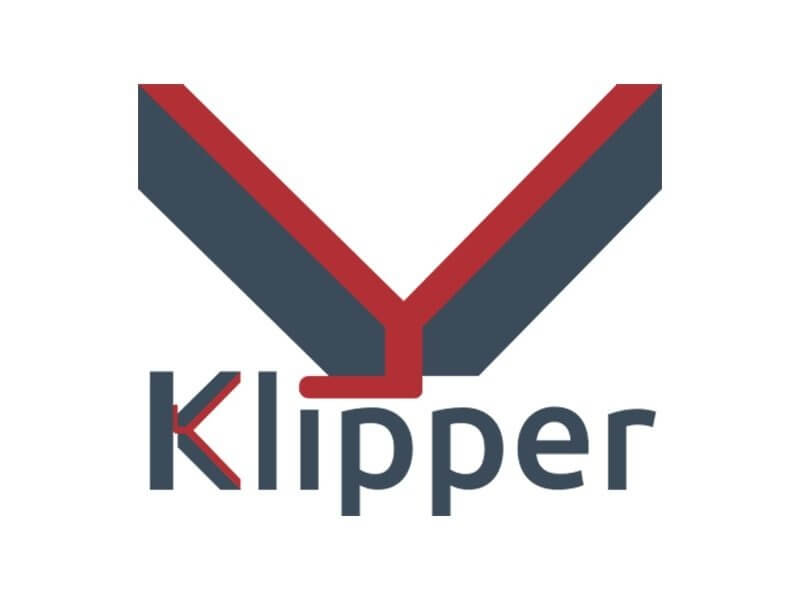 Klipper is a relatively new firmware that has lots of great features. It was developed by GitHub Kevin O’Conner in 2016. It uses a different approach for G code processing.

Instead of the microcontroller performing the algorithms, all calculations are done by the host like Raspberry Pi and have the MCU execute steps at a particular time. It makes use of an additional microcontroller.

It is able to do calculations faster that enables quick 3D printing for example your 8 bits 3D printer can run at a speed of 80 to 100 mm/s.

Klipper features offer a great 3D printing quality experience and reliability. It can run on all types of 3D printers with little extra hardware. These include Rotary Delta, Cartesian, Delta, CoreXY, polar, CoreXZ, and cable. It is written in Python with simple coding and supports OctoPrint.

Read more: How To Download & Setup OctoPrint On a Raspberry Pi

How Does Klipper Firmware work?

Klipper firmware takes a unique approach to run 3D printers. It uses extra computing power to assist the mainboard in processing commands. This gives additional power to your printer.

According to the project: “Klipper is a piece of 3D printer firmware. It combines the power of a general-purpose computer with the capabilities of one or more microcontrollers.”

The code of the firmware is written in a high-level language (Python) for the most part. Python is used to create kinematics algorithms, G-code parsing, heating and thermistor algorithms, and other applications.

This greatly simplifies the process of adding new features. New G-Code commands can be defined in the printer configuration file (no code changes are necessary). These programmable codes can carry out different functions, depending on the condition of the machine.

Klipper uses an application processor to calculate printer movements. The application processor effectively manages tasks, determining when each stepper motor should step. It also reduces those events and sends the data to the microcontroller, which executes each event at the appropriate time.

Each stepper event is timed with a precision of at least 25 microseconds. Instead of kinematic approximations (such as the Bresenham algorithm), the software computes precise step times using acceleration physics and machine kinematics. The use of more precise stepper movement results in a more quiet and stable printer operation.

To reduce the effects of vibrations on print quality, Klipper supports “Input Shaping.” This can reduce or eliminate “ringing” in printed images. It may also allow for faster printing while maintaining high print quality.

“Smooth Pressure Advance,” a mechanism for accounting for pressure effects within an extruder, is also supported by the software. This reduces 3d printing oozing from the extruder and improves print corner quality. Klipper’s implementation does not make use of rapid changes in extruder speed. Overall stability and robustness are improved as a result

Moreover, the firmware is capable of achieving high stepping rates on both new and old microcontrollers. Even older 8-bit microcontrollers can achieve rates in excess of 175K steps per second.

What 3D Printer Features Are Supported by Klipper?

The Klipper firmware supports a wide range of advanced features of modern 3D printers. These include:

Fans of all sizes, including nozzle fans and temperature-controlled fans, are supported. When the printer is not in use, there is no need to keep the fans running.

The firmware supports common LCDs connected directly to the printer. There is also a standard menu available. You can completely customize the contents of the display and menu using the config file.

Additionally, the acceleration between movements in the same direction is optimized to reduce print stalls and increase total print time.

Klipper is designed to work with ARM, AVR, and PRU-based microcontrollers. Klipper can be run on existing “RepRap” printers without any hardware modifications; simply plug in a Raspberry Pi. Klipper’s internal code structure makes it easier to support other microcontroller architectures.

Its host software employs clock synchronization to account for clock drift between microcontrollers. No special code is required to enable multiple microcontrollers; simply add a few lines to the config file.

Moreover, the firmware is OctoPrint-compatible. This allows the printer to be managed using a standard web browser. OctoPrint can run on the same Raspberry Pi that Klipper does.

We made a list of The Best 3D Printer Firmware that you’re welcome to check.

There are numerous factors one should consider when installing Klipper Firmware on their 3D printer. These include:

If you want to run Klipper firmware, you need to check whether the specifications of the controller board of your 3D printer are compatible with your chosen firmware or not.

You will need the following things to begin installation with:

Is Klipper an open-source firmware?

Yes, Klipper is an open-source firmware.

Is it necessary to use OctoPrint to run Klipper?

No, it is not necessary to use OctoPrint. You can use alternative software to send commands to Klipper, but it will require Linux admin knowledge.

How can I get help if there is any issue while installing/ using Klipper?

For your convenience and support, Klipper source files are available on the Project GitHub Page that is updated often.

For any question or issue, you can visit the issue section on Klipper’s GitHub webpage to find answers to your problem. In case, you cannot find the answer to your problem, you can raise a new issue there and soon some users will assist you.

You can also check out the FAQs and documentation web pages on Klipper’s official website or you can connect with the Klipper team for support.

Klipper is an excellent choice of firmware in general, but it may not be suitable for everyone. However, if you are looking to improve the precision and speed of your machine and have a Raspberry Pi board lying around, it might be worth the risk!