Built with a convenient assembling and dissembling build platform, UnionTech RSPro800 allows you to take away parts easily while post-processing. The ...
Add to wishlistAdded to wishlistRemoved from wishlist 0
Add to compare
Check Price
UnionTech

When you land on the homepage of the manufacturer’s website you get to know that Union Tech is not just into manufacturing 3D printers, but also into materials as well as software solutions.

In this article, we are going to look at the industrial 3D printer that currently offers the highest build volume amongst other 3D printers manufactured by Union Tech.

Apart from offering a huge build volume, there are some other points which also you must lay your focus on while buying this 3D printer.

Because these are the features that stand out not only in the price range that the printer falls into but generally in the list of 3D printers, which are based on the same 3D printing technology that the 3D printer belongs to.

So, what good section to begin our journey of knowing in-depth about the printer than its Features?

Convenient assembly and disassembly of the platform

The build platform is a part of the printer which is supposed to be maintained with complete care for ensuring the long term success of the printer.

The manufacturers of this printer have therefore given a convenient assembling and disassembling of the build platform that lets you take away the parts or functional prototype from it while you are doing the post-processing.

While the printing process is going on, there are a lot of parts of the printer put to work.

There is the laser source which helps in curing of each layer after it is spread over the build platform, there is the nozzle system which has to move against the gravity after printing the layer, there is the print head controlling the nozzle, and what not!

To control all these parts of the printer safely, during the printing process, you need a solid frame.

Granite is a material that is known for being stable and rigid and because of that very reason; the manufacturer of this printer has made the frame of the printer using it.

So, the users do not have to undergo any difficulty while the printing process is on.

This is also an important point that contributes to the accuracy of part or functional prototype that is manufactured in the printer.

For if the frame of the printer is unstable, so would be the printing and hence leading to the production of parts or functional prototypes that are not dimensionally accurate.

Sensors inside the printer take care of points wherein without human intervention the message is conveyed to the part of the printer that needs that message.

This includes points such as loading and unloading of the resin, the automatic bed leveling, support structures according to the design file of the part or functional prototype, and more.

When all of these parameters are driven automatically according to the programming done by the manufacture, it increases the efficiency of the complete process.

So you are longer left with the headache of taking too many factors into account, all you are left to manage is the 3D design file.

And hence there is very little chance to make mistakes or flaws in the system because as the golden rule of manufacturing states, the lesser human intervention, the lesser the chances of flaws or decrease inaccuracy.

The manufacturers of this printer have made a closed-loop control strategy for parts and functional prototypes such as platform improvement.

This is very useful when you are doing batch production or producing different parts and functional prototypes one after the other.

For laser power also the printer uses a closed-loop control strategy, wherein after a layer of the part or functional prototype is printed, the work of the layer is automatically switched and the layer is cured.

The material level indication is another factor wherein the manufactured has used a closed-loop strategy.

These are areas wherein the manufacturers have fixed indication levels at some level and then when those levels are achieved you are notified to make sure that you change the material when needed for the printing.

Even for temperature as well as vacuum, the manufacturer has used a closed-loop strategy. 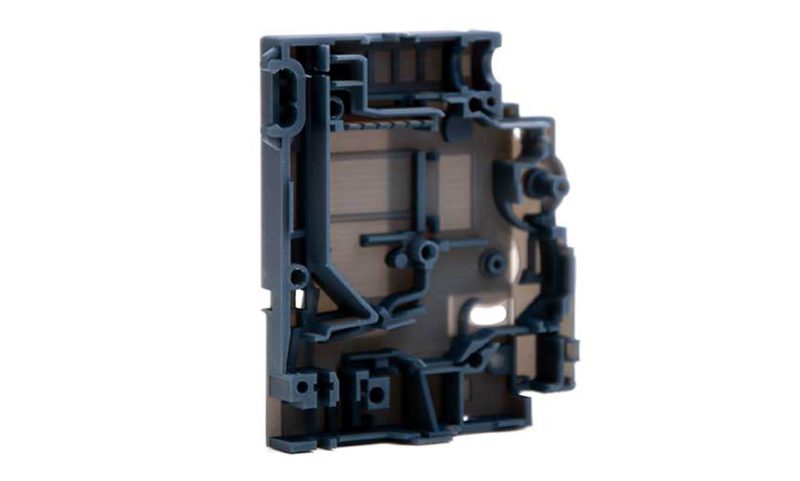 Although the accuracy of this printer may vary according to the part or functional prototype that you are printing with the printer, the port side of this is less than 100mm with a tolerance level of 0.15 mm.

The beam size of the printer ranges anywhere from 0.12 mm to 0.20 mm whereas the layer thickness on the part or functional prototype that is printed using this printer ranges from 0.07 mm to 0.25 mm.

The laser used for curing parts or functional prototypes is solid-state frequency tripled Nd: YVO4, the wavelength of which is 355 mm.

The design file input data format which is comfortable for the printer to read is STL.

The recoater frame of the printer is made of Granite material, whereas systems control follows a closed-loop.

The temperature range in which you are recommended to work with the printer is 22 to 26 degrees Celsius. 1 degree Celsius per hour is the maximum change rate this 3D printer can produce.

It can work in a relative humidity of less than 40 percent which is non-condensing.

The company offers you a post-curing unit, however, it is not compulsory for you to buy it, you can have it if you feel the need.

There is a one year warranty on this printer under Union Tech’s Purchase terms and conditions.

You need to contact the manufacturer for getting a quote for this printer.

There is an option titled “Contact us for a quote,” which will lead you to the webpage wherein you would be given three forms

According to your need, you can choose the option ahead.

There is no one price mentioned on the website of this 3D printer manufacturer. 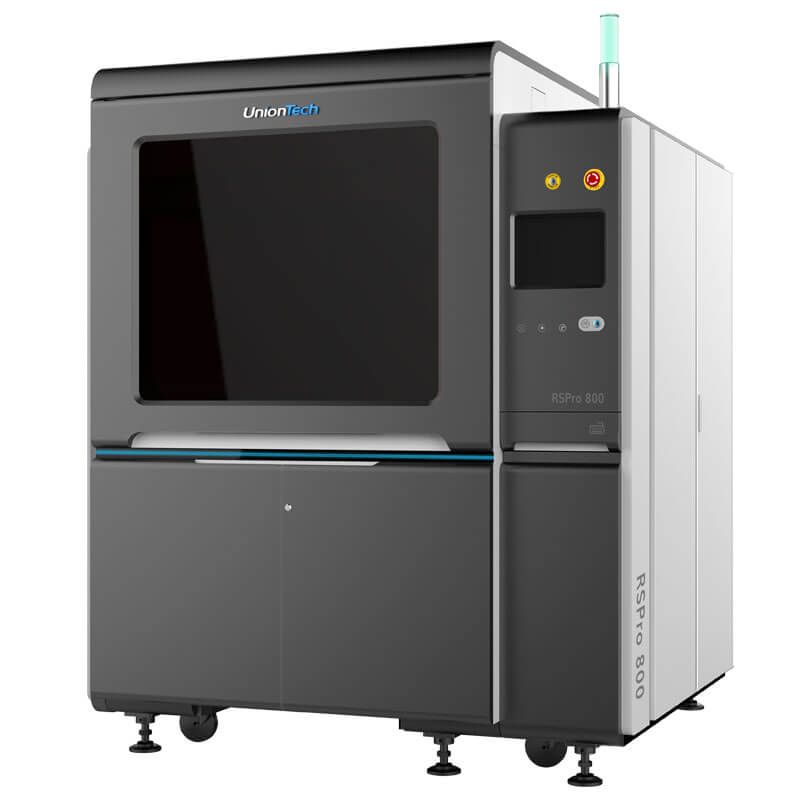 The front view of the printer makes it look like one of those time machines that you see in the movie.

The front is divided into two parts, the upper and the lower, wherein the upper is transparent enough for you to get a glimpse of what is happening inside from outside.

The lower is again divided into two i.e. the left and the right.

When you have a closer look at the front end of the printer you are able to see the small aisle type body on the right which contains a display screen with some buttons.

The right read end of the printer consists of doors that are typically used for storing 3D printing materials in industrial-grade 3D printers.

Whereas the left rear of the printer contains a window that lets you peek into the print chamber for ensuring whether everything is happening as you intended it to happen and the part or functional prototype is getting printed.

There is a picture that is taken from the top showing you how there are doors on the top of the printer body which can also open up to tell a different story.

Like most other industrial 3D printers, this one too comes completely assembled.

You need to be an expert in operating SLA 3D printers to operate this one.

However, it is advisable not to directly start printing, rather read the manual and about the parts of this printer for ensuring a safe and secured and intended 3D print.

To help you out with the doubts about parts and first print, there is a product portfolio, a Contact Us tab on the webpage dedicated to the 3D printer on the manufacturer’s website.

The best way to know how much or less is the cost of printing one part or functional prototype using one 3D printing technology than the other is to print the same part on printers based on two different technologies.

When done so, printers based on SLA 3D printing technology account to be more costly than FDM 3D printers.

The reason being; the use of laser source in curing the part or functional prototypes in the SLA 3D printers. 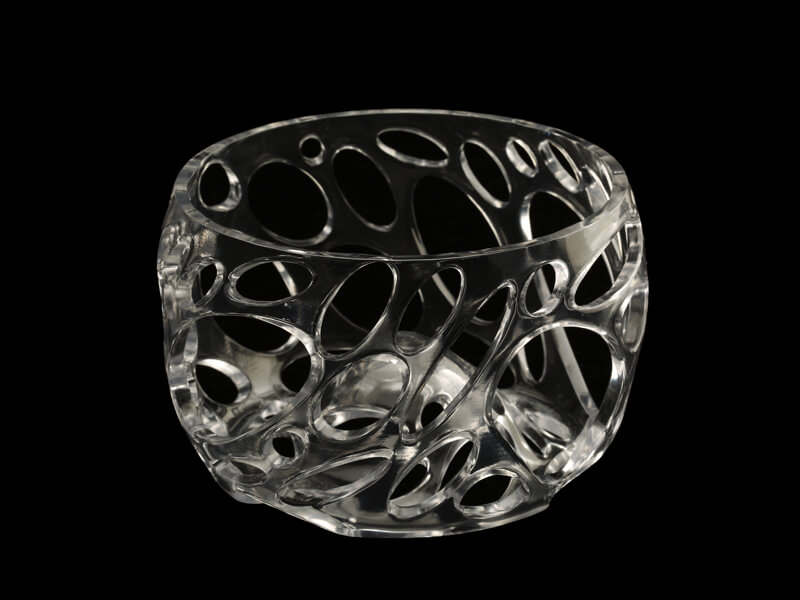 For comparing the print qualities of two different printers the best criteria that you have on hand is the layer resolution range.

You can compare this with other printers and make your own judgments about it.

In the product portfolio, you get to see pictures of parts and functional prototypes printed by the printer.

All of them tend to give a nice idea about the product quality and convey a message that the printer can build intricate designs with dimensional accuracy. 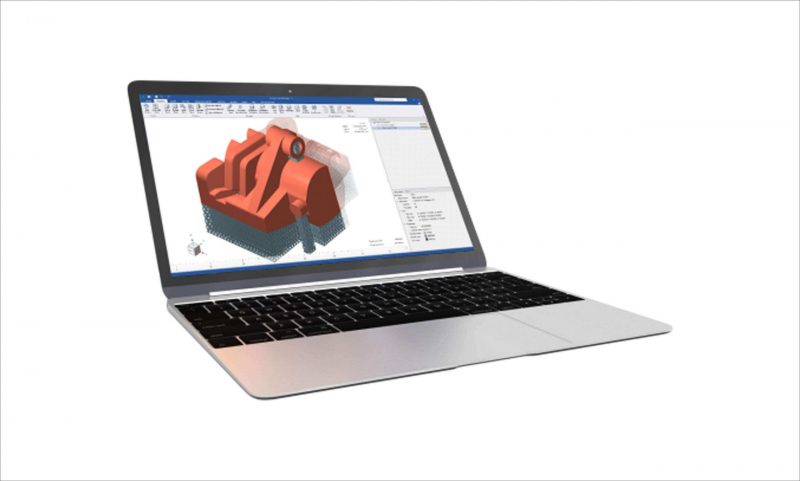 Polydevs is the name of the printer that takes the data for the preparation of part or functional prototypes.

This software, the company claims, is based on cost-effectiveness.

You can prepare your CAD model with an intuitive user interface; get a user-friendly workflow and easy operation using this software.

The powerful functionality of this software speeds up your complete model preparation for printing with high-quality efficiency and reliability.

Although there is no specific Support tab like you have on other websites, there is a Contact Us tab that does all good of informing you about a reseller of the 3D printer near you, about the company’s global network of offices.

Wherein you can get the phone numbers as well as email ids of each and every office as well as an email to contact the printer manufacturer for getting an answer for the doubt rather than making speculations about the same.

A summary of the complete article is made in the points mentioned below.

3D Print quality: The layer height of parts and functional prototypes printed using this printer is very low when compared to other printers.

3D Print speed: The printer is able to print with excellent speed without compromising quality.

3D Printer capability: There is not much mention about the resins with which the printer can print.

3D Printer Practicality: Closed-loop systems, automated surface level, and other parameters mean that most of the work apart from designing would be automated.

3D Printer User expectations: Those who know the company, would know about the classic range of printers it has and so would be looking for newer features such as closed-loop systems or more automation from it.

Apart from this printer, the company has three other printers that offer different build volume and construction.

The manufacturer has a reliable name in the industry and only because of that it has been able to bring such valuable products into the market.