Amongst the very many thermoplastics that can be 3D printed, one is PVC. Although been discovered decades ago, to date polyvinyl chloride remains a very popular industrial material with which we can 3D print and use it to make consumer and industrial parts and functional prototypes.

Remember those white pipes, they have been made from polyvinyl chloride. This might generate a question in the mind of all those who have a desktop printer in place at their homes i.e. Can you 3D print PVC using your 3D printer?

To answer this question, we would like to mention two innovations that have happened to date concerning PVC.

The first one is by a company that has successfully developed a 3D printer that manufactures parts and functional prototypes using PVC material.

This is by a company named AONIQ 888. The machine developed by this company was launched in the year 2017 and it offered not only printing with PVC but also, printing with other industrial materials.

The PVC material that is used by this printer can be used in the same way as we do PLA and ABS and other polymers for 3D printing parts and functional prototypes.

It gives you the ability to create rapid prototypes by giving it a honeycomb infill. The greatness of this technique should be realized as it does not generate any waste material.

While printing a solid object compared to injection molded parts, you realize the amazing nature of AONIQ PVC while it is subjected to breakage testing, all other filaments that are put to this test positive to date fracture at the layer except for AONIQ PVC. This is proof of how PVC is good material in terms of being functional.

PVC Filament Produced by Chemson- Is It Safe? 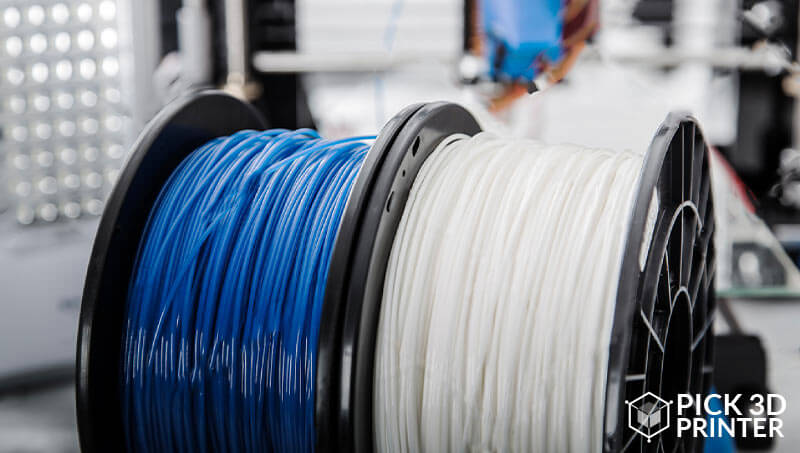 Another option for printing polyvinyl chloride is by a company named Chemson. And theoretically, this filament can be used in desktop 3D printers that are filament-based or FDM 3D printers.

But there is another side to using PVC and this one concerns the safety issues regarding PVC.

The first concern is regarding the components which are produced whenever PVC is burnt i.e. Dioxins. So, if you are producing a part or functional prototype based on PVC on a desktop printer, you are the one who is sure to be encountered with this by-product. AONIQ is said to have handled this issue with its unique air filtration system in its 888 machines.

The machine comes in an enclosure that has been custom-designed, especially for PVC to provide a safe PVC print operating environment.

What this enclosure does is, eliminates any fumes using the inbuilt carbon filtration system.

And this does not go with other machines where you’re simply using the PVC filament, to 3D print PVC parts and functional prototypes, like for example from Chemson.

The fear here is that anyone with an unfiltered desktop 3D printer, who is using PVC filament to print parts or functional prototypes in an enclosed, unventilated area and introduces some contaminant into the air.

For this, it is strongly recommended to use PVC filament only on air-filtered 3D printers and even then, would insist on external air ventilation.

What is 3D Vinyl? 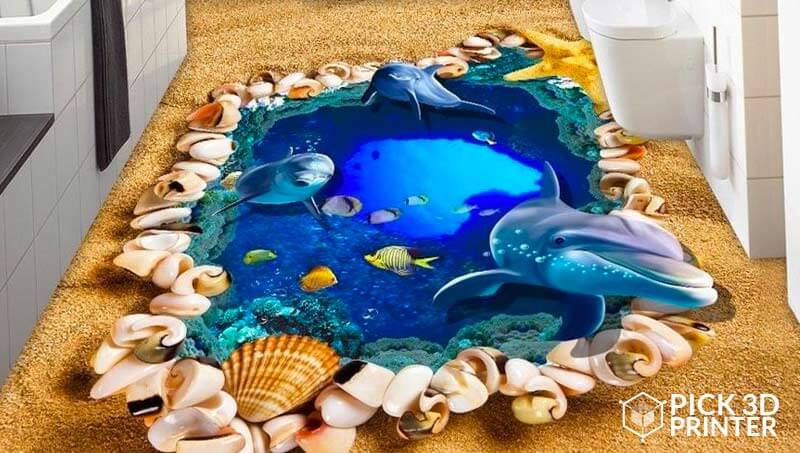 The 3D printing industry is an instantaneous growth-making industry. Every half an hour, you get news of something new that has happened in the industry.

While all the corners of the world are getting associated with this industry, one corner of the world i.e. PVC, how can that remain unassociated?

The PVC-based filament that has no such safety concerns as mentioned before with Clemson or as many complications as many as in AONIQ, is called 3D Vinyl.

It is claimed to be the industry’s first development, testing, and proof of a PVC-based filament.

Suited for the polymer-based 3D printing market, 3D Vinyl is the new wonder material that has been branded as a pioneering invention.

3D Vinyl is meant to be unique with a lot to offer in the industry and it also opens the way to 3D print PVC and burgeons the world of advanced manufacturing.

This new PVC material has the thermoplastic qualities that are required for 3D printing.

Not only it allows everyone, from hobbyists to pros, to dive into more advanced manufacturing, but also helps move past previous limitations that were imposed by the traditional materials which were used in prototyping and low-volume production.

Additionally, this material will also most likely garner a great deal of attention from all sectors of the 3D printing industry that are seeking a high quality and versatile new material.

3D Vinyl is UV resistant, it has weatherproof qualities that safeguard itself from the surroundings, and the material resists solvent and retards fire.

3D Vinyl has an improved rigidity to the previously made PVC filament, it has low embodied energy content and most importantly, it is sustainable. 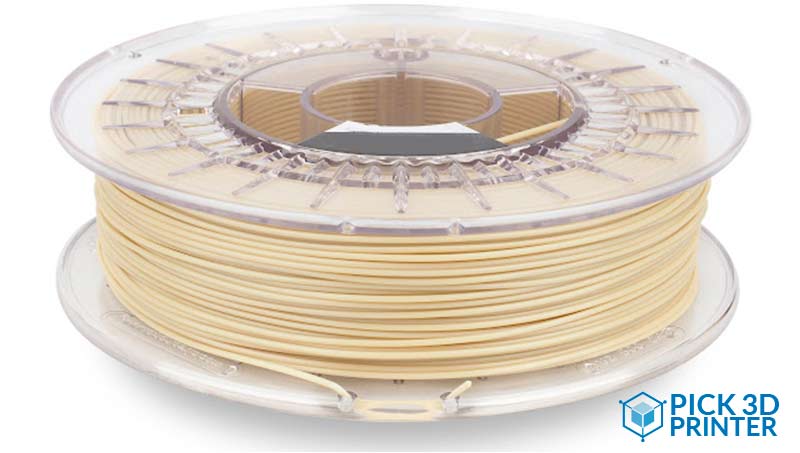 Fillamentum, the company that was established in 2011, a Czech-based company that manufactures top-quality filaments.

With their few years of experience in the plastics industry, they and are currently focused on bringing new trends and materials to the market.

The company launched an FFF filament called Vinyl 303 which was made from PVC and it exhibited the qualities of PVC, such as fire retardancy, chemical corrosion, and high mechanical performance.

Claims are made by this company saying how Vinyl 303 is one of the first filaments used to 3D print PVC parts and functional prototypes.

Expanding on their claims, anything printed with this material has the same hardness as that of a construction helmet.

Can you 3D Print PVC Parts and Functional Prototypes? 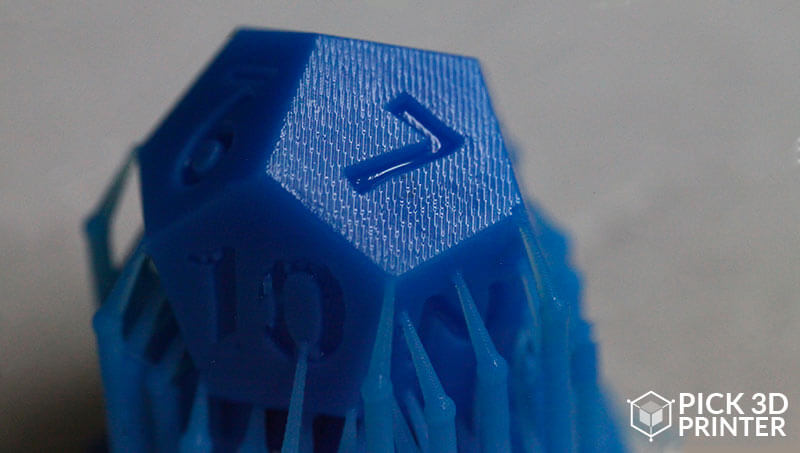 One of the questions that might have aroused in your mind after reading about the companies field of PVC printing is,” whether it is possible to 3D print PVC or not?”

This question is not an easy one to answer and even experts are debating around it. Limitations are surrounding safe 3D printing with PVC filament, that is for sure, but it is certainly possible.

One of the biggest challenges is the fact that PVC contains chlorine, carbon, and hydrogen, and all of these make it problematic and potentially dangerous to work with.

Especially the containment of chlorine in it means proper safety procedures which must be observed and include keeping work areas well-ventilated – because you don’t want yourself to be breathing that in!

And all of these was claimed to offer by AONIQ 888 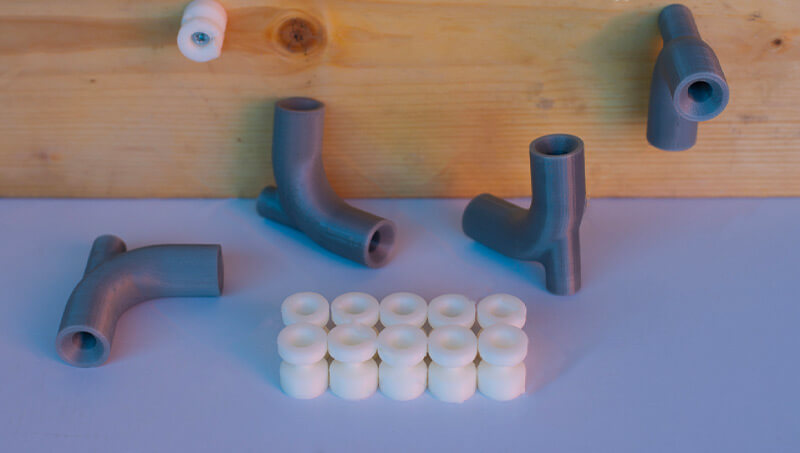 AONIQ 888 is an FDM 3D printer that claims to print with PVC as well as with standard 3D printing materials.

The manufacturer of this printer has also created its own PVC 3D printing formula for this machine that claims to print prototypes including a “honeycomb infill.”

CEO of this manufacturing company Michael Slavica says that with this 3D printer they are giving the average person the ability to not only take on the large corporations but also beat them.

In addition to it, he says how in the next stage of 3D printing, most people who are already using 3D printers for deciding whether they want to continue to tinker on the sidelines or to join the latest industrial revolution.

Apart from the claims to capture the market with its innovation, the company claims the PVC 3D printing to bring reliability to it.

Other aspects to it are the printer’s ability to run continuously for 8 hours a day, 5 days a week without compromising on the quality, even during long printing jobs.

AONIQ also claims about the machine’s ability to have the accuracy of printing parts that have the width of a human hair and includes a printing surface with the most superior surface quality ever available in the market.

The specialty of 3D printing with this machine is that it can print with four print heads that have a size of 2 x 0.4 mm, 1 x 0.3 mm, and 1 x 0.5 mm. The printer also includes a direct drive extruder.

And as for the software, the printer claims to run on Simplify3D and Cura. 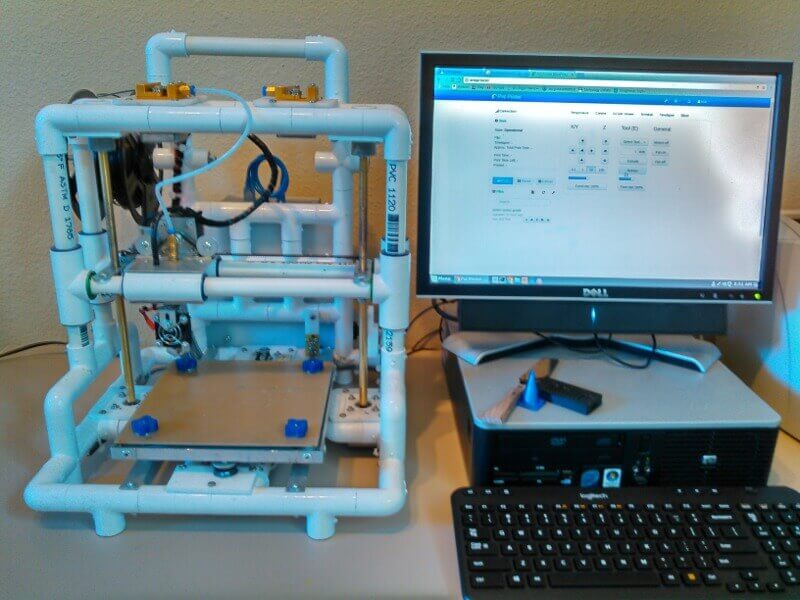 As we have been mentioning time after time in this article, to 3D print PVC is to give an invitation to a lot of precautions.

To start with, it is strongly recommended that the room be well ventilated and the printer should have a closed chamber.

This would eliminate any harmful fumes including hydrochloric acid. It is for this reason that a brass nozzle instead of the steel one can erode after using it for some time.

Whichever printer you are using, should have a HEPA filter, and then the printer is recommended to at least have 80 °C bed temperature.

The print speed of the printer as recommended by experts should be 40-60 mm/s. The layers of parts or functional prototypes should be high enough that they prevent nozzle clogging.

In the filaments that we talked about in the article, manufacturers of those filaments claim them to be used with electronic equipment prototyping and any other application that involves long-term exposure to water, salts, and oil.

However, talking specifically about Vinyl 303 printed parts, it should not come into contact with food, or other consumable items, just like with all PVC.

And if you are looking for this product urgently, we are sorry to say that this product may not be readily available everywhere.

Yes. Even if you do not have a 3D printer, you can 3D print parts and functional prototypes by uploading your files to websites that offer this kind of service.

So, you can check them out to see if they offer 3D print PVC parts and functional prototypes. A little brief about such websites is given below.

As can be seen from the article to 3D print PVC is possible, but to date, the area has not been touched upon as much as other areas have been.

Now, this can be for various reasons, the most obvious ones amongst them are because of the pricing of the filament, electricity that goes to drive a 3D printer, etc.

Another obvious reason could be safety concerns surrounding the area and because of that its non-compatibility issue with hobbyist printers.

So, more work needs to be done in this area to make PVC as normal as ABS or PLA.