If you are searching for a system that lets you print with multiple 3D printing materials, and large build volumes without compromising on the quality, the Desktop Metal production system should be your go-to.

Created by inventors of binder jetting and single-pass inkjet 3D printing technology, Desktop Metal Production System is designed to be the fastest ...
Add to wishlistAdded to wishlistRemoved from wishlist 0
Add to compare
Check Price
Desktop Metal

It starts in the year 1988, where, according to claims, Ely Sachs, the co-founder of this company and colleagues, invented 3D printing and binder jetting.

Dating back to the years 2006 to 2011, making of nanocrystalline and amorphous metals advances were done by Chris Schuh, the Co-founder of the company at MIT. 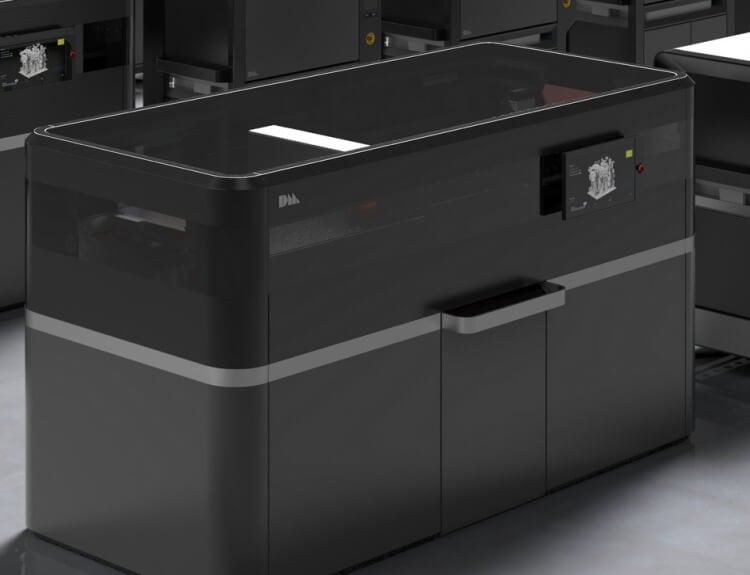 So, overall, you can imagine so many geeks have contributed to this system! And for this reason, we say that the chances that buying this system would disappoint you are negligible would state enough.

Be it the 3D printing technology that it’s based on, or the quality of parts and functional prototypes it produces.

It’s up to the mark enough to make you wonder, how is it possible to build a machine that is capable of producing many high-quality parts and functional prototypes with great speed!

In this article, we are going to share about the various aspects of the Desktop Metal Production System. So, please read the complete article without missing out on important details.

If you are searching for a system that lets you print with multiple 3D printing materials, and large build volumes without compromising on the quality, the Desktop Metal production system should be your go-to.

Its proprietary dividing binder jetting technology produces a world-class quality of parts and functional prototypes that can replace any object produced by traditional manufacturing methods.

The way in which the 3D printing technology works in three different steps, trying to achieve an unmatched amount of quality in every step is applaudable.

Although there are many tiny features that set this system apart from other systems, the overall mechanism that they affect, are mentioned below. Because the geeks have made it, the geeks of 3D printing around the globe are bound to like it.

Uniform print bed contributes to the production of fully dense, high-quality parts that are capable of performing the most demanding applications. The native resolution of the printer is stated to be 1200 * 1200 dpi with 50 micrometers as the layer height. Excellent surface finishes and incredibly fine features are guaranteed using this 3D printer. The primary that the company lists out for producing parts and functional prototypes using Desktop Metal Production System of fully dense, high-quality is then proprietary constant wave spreading technology. The parts printed by this production system are claimed by the company to have densities exceeding 99 percent without a need for infill or solvent debind step.

This processing step is something you do not get to see, being followed in other printers as well.

And hence when you are out there comparing two different production systems, this point should stand out to you.

Through the use of low-cost metal injection molding, the company claims to deliver per-part costs in competition with traditional mass-production techniques.

This production system claims to use the low-cost powders that are used in the MIM industry. 99 percent of the loose powder recovered during the print process can be recycled.

All of the above-mentioned information is combined with high-speed 3D printing, making this production system the most efficient one.

10000 parts can be printed per day using the Desktop Metal Production System which is phenomenal.

So, imagine if you have a batch production, how handy this production system is going to be for you?

The technology used for the production of parts and functional prototypes are bi-directional, single-pass jetting print technology that makes use of every pass the print carriage makes for building parts.

Print speeds achieved in this system are claimed to be 100 times more than laser powder bed fusion systems, for maximizing productivity.

Parts that are supported by loose powder need no welding to a build plate because of the tooling free binder jetting 3D printing process.

So, the complete build volume can be filled by densely nested parts, delivering high throughput.

This results in reducing powder bed disturbance, and the overall variability in the complete 3D printing process. Additionally, it also increases the longevity of the print bar.

A reliable binder deposition and suppressing defects is ensured using the anti-banding mechanism wherein the print-bar is aligned between layers.

The overhead camera is easily monitoring each layer for determining nozzle performance during printing and detecting automated printhead cleaning.

Surprised by the wide range of offerings of features by this production system? There is a lot more to it. Hang on!

Anything from stainless steel to reactive metals such as titanium and other high-performance alloys can be printed using this production system.

Thanks to its inert environment, it can offer an open material platform.

The powder environment is inserted to less than two percent Oxygen, safely supporting a range of reactive as well as non-reactive metals isolated from the ambient conditions.

The same metal powders that are used in the MIM industry or custom alloys can be used for producing parts and functional prototypes.

The other materials that you can print on the Production System are the proprietary binders developed by scientists at Desktop Metal.

These you can use for maximizing success through every stage of the binder jetting process, as per the claims made by the company.

Now that we have gone through the features of this production system in our journey to know in-depth about it, let’s have a look at its Specifications. 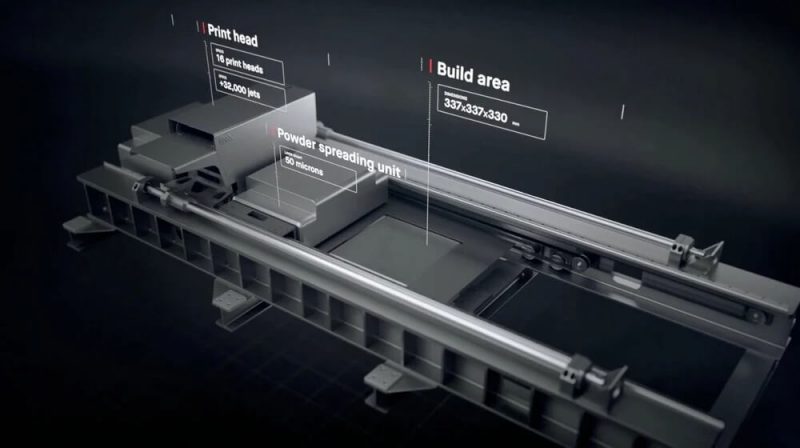 The printer features a print bar, which assumably is in place of a print head in other printers.

The print bar of the Production System features 16384 nozzles that are capable of jetting 1.5 billion drops per second.

And the fact that the company could be able to calculate all this and come up with a number is in itself a wonder to read about.

As mentioned above, the native resolution of this Production System is 1200 * 1200 dpi and it can manufacture 10000 parts per day.

$420000 is the price of this Production System as mentioned on the key reference sources online.

However, to know the correct price, you must request a quote from the manufacturer. 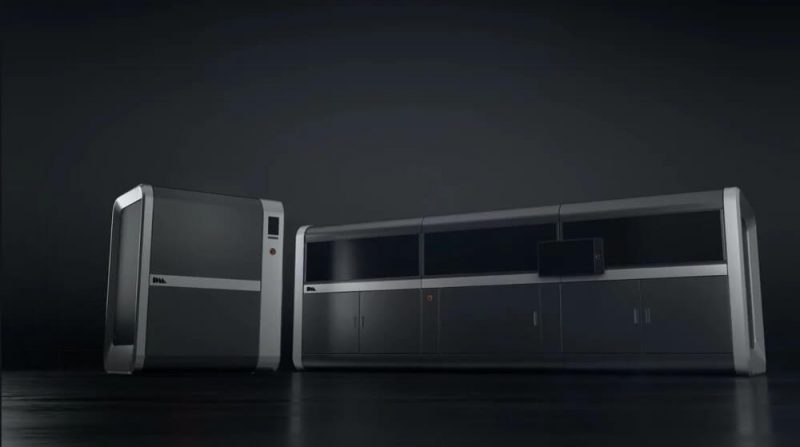 While there are doors on the downside of the left and right of the production system, there is one door in the center.

The touch screen interface is tucked out between the center and right part of the production system.

The upper part of the left, center, and right side of the production system gives you a peek at the inside of the printer.

This lets you monitor the printer while the 3D printing process is going on.

Of course, you have the option to control the functions of this production system using its touch screen interface.

Overall, the production system is eye-impressive.

Although there is no such information on things to take care of when the printer arrives at your store or workplace, we are assuming that you will need a sufficient amount of time to know about the parts and their functioning in the Production System.

And for that company will provide you with on-site assistance. Also to notice is the damage-proof packaging with which the printer reaches out to you.

The touch screen interface is something that will help you in setting up this production system. You’d be guided all long using the screen in front of you.

After having looked at the Features, Specifications, Price, First Impressions, and Setup of the Desktop Metal Production System, it’s time to know about the backbone of the production system.

You guessed it right, it’s about 3D printing technology, the mechanism which leads to producing parts and functional prototypes with unmatched quality.

Dividing binder jetting technology into three steps would lead us to Printing, depowdering, and sintering.

Each of these three steps has its own significance and lead to specific outcomes while a part or functional prototype is produced by Desktop Metal Production System.

So much so that it is possible to produce a competitive cost per part. The printing step itself involves the spreading of powder on the print bed in a uniform manner.

Followed by the depowdering step, which involves the conversion of the powder into a part or functional prototype according to the 3D design.

And lastly, the sintering, which separates the unused powder from the used one. 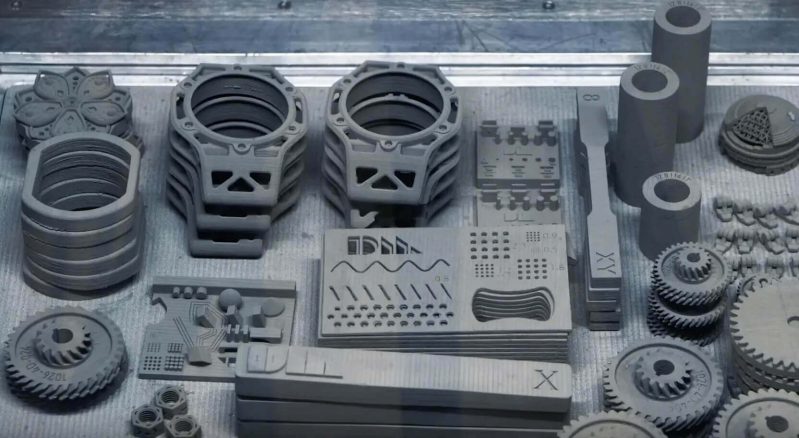 A seat belt pulley, a surgical tool nozzle, a BMW water wheel, Audi fixture, a parking shift bracket, a watch bezel, Ntopology gear, power steering joint, custom bolt, stator, and a watch case are some of the parts that you can get to see online.

These are the parts printed using the Production System and depict high quality in the pictures and applications.

Giving you an idea that the print quality of the Desktop Metal Production system is par excellence.

The software with which Desktop Metal Production System is compatible is easy to use. It lets you build design files in more than one format.

All queries about this printer are answered by the company’s special team of doubt-entertainers.

You can reach out to them in various ways, starting from the most common one that is a phone call, followed by a preferable one that is email, and lastly video calling via Skype.

The factors that should be taken into account while purchasing the production system are mentioned below in brief.

3D Printer cost: Although not mentioned explicitly, you can expect it to be expensive being a large format 3D printer.

3D Print quality: It is amazing to print on this machine. With high resolution to finer details, you get to enjoy your creativity without any doubt.

3D Printer capability: Printing with various materials is one of the main strengths of the printer.

3D Printer Practicality: Automotive industry is where the production specifically mentions its application.

3D Printer User expectations: Professionals in the field of 3D printing technology can rate the true value of this technical gem of a production system.

For those professionals in the field of 3D printing technology and the manufacturers who wish to supply their clients with high-quality parts and functional prototypes, the printer will be a gem for all those users.

If the budget is something you do not want to compromise on, this production system is for you.