These flexibilities as well as the strength that one seeks in the part or functional prototype are because of the strength and flexibility in the 3D printer filaments which gets utilized in making it.

This article is meant to serve as an answer to the second question that arises in the minds of enthusiasts.

If this research is not done, parts or functional prototypes produced can turn out to be weaker than needed for the application. So, it is better to do complete research.

The strongest 3D printer filaments are known to produce end-use parts that can be used for small projects. In this article we mean to take you through exploring the three strongest filaments of all.

But before getting over to the list of those filaments and their properties, let’s define strength in general. And let’s look at the measuring stick that defines a filament to be stronger than the other.

What Does the Strength of a 3D Printing Filament Signify? 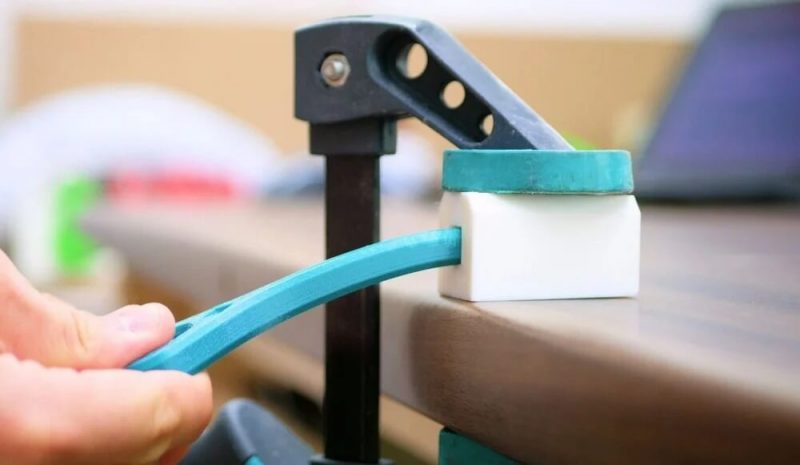 Although with the advancement in technology many factors can be used for terming a filament stronger than the other, in this particular case we will use tensile strength as a determining factor.

PSI which stands for Pounds per square inch is the unit in which tensile strength is measured. Although this measure is indicated using numerics there is an error, a scope of tolerance that comes at the time when it was manufactured.

Although it depends on the method with which the part or functional prototype was printed, there are multiple sources of research that ensures that these three materials mentioned in this article are the strongest 3D printer filaments in the market currently.

The factors that affect the strength of the part or functional prototype apart from the material are, post-processing, printing settings, and the design. So for getting an assurance that the strength of the material is unmatched, you might use the strongest 3D printer filament, but it would not yield any research in case the above-mentioned factors are not up to the mark.

So, special care should be taken about these mentioned factors. Otherwise even after choosing the strongest 3D printer filament cannot yield a strong part or functional prototype.

You can judge three filaments based on the numeric that are mentioned below as well as the things to take care of while 3D printing the corresponding filaments and according to the analysis of that, you can take your decision i.e. which 3D printer filament to print with, for obtaining the strongest 3D part or a functional prototype. 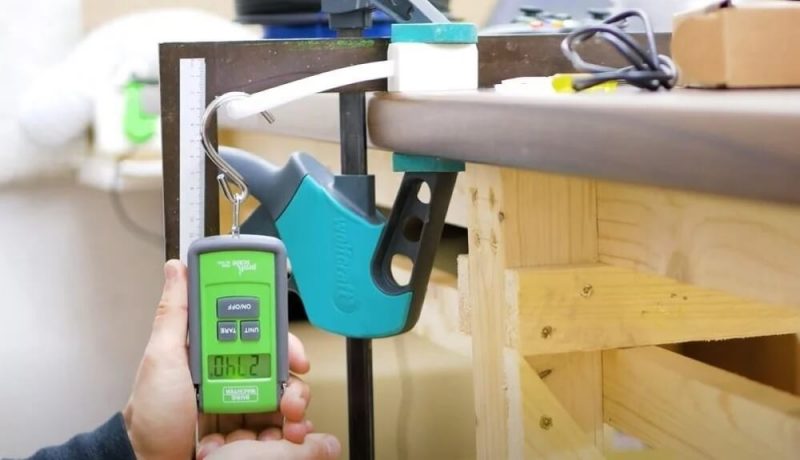 Manufacturers and reviewers worldwide have tested and reviewed Polycarbonate and they consider it to be the strongest 3D printer filament amongst all.

What do Statistics State about Polycarbonate?

After testing many filaments, the company Airwolf 3D derived if there is a 3D printing filament that can be, both suitable for desktop 3D printers, as well as remain strong for producing parts and functional prototypes, it is polycarbonate.

In their tests, they were able to hang a weight of 685 pounds on the hook which was printed using polycarbonate material. The tensile strength of polycarbonate was found out to be 9800 PSI.

When a part was printed using the PLA 3D printer filament, it could only handle weights up to 285 pounds.

A similar test was also conducted by a company named MatterHackers, a variant of polycarbonate’s filament was tested with a variety of other materials, in a hook made up of polycarbonate material, they were able to hang and hold on an average 409 pounds of weight.

Whereas if the hook was printed using PLA, it was only able to hold on an average 154 pounds weight.

Also, to note is how the famous YouTube reviewer Thomas Sandladerer who while reviewing some polycarbonate 3D printer filament gave a very positive review about its strength.

The material is known to not print well, does not respond positively to overhangs or the fine detailing, the way other filaments do.

Coming in a transparent color, Polycarbonate has excellent resistance to thermal changes as well as impact changes if the reviewer rigid.ink is supposed to be believed.

For printing polycarbonate, you will need the printer to withstand high temperatures, so open body 3D printers would not be a good choice, instead, you are recommended to use a 3D printer that has an enclosed body and all-metal hot end.

The advantages of using Polycarbonate for making parts and functional prototypes are that it is super strong compared to other 3D printer filaments. Also, it has accountable for thermal and impact resistance.

Whereas the disadvantages of this material are, it cannot handle overhangs and the intricate detailing which is required in printing some parts or functional prototypes. Also, it requires enclosure and is available in a limited amount of colors. 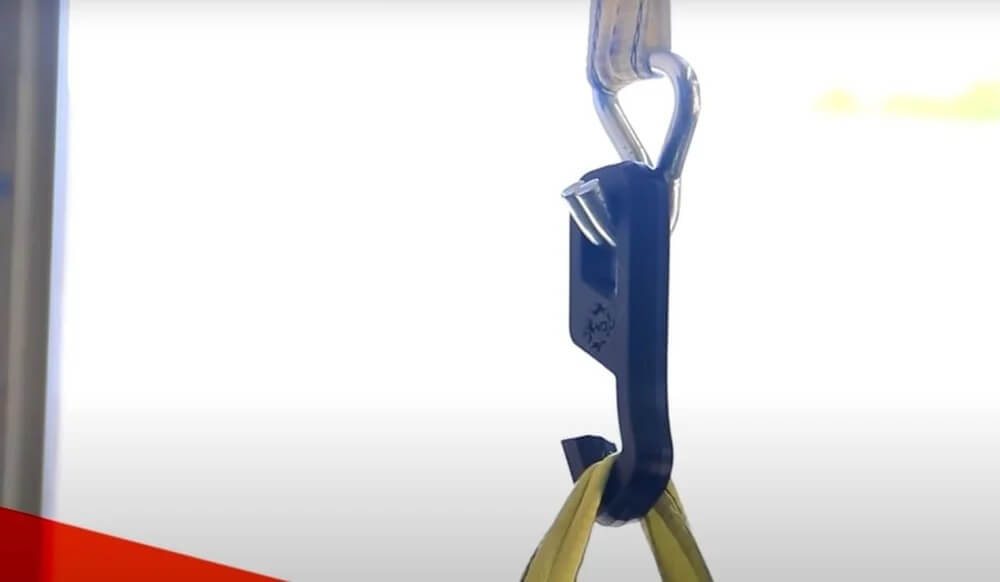 The strength of Nylon comes just after Polycarbonate. But, fortunately, Nylon is way ahead in competition compared to ABS and PLA.

What do Statistics State about Nylon?

Similar to the experiments mentioned in the polycarbonate 3D printing filament section, Nylon too was made into a hook form and tested for how much weight a hook made up of Nylon can hold.

Airwolf 3D reports that Nylon has a tensile strength of 7000 PSI, whereas the strength of ABS is 4700 PSI. A clip that is printed using Nylon filament is known to hold 485 pounds.

There is also a review for Nylon 3D printing filament on the rigid.ink website which gives it four from five in terms of durability. Whereas you find PLA rated at three in terms of strength and durability.

So, as you can conclude when you wish to make a part of higher durability and strength than ABS or PLA, but lesser than that of Polycarbonate, you should consider none other than Nylon 3D printer filament.

But if you are thinking that it offers you the flexibility that PLA does, we would have to state a Sorry to you, because it does not.

Also, Nylon is a hygroscopic material and thus it absorbs moisture from the air. So you will have to define parameters for storing this filament, unline others.

You will have to ensure that this 3D printer filament is dry. Also, it requires a somewhat higher temperature for printing which ranges anywhere from 220 to 270 degrees Celsius.

The material is prone to a mild amount of warping and it also impacts, fatigue as well as heat resistance.

As mentioned above, the maximum hand strength of this material is 485 pounds as reported in the test done by Airwolf.

The advantage of using Nylon is that it does not undergo any impact as such as other 3D printer filaments because it is impact resistant.

Being fatigue-resistant is also a key benefit of Nylon as well as being heat resistant. Also, to note is the way in which Nylon is not as difficult to print, as much as polycarbonate is.

The disadvantage of printing with Nylon is that one has to take care of storing it in a place where moisture is absent otherwise it sucks in all the moisture.

Also while printing with the material one needs to take care of it because Nylon warps. And it requires a very hot temperature for 3D printing this material. 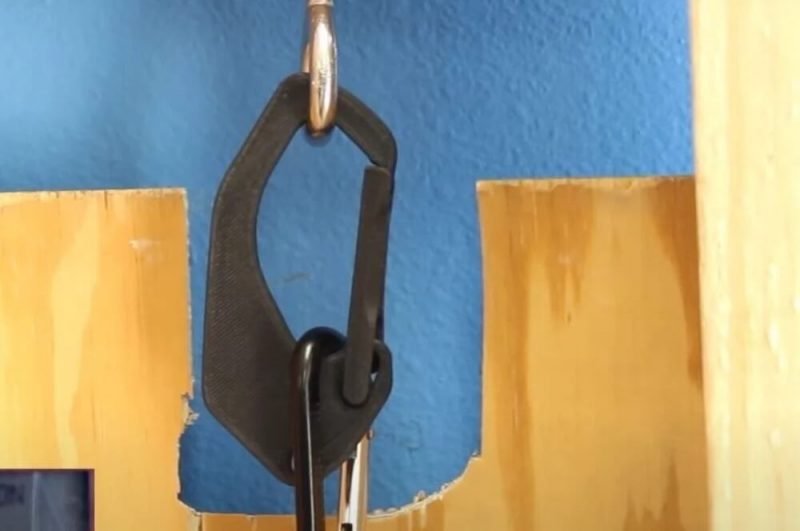 Here are a list of materials and no single ones as in terms of polycarbonate of Nylon. Composites are defined as filaments that have certain additives mixed with them at the time of manufacturing.

So, we would not be exactly able to state composite filaments’ exact strength as we could of Nylon or polycarbonate.

But we can of course assume some standard ones such as Carbonyte and compare its strength with Nylon. Whether they are weaker or stronger!

But the ultimatum depends on the materials of which that particular composite is made up of. Stronger composites are known to be made with high-strength materials such as Nylon, Carbon Fiber, or glass.

Carbon Fiber is also a very strong material when it comes to speaking of it in terms of filaments. It is also used to 3D print bikes.

However, certain 3D printer filaments are very stronger even than Carbon Fibers. And hence they do not make it to the top three on our list.

What do Statistics State about Composites?

Airwolf is yet to publish anything on this matter, but research from Matterhackers could help us with the results of carbon fiber infused Nylon and glass infused nylon filaments.

There is also little observation done by the website rigid.ink which gives glass-infused nylon filament four out of five ratings in terms of strength and durability, whereas carbon-fiber-infused Nylon is given five out of five ratings.

But compared to PLA and ABS, they are both one and two ratings stronger and more durable respectively.

They vary in the way they should be printed, depending on the additives that are added to them. But they all tend to have similar base material.

The strongest 3D printer filaments made from composites are generally known to have Nylon.

Apart from that point, these filaments generally tend to cost more than other 3D printing filaments.

As mentioned above the maximum hang strength of these materials are 349 for carbon-fiber-infused Nylon and 268 for glass-infused-Nylon.

The advantage of printing with composites is that they are a combination of materials so they are strong compared to a single material.

Whereas the disadvantage is that they are expensive and hence unaffordable for small projects.

Also, they require higher temperature chambers to 3D print them so not all 3D printers can assure to print these materials.

Filaments are available in many types and are still being researched upon. So, tomorrow there could exist a material which prints with even more strongly than the above-mentioned materials.

But to date, according to the researches published by Airwolf, Matterhackers, and rigid.ink, we are able to assure you that these are the strongest 3D printer filaments available in the market.

The use of these strongest 3D printer filaments should be made on the type of part or functional prototype you wish to manufacture and the 3D printer that you have for manufacturing the same.

Each of these filaments has its own type of printer setting which will have to be followed while making a part or functional prototype out of them.

And given the standard rule, in case the points would not be taken care of, it would not yield a strong part or functional prototype. So, all the best with your experiments.