Best Filament ? TPE vs TPU Filament Which is Better

With the growth in the use of 3D printing technology to manufacture parts in various industries, there has been advancement in varieties of 3D printing materials available.

And the loop is continuous, meaning that the more 3D printing burgeons, the more amounts of new materials are discovered.

Until recently, the world of mainstream FDM 3D printing material was limited to ABS, PLA, PVA, and PETG. But with the entry of flexible filaments, that world has had two prominent add-ons, TPE and TPU.

Most people believe they are interchangeable, but experts have a different opinion on the same. So, why not find out the same by comparing TPE vs TPU.

Using them we can create parts that possess close flexibility to rubber products that are observed in our world. Having stated so, they both are not exactly the same and have a considerable number of differences.

To start with, the former is a huge class of materials under which the latter falls into. Followed by, their hardness differs and so does their flexibilities.

It is worth noting that despite being materials in 3D printing, both, TPE, as well as TPU, have been around since the 1950s.

So, in this article let’s try to dive into the complexities that are involved majorly in the dissimilarities of these materials to come to exactly know TPE vs TPU. But before that let’s get an overview of these materials, their basic characteristics, and pros and cons!

What is TPE Material? 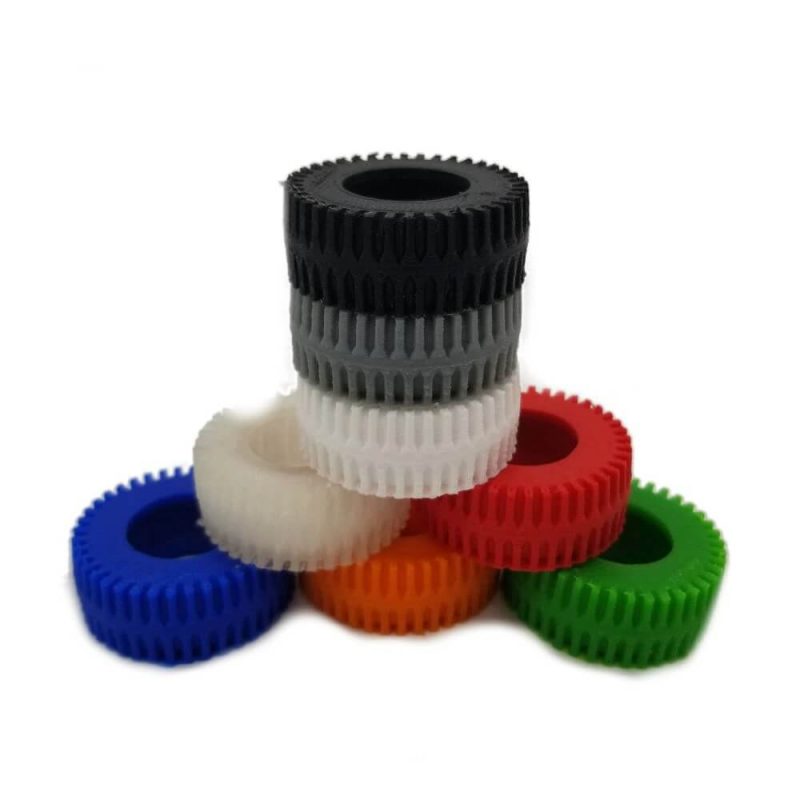 These are also referred to by the name thermoplastic rubbers, they are factually named after a class of copolymers. As the name suggests, copolymers are made by more than one type of monomer.

If you dig a step deeper into elastomers, you’d get to know how most elastomers are thermosets, but TPE is an anomaly in the sense that it is a thermoplastic.

Therefore, unlike thermoset elastomers, they do not need any curing or vulcanization processes and can be repeatedly stretched without any permanent deformation.

It is to be noted that TPE covers a wide range of flexible materials that include TPU, thermoplastic copolyester TCP, and thermoplastic polyamide TPA.

As stated above, TPEs are rubber-like materials that can be fabricated using FDM and SLS 3D printing technology and converted into surgical and dental equipment, also in the food/beverage industry.

ADVERTISEMENT
PROS:
CONS:
back to menu ↑

What is TPU Material? 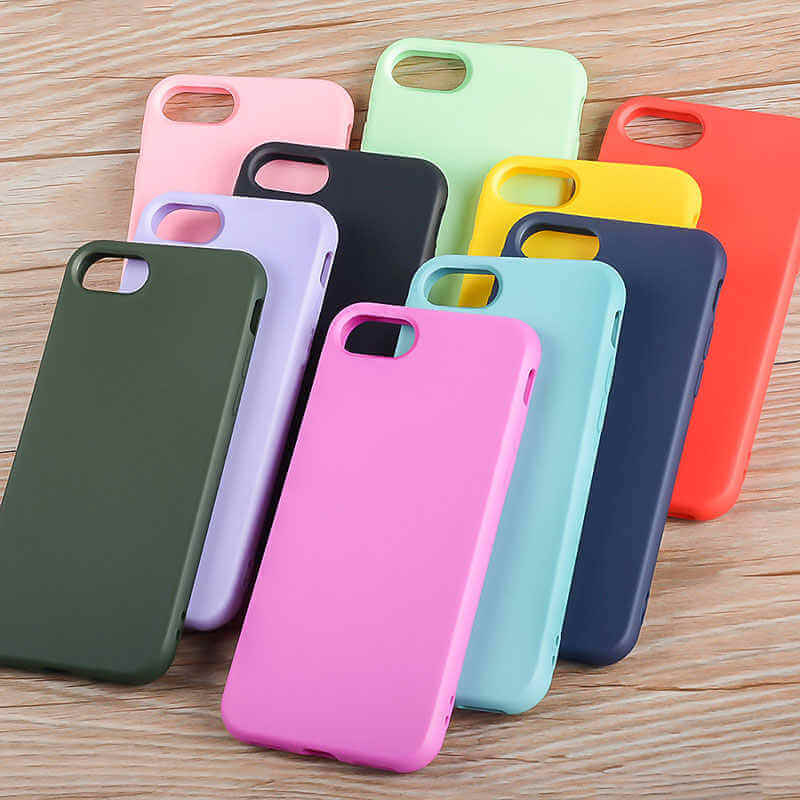 Apart from representing characteristics of rubber, TPU is resistant to abrasion and tear. It has the capability of withstanding moderate loads. The filament is thermally stable and does not deform even on being exposed to high temperatures.

TPU is also resistant to oils, solvents, and greases. The material has a balance of flexibility and strength like no other. And because of these characteristics, TPU finds application in a wide range of sectors such as manufacturing shoe components, smartphone cases, orthopedic models, electronic components, and a lot more.

TPU is also resistant to a lot of solvents and greasing so there will be no problem in smoothing TPU parts.

This characteristic of TPU means a green light for the material for its application in the automotive industry as many components of cars usually exposed to these kinds of substances.

Finding the correct balance of durability and flexibility like TPU is very rare. Printing of TPU and TPE is possible using FDM as well as SLS 3D printing technology.

What is The Difference Between TPE and TPU?

Having gone through both the materials, now we will start with the differentiation TPE vs TPU filament and try to conclude which one is better than the other depending on the various parameters such as the printer settings required for printing them, their applications, storage conditions, and tips with which printing them becomes a piece of cake. 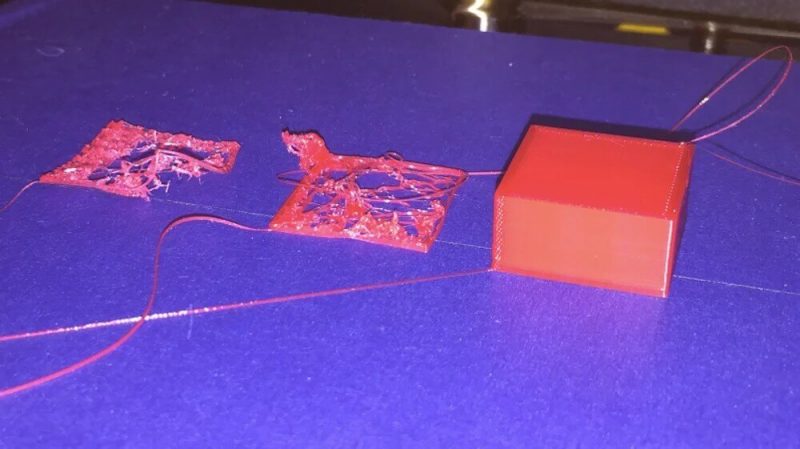 TPE filament can be buckled or squeezed if there are any gaps in its path. So, make sure the 3D printer that you are using has a continuous construction along the filament’s way.

It should be well constrained, without any gaps or obstacles. It is also recommended for you to have a direct-drive-style extruder.

The same goes with TPU as well, a Bowden style is less advisable for printing with this filament. Because TPU filament coils and clogs along the way before making it to the print bed.

The general agreement about the temperature that is necessary for TPU is in the range of 220 to 250 degrees Celsius. However, experts recommend 230 degrees Celsius as the most suitable one.

Moving on to retraction settings, for TPE it is recommended to have minimum to the point of being negligible or almost zero retraction, the same is true for TPU as well.

For bed adhesion of TPE filament, you are advised to use a painter’s tape, glue stick, or hairspray when an unheated 3D print bed is found in the application.

For TPU filament’s bed adhesion using build surfaces like PEI or blue builder’s tape along with similar ones is recommended.

However, it is advised to be more careful with TPU while using PEI sheets as TPU sticks very well and there might be troubles in removing this material.

You can use an extra glue stick or another surface for adhesion and preventing parts from pulling off the PEI sheet after printing and fusing with the material.

If you have touched and felt phone and tablet cases, you have felt TPU. It’s used in such materials because it can absorb the shocks, vibrations, and impacts that are subjected to the material.

Because of such a quality, TPU is also great for tires and other custom rubber parts, and shock absorbers.

Rarely, TPU is also used for making caster wheels that are seen as wheels of chairs, desks, and other applications like drive belts.

TPE vs TPU in terms of application is mostly similar and you can guess that from their relativity mentioned at the start of this article. However, TPE is used in more segments than TPU for obvious reasons.

TPEs are used in fields where flexibility, comfort, or cost savings are needed over silicon material. TPE remains a top choice for applications like surgical, dental tubing, and also in the food/beverage industry.

TPE filaments are generally hygroscopic, meaning that they absorb moisture from the air. If not taken care of, the quality of material can degrade which will have possibilities of failure of the print.

So, it is recommended to store TPE in an arrangement that has a low-humidity environment.

Typical arrangements include a bag with desiccant packs. The same applies to TPU, the filament absorbs a lot of moisture from the nearby air around it. 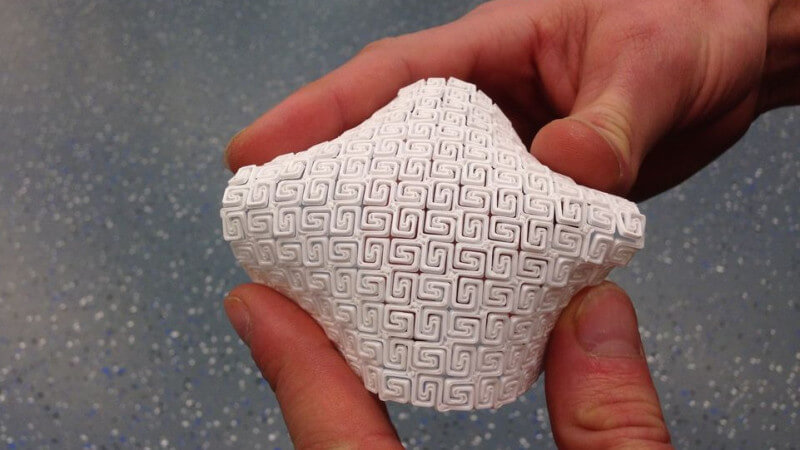 In case you keep the print speed faster than the range that’s mentioned above, TPE 3D printing will result in a jam. Also, as mentioned above TPE works better with a direct drive extruder, so it’s advisable to be extra careful when printing with a Bowden extruder.

Stating about TPU, it is easier to print than TPU as it is stiffer in comparison. However, compared to rigid filaments such as PLA, it ranks lower.

So, printing it is also tricky. You are recommended to slow down the extrusion speed and retraction movement for optimizing the complete process using TPU.

Apart from that, it is important to note that rafts are not recommended while TPU 3D printing. The reason being, raft – the arrangement generally used for preventing warping will be useless as there are no chances of warping reported with TPU 3D printing.

Instead, a skirt would be advisable, because it will allow you to check the flow of the filament and ensure the success of the first few layers. TPE vs TPU, in terms of using support structures, the former can be successfully printed without any.

3D printing either TPU or TPE in a temperature above or below that range would mean intentionally roaming in the area where there are more chances of failure.

Both the filaments are very delicate and must be dealt with the utmost amount of care. Also, the retraction settings and bed adhesion should be particularly taken care of.

If you look up brands available in either, TPU or TPE filaments, you will find plenty. This is because recently the complete range of flexible filaments has come into the limelight.

ABS, PLA, PETG, PVA, and other mainstream 3D printer filaments have been a little sidetracked by these delicate but efficient 3D printer filaments. And the reason for this behavior is the eccentricity that these filaments cater to you i.e. flexibility and durability like no other.

While buying any of these, you must make a note of the criteria that we have mentioned in the article. Points like printer settings are something you must compare with the 3D printer that you have to conclude which of these is better.

Digging deeper into it you’d get to know about the retraction, extruder, heated bed, bed adhesion, and print speed requirements that TPE and TPU require.

And these can be the parameters based on which you can decide on one amongst the two. Many brands also use TPE interchangeably with TPU, so you’d have to look into their properties specifically to separate them.

TPU filaments are generally priced anywhere between $45 to $50, while TPE filaments are priced in the range of $40 to $50. So, if budget is not your concern the two can be used alternatively.

Overall, the main point of distinction between these two flexible filaments is centered around minute differences in their printer settings and applications.