The unique manner of moving the axes used by CoreXY 3D printers results in several advantages that some producers might consider more essential than others. It is up to you to decide how you will weigh the benefits and drawbacks.

One of the most significant advantages is that a CoreXY 3D printer has a lighter printing head, making it more accurate, steady, and less prone to errors. However, this comes at the expense of a large number of moving parts that can be difficult to maintain.

CoreXY printers are among the most distinctive and versatile 3D printers available, making them a compelling option for both hobbyists and professionals.

So far, so good, but which ones stand out as the best? We have compiled a list of the top CoreXY printers now available after an intensive time of searching the web and dark corners of forums, as well as the typical lengthy discussions among the editorial board. 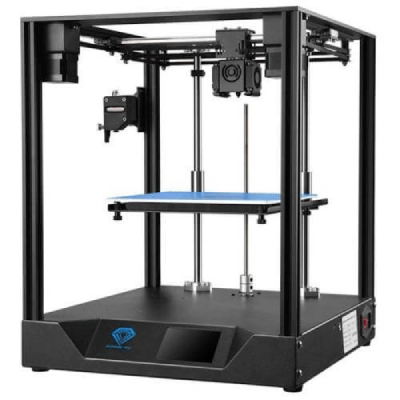 The Sapphire Pro, an updated version of Two Trees’ earlier Sapphire S, is a new budget-friendly machine from Chinese printer maker Two Trees. The Sapphire Pro has a cube shape and a CoreXY belt configuration, comparable to an Ender 3.

It has a print area and machine size equivalent to an Ender 3. It is promoted as being quick, accurate, and reliable, with some high-tech capabilities thrown in for good measure.

The Sapphire Pro CoreXY 3D printer is aimed at enthusiasts and beginners on a mid-range budget, with a price tag of roughly $300.

Being a DIY assembly machine, Tronxy X5SA Pro is more suitable for enthusiasts with a 3D printing experience. The printer utilizes a two-axis guide ...
Add to wishlistAdded to wishlistRemoved from wishlist 2
Add to compare
Check Price
Tronxy

The Tronxy X5SA CoreXY 3D printer appeared to provide a great deal of bang for your buck. The Tronxy X5SA offers a great platform for customization in general. 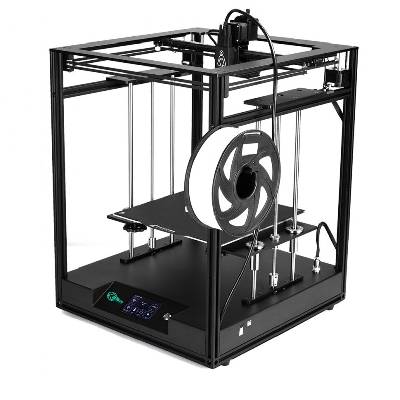 The Creativity 3D Elf is a low-cost CoreXY 3D printer with a huge build volume of 300 x 300 x 350 mm.  Because the printer is sent as a kit, it will need to be assembled before it can be used.

The Elf offers a quiet and stable operation, as well as room for mods and upgrades such as a BL-Touch leveling sensor. 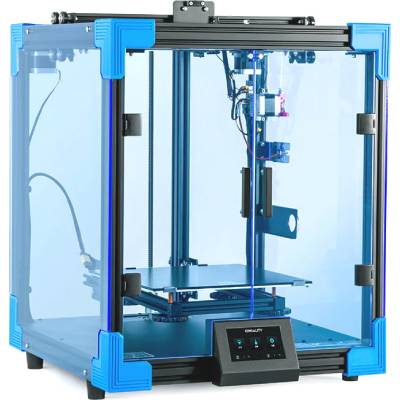 The Creality Ender 6 CoreXY 3D printer comes as a partially built kit. The shipping packing is robust and keeps the components safe during transit. Everything you will need to set up and use the printer is included in the box.

For a relatively low price, the Ender 6 has a big construction volume. Most notably, in comparison to most other printers in its class, its print speed is extremely fast. 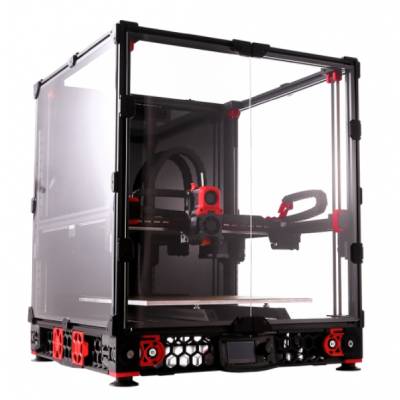 The Voron project began in 2015, and the team has done an outstanding job of building a professional-looking and high-performing machine since then.

This open-source CoreXY 3D printer’s latest version is Voron 2.4. This machine stands out for more than just its beautiful appearance. In many ways, it is a one-of-a-kind printer. 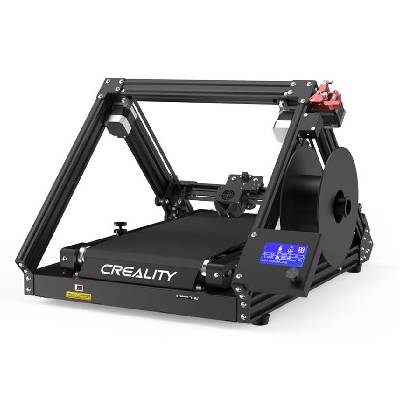 Extrusion 3D printing is used in the Creality 3D CR-30 3DPrintMill. The extruder’s working angle is another unique characteristic of the 3D PrintMill.

Creality CoreXY 3D printer has set its hot end to 45 degrees in order to print indefinitely. 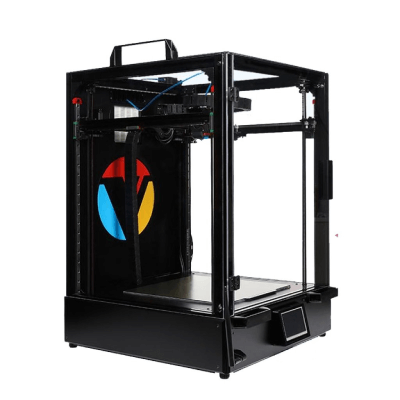 The Vivedino Troodon CoreXY 3D printer is definitely at the top of the convenience list. It comes completely assembled, so no adjustments are necessary to get beautiful prints. 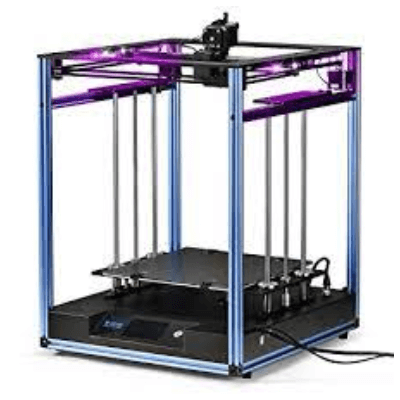 The Coreception is a bright block of a CoreXY printer with a direct drive extruder, silent printing with TMC2208s, a strong Z-axis carriage, and ‘correct’ belt configuration for its CoreXY kinematics.

Looking closer, it is evident that Creativity 3D is the Coreception’s original equipment manufacturer, and that the printer is marketed as the Creativity 3D Elf. 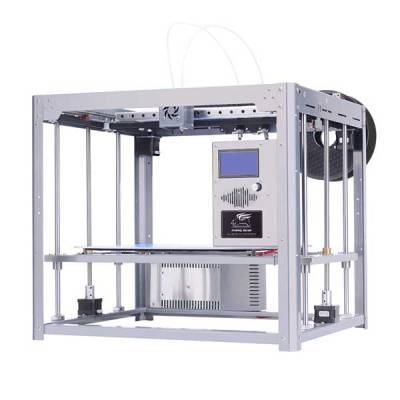 The FlyingBear Tornado is a big metal-framed CoreXY 3D printer kit by FlyingBear, a Chinese manufacturer. This DIY 3D printer, which includes the FlyingBear P905 and P905X, is the largest in the range. 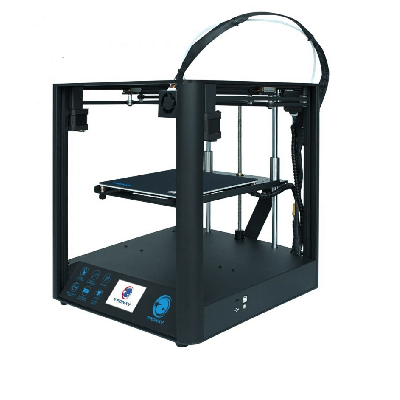 The Tronxy D01 Plus CoreXY 3D printer from the “Shenzen Tronxy Technology” product line has many technical features that make it one of the best on the market right now.

The gadget is equipped with capabilities that will pique the interest of both professionals in the industry and those who use a wide range of computer equipment just for fun, hobby, or leisure.

The acquisition of a new Tronxy D01 Plus may be considered one of the aptest at this moment if you require an efficient product that is simple to use and functional for a variety of activities.

Not only are 3D printers getting more popular, but they are also becoming more affordable. Before purchasing a model, the following factors should be considered:

The popularity of open-source 3D printers has skyrocketed. Because of the architecture and technology underpinning CoreXY printers, there are numerous open-source projects available.

People have added their own twists and tweaks to these printers, resulting in a wide range of fantastic outputs.

The main benefit of utilizing a CoreXY 3D printer is that it is open-source, which means it can work with a variety of firmware and applications.

For more information about open-source 3d printers, check out our Guide to The Best Open-Source 3D Printers

The Base Plate And The Printing Bed

The size of a printable object is determined by the printing bed of a 3D printer, also known as the base plate. A unique coating on the print beds allows the workpiece to be removed without leaving any residue.

The Interface For Data Transmission

Many 3D printers provide both a conventional USB connector and an extra interface for SD format memory cards. This enables printing to be done without the use of a laptop or computer. The model files must only be copied to the SD memory card.

Number Of Nozzles And Extruder Temperature

Two-color objects can also be printed on 3D printers with two nozzles. They simplify manufacturing and can even get points on sensitive items.

To prevent the object from collapsing, a second, third, or even fourth nozzle might be used to apply a water-soluble support material to it while printing.

All used nozzles may be readily cleaned out with water after the printing process is completed. So checking the number of nozzles and extruder temperature is a necessity.

Large things can take more than 10 hours to make, and sometimes much longer. Printing time might vary greatly depending on the complexity of the artwork and the capabilities of the 3D printer. As a result, printing speed is the most significant factor to consider when buying a printer.

The Printing Precision of the 3D Printer

The length and width of the X and Y-axes, which is the 2D resolution, are distinguished in 3D printing. The resolution of the height, i.e., the Z-axis, varies a lot from one model to the next.

The built-in mechanics always decide the precision of the Z-axis. Particularly high-quality 3D printers can achieve and maintain a resolution of 0.01 millimeters in the X and Y axes.

For high-quality models with a much higher purchasing price, the resolution in the Z-axis area is 0.005 millimeters.

Not every 3D printer is capable of printing on a big scale. Very low-cost designs, for instance, can frequently only make very small items of up to 11 cm.

This refers to the printing chamber’s volume, which is defined by the workpiece, the printing bed, the extruder, and the guidance mechanism.

All of these parts are housed in the same printing chamber. Mid-priced 3D printers frequently have enough room for things with edge lengths of 20 to 30 cm.

What Is A CoreXY 3D Printer, And How Does It Work?

A Cartesian-designed CoreXY 3D printer differentiates from FDM printers. It has independent motors for each axis and a more complicated overall design. They are often lower in size overall without losing build volume.

Yes. In fact, they often outperform other FDM printers in terms of quality. This is because they have fewer moving components, which means there is less room for wobbling and vibrations.

Is It True That CoreXY 3D Printers Are More Expensive?

Not necessarily; in fact, they are frequently regarded as the most affordable 3D printer alternative. Because many CoreXY 3D printers require more changes and upgrades, they are generally less expensive than many other FDM models.

Is It Difficult To Put Together A CoreXY 3D Printer?

It varies on the printer; however, they can be a little more difficult than others. This is because the frame must be completely square. It can cause printing issues if it is not. Some do arrive already constructed, but they are usually much more expensive.

Is It Simple To Use A CoreXY 3D Printer?

Yes, for the most part. They are simpler to use than some other 3D printers, and even total beginners should be able to rapidly learn how to produce high-quality prints. Some of these 3D printers have significant communities of users who can assist.

There is nothing to avoid in a 3D printer if you want to turn your hobby room into a production factory for three-dimensional products.

The technology behind it is constantly improving, and the top CoreXY 3D printers are now available at affordable costs. The market is enormous.

On the market, a slew of new models from a variety of manufacturers is generating a sensation. Even for those with little technical ability, 3D printers have become a fun hobby.

The majority of CoreXY 3D printers are simple to set up and use. If you run into any issues with setup or operation, groups that specialize in the purchased model can help you out quickly.

Smaller assemblies or workpieces can be produced with the entry-level versions. With an edge-to-edge size of roughly 11 to 14 inches in height, the creativity of these CoreXY 3D printers is severely constrained.

Devices in the $700 to 1,200 range are appropriate for printing mid-size objects on a regular basis using a CoreXY 3D printer. Larger things can be printed using 3D printers in this price range.

Large-format 3D printers are appropriate for professional hobby use or the professional sector in general. These are priced between $1,700 and $1,800. Even large 3D objects can be created with an edge length of up to 30 cm.

Added to wishlistRemoved from wishlist 2