What is Rapid Manufacturing? A Quick Guide for Beginners

It is the style of manufacturing that is specifically on-demand for mold makers, and low-volume production of injection-molded plastic parts. But hang on before considering rapid manufacturing equal to just molding.

This specificity of manufacturing automation can be applied to 3D printing, CNC machining, and more a lot more.

Each of these processes has its own subtypes reading which in detail you are able to know about how the parts and functional prototypes have this specific design which they do. Currently, there is this recently invented type of rapid manufacturing which is in trend i.e. additive manufacturing.

So, in this article, we are going to look into the details of the types of rapid manufacturing processes especially into additive manufacturing and how it works. But first, let’s start by exploring how this way of manufacturing works for mold makers.

How Does Rapid Manufacturing Work for Mold Makers? 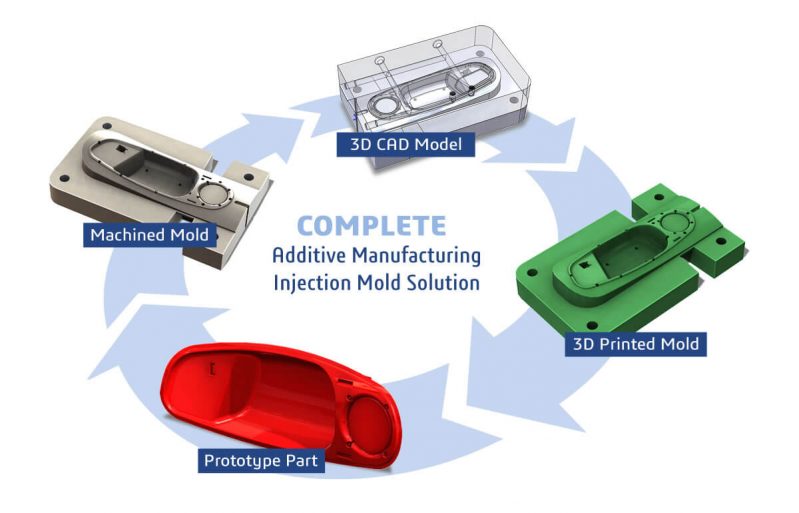 Compared to the time which mold makers had to wait for in the past i.e. often for weeks and months, and commit themselves to a high capital expense, with the help of rapid manufacturing they can get an aluminum tool for a few thousand dollars which is capable of producing more than 10,000 parts or often tens of thousands of parts.

So you can get a sense of the time period which has been reduced because this technology has come into being. The result of this significant decrease in time is not only short-run parts in hand within a few days but also quality plastic and metal parts which weren’t possible before.

Having said that about mold makers, there is something that this technology has which is, it provides automated design for manufacturability. DFM analysis is an important benefit that software automation provides to the customers of rapid manufacturing.

Under this service, you can upload a CAD model online and have feedback on your design within 24 hours. And this analysis identifies exactly what needs to be adjusted in the CAD model to make it more useful than what it currently is.

In other words, what would you do which will improve its manufacturability? Imagine the number of production issues that doing this reduces and the number of dollars that it would save you as a manufacture of specific parts and functional prototype who gets to know what exactly were the flaws in the design.

By using this you can stop the flaws at the prototype level and make sure they do not enter on the product level.

When this technology is specifically enabled with a rapid manufacturer, any company can reduce product development cycles, reduce technical and supply chain risk, and reduce the total cost of development and inventory.

Whereas Tooled manufacturing leads to Injection molding and urethane casting. Let’s try to explore them one after the other starting from: 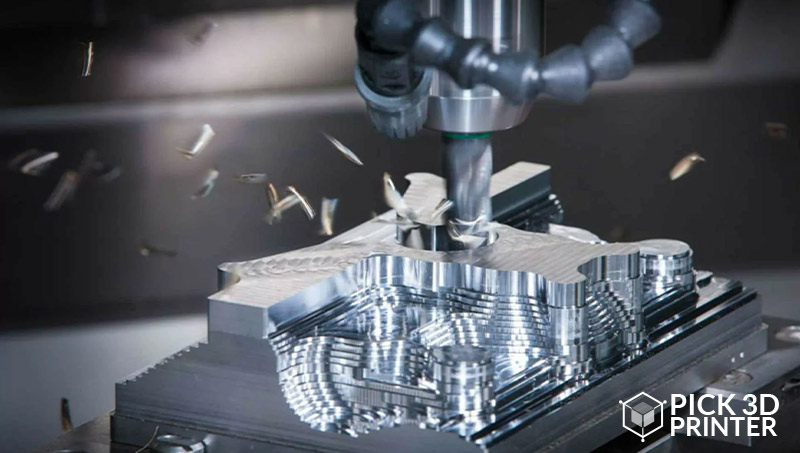 This classification can be used for any process in which parts are produced by removing material from a solid block for producing the desired shape.

The removal of part is primarily done using computer numerical control or how they are popularly known as CNC machines. Making of any part or functional prototype on this machine utilizes various tools that are able to move and cut in three dimensions.

Another machine that is just used as a CNC machine for subtractive manufacturing is Electrical discharge machining or how it is more popularly known as the EDM machine.

So, handmade carving or the operation of a lathe, drill press, or saw would usually not be referred to as subtractive manufacturing.

There is a computer, which has some controls like keyboards and mouse and there are some numerical on the keyboard which is used as codes so as, when you enter a specific code, you get to see its specific implementation.

So, say for example if you type 1, it stands for maybe milling or cutting function. The computer and the machine are completely in sync with each other so when you enter numerical 1, it’s going to get the message of starting the operation of cutting or milling whatever 1 stands for.

The definition is that this one is a subtractive manufacturing process that particularly employs computerized controls and machine tools. Why does it do so? For removing layers of material from a stock piece which is also known as the workpiece.

And what does it get by doing so? Well, it intends to produce a custom-designed part. This process is a comfortable one for a wide range of materials, including metals, plastics, wood, glass, foam, and composites, and finds application in a wide range of industries.

So, while speaking in terms of the machine itself, the CNC machine definition is that it represents the actual programmable machine. Not any machine, but that which is capable of autonomously performing the operations of CNC machining.

Sheet metal forming occupies a space right at the heart of industrial manufacturing. You can observe almost all products that consist of multiple parts carefully and there are high chances that at least one of these parts will be formed out of sheet metal.

Even if you take something as simple as a bent strip of phosphor bronze which is used to conduct electricity in a switch, or maybe a piece of steel to act as a spring. They and countless other products are dominated by sheet metal parts. For instance, just think of cars or the case for beverage cans.

The main reason for this popularity which is gained by sheet metal and sheet metal forming is that the sheet metal itself can be cheap, and forming and joining operations can be done rapidly on them.

Its annual production volumes can run into the hundreds of thousands for cars, or sometimes even hundreds of millions. Additionally, sheet metal can be painted and textured for having many different kinds of look and feel, and they can provide a distinct product character.

Look at the utilities in your kitchen made up of stainless steel or vintage or classic car bodies. In short, if you are a designer in the field of manufacturing it is a must to study the principle with which sheet metal forming works. It is that obvious.

After looking at subtractive manufacturing, let’s jump onto: 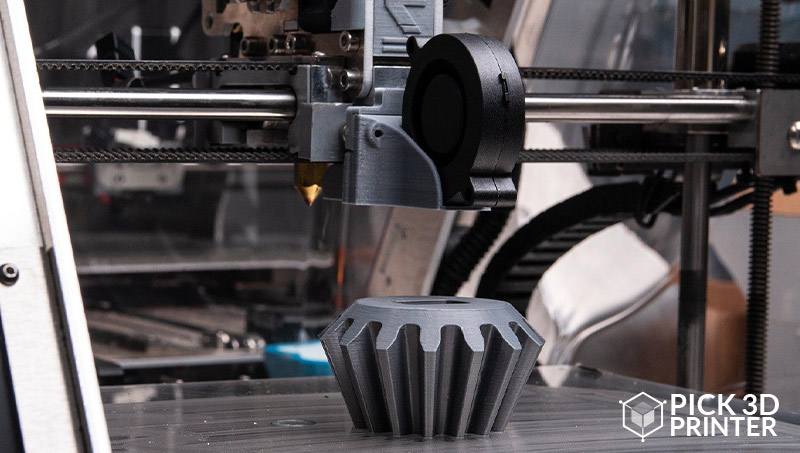 This is a title that’s given to any process in which parts are produced by depositing material for creating desired shapes, parts, or functional prototypes.

Most of you would have heard about 3D printing, which is the most common additive manufacturing process. But there are other examples to this too, like welding or sculpture modeling wherein you add clay or other similar materials.

Generally, the term additive manufacturing applies only when the process is automated or computer-controlled. So, you have one thing in mind that the parts that are manufactured using this technique are precisely made.

So, if seen in a very strictest sense, welding by a human cannot be considered normal as an additive manufacturing process. So what is? Let’s get the answer by looking at its subtypes.

FDM is the most popular method of 3D printing used for manufacturing. Here is a specific 3D printer which is based on FDM technology is used for creating parts and functional prototypes.

Objects created with an FDM printer are originally Computer-aided design (CAD) files. It is to be noted that before an object can be printed, its CAD file has to be converted to a format that a 3D printer can understand which is usually.STL format.

There are two kinds of materials used by FDM printers, namely, a modeling material, which constitutes the finished object, and a support material, which acts as a scaffolding to support the object as it’s being printed.

More commonly referred to as SLA 3D printing, it is one of the most popular and widespread techniques in the world of additive manufacturing. Here the working of the printer is done by using a high-powered laser to harden liquid resin that is contained in a reservoir.

This is all for creating the desired 3D shape in part or a functional prototype. Overall, this process converts photosensitive liquid into 3D solid plastics in a layer-by-layer fashion using a low-power laser and photopolymerization.

Just like every other method of 3D printing, the process starts with a computer-aided design (CAD) file which is converted to.STL format. Objects that are printed with SLS are made of powder materials with unlike filaments or resin, most common plastics, such as nylon.

These powdered materials are dispersed in a thin layer on top of the build platform inside the SLS machine. There is a laser inside the 3D printer, which is controlled by a computer that tells it which object to print.

This process fuses the particles in the powder together into a solid form, forming a complete layer. After this, the printer exposes the laser to another layer and the same process continues again and again until the entire object has been printed.

The working material for this 3D printing process is also what it was for the process that you just read i.e. finely powdered metal. Eccentrically, the manufactured size of the metal particles is 20 – 40 micrometers.

Whilst the particle size and shape limit the detail resolution of the final part. The general ruler here is that the smaller the metal particle size is, and the less variation it undergoes, the better resolution it has.

The printer in the case of DMLS uses inter gas for protecting heated powder and part as it is built.

Also known as material jetting, the process works in a similar way to a standard inkjet printer. However, the key difference is that, instead of printing a single layer of ink, multiple layers are built upon each other to create a solid part.

Here the print head jets hundreds of tiny droplets of photopolymer and then cures or solidifies them using ultraviolet light. And then after one layer has been deposited and cured, the build platform is lowered down one layer thickness, and the process is repeated to build up a 3D object.

You can build, re-build, edit, change the design, go on to think what were the flaws, all without spending must cost like in other manufacturing technologies.

Especially in additive manufacturing and 3D printing wherein you don’t have the costly raw materials and even if you do in cases, you do not have to worry about damaging them as much as you need to do in subtractive manufacturing.