When it comes to flawless 3D printing, each small factor in the entire process plays a huge role. And one major part is played by 3D printer file formats. There are a lot of different options available to get the job done, but not all of them are compatible with every printer. Also, not every software creates files supporting every available format.

So, you need to know which ones to use correctly. In addition, every file format has its own pros and cons. While some are more popular, others enjoy a small audience. However, it is imperative to learn about most of these formats before you start printing the different models.

What File Formats Are Used in 3D Printing? 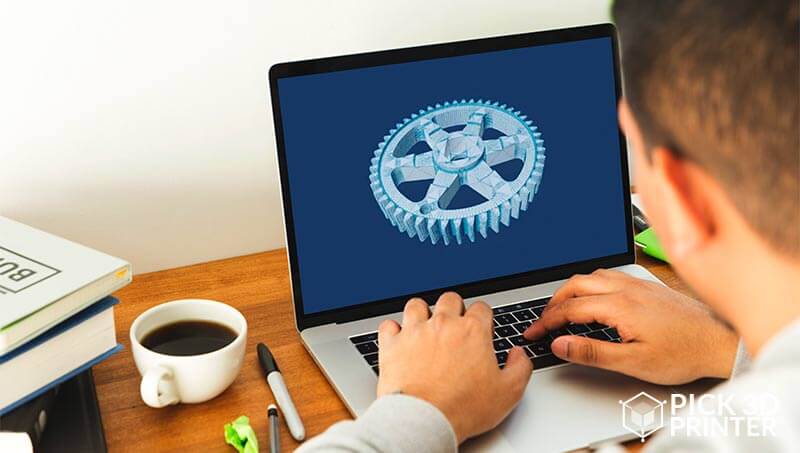 Some of the usual file formats that everyone comes across when working with a computer are: .doc, .jpeg. .xls, etc. In short, file formats are the extensions in which a particular program stores a saved file.

In the world of 3D printing, a 3D printer needs a blueprint of the object that is to be printed. This file stores all the relevant data about the 3D part like its geometry, color, texture as well as materials. And there is not just one particular file format, but there are many that can hold such information. Some of the classic examples of file formats are STL, COLLADA, OBJ, FBX, X3D, etc.

Note that among the different formats are 3D printer file formats – via which 3D printing happens. And even among them are some file formats that are most commonly used for designing purposes.

As said, few choices are often used and highly pronounced among users. Anyone working with a 3D Printer definitely has come across these names such as STL, OBJ, AMF, and 3MF.

What is the Importance of a 3D Printer File Format? 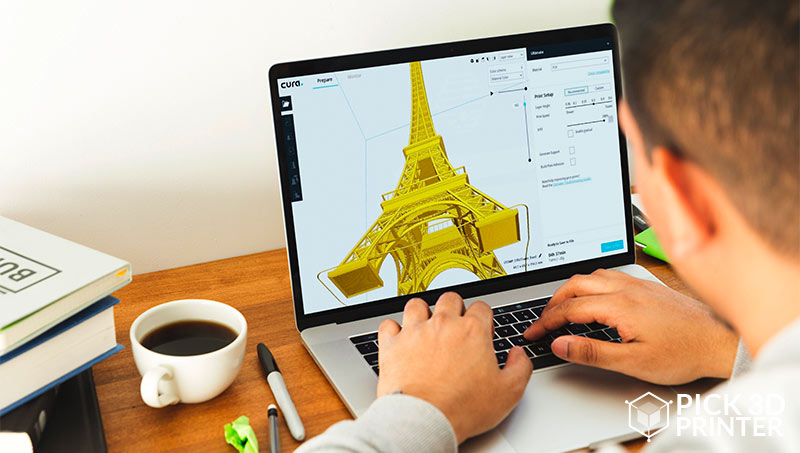 There are two reasons why you should take care of the 3D printer file formats.

They decide which information is fed to your 3D printer

Herein, mostly when you are printing with a single material and in a single color, STL file format does the needful. But as soon as you have the task of printing a part with more than one color, you need to search for some other option than STL for a simple reason i.e., STL file format is not capable of storing and processing information about colors.

And the color is a very important aspect of 3D printing. Although there are other aspects such as materials and precision, color is also a considerable one. So, depending on the type of your print job, the user needs to select a 3D printer file format that can transmit the needed information to the printer.

They are paired with tools

There are so many 3D printing software and hardware available in the market. A 3D printer file format is not compatible with every one of those.

Take, for example, the CAD software Blender that supports importing as well as exporting STL files. It has no support for a 3D printer file format named 3MF. So, in case you wish to use the 3MF format, you’d have to give up using Blender and move to some other CAD software like Solidworks or Fusion 360.

Doing so, not only costs a handsome amount of money, but also a lot of time for learning and grasping the new tool. The same is applicable for open-source slicers such as Cura or Simplify3D.

So, if you do not have enough knowledge about 3D printer file formats, their features, strengths, weaknesses, applications, and compatibility, things would fall into place as nicely as they would do otherwise.

When you are using one of these file formats, there is a sense of satisfaction that most of the 3D printers will be compatible with at least one of these. So, you do not have to go through the process of conversion. 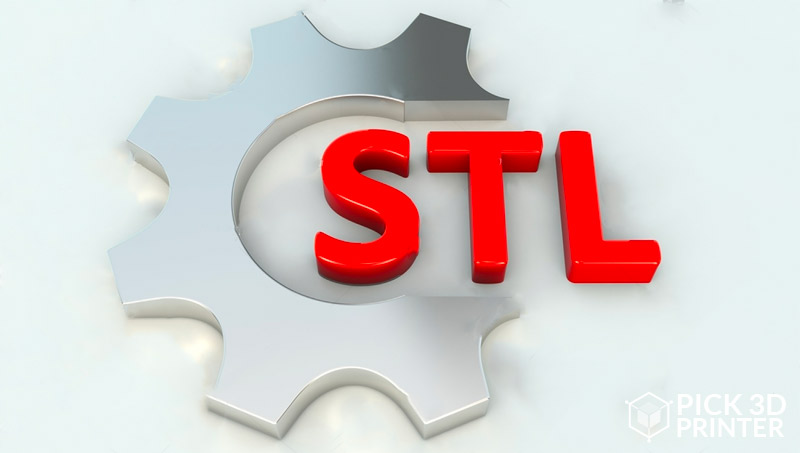 Most of the design professionals use the STL file format. This one has an intriguing history that dates back to 1987 when Chuck Hall invented the first 3D printer at 3D Systems, which he also founded.STL file format. Since then, it has remained a standard 3D printing file format.

STL is a simple file format that supports ASCII i.e., larger file sizes that are human-readable, as well as smaller file sizes with binary encodings.

This file format can support encoding a 3D model’s geometry, but it shows no support to store any other interesting object properties. So, you cannot share any other information such as colors, textures, or materials.

STL utilizes a simple approach called tessellations for storing geometry. It is the process of tilling a surface with one or more geometric shapes in a way that there are no gaps or overlaps in the middle. A live example of tessellation is a tiled floor or wall.

Although there are many reasons why STL is this popular. One simple answer is because it is old, people think it is reliable. Also, it is simple in use therefore most people find no difficulty while using it.

With being old, most of the hardware manufacturers have complete faith in it. So, soon after its inception, STL became an inherent part of every 3D printing software as well as hardware components.

With such a huge number of advantages, STL is also a host to some of the limitations. The first one being, STL 3D printer’s file format is slow as well as error-free. It stores less information than its counterparts. The other one being, STL file format has negligible or no checking mechanism for water-tight geometry.

However, there are a bunch of very powerful STL resources available online, such as, repositories, marketplaces, and search engines that list millions of free STL files. Thingiverse is one of the most popular names in the market from where you can download STL 3D design files for free.

We suggest taking a look at our Free Easiest Tools to Repair STL Files Online for more information. 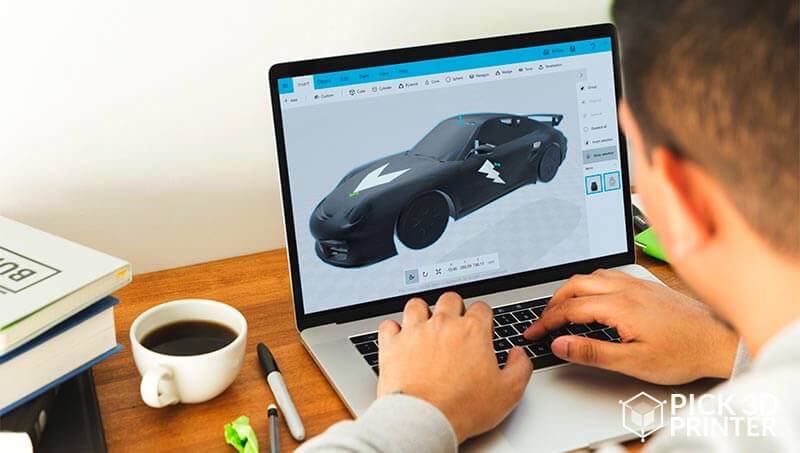 As mentioned above, the STL file format has one considerable backdrop i.e., it cannot store color information. And this is why OBJ is preferred as one among the many 3D printer file formats for projects wherein storing the information regarding colors is a must.

The file format was originally used by 3D graphics designers as a neutral interchange format for 3D graphics. Later the 3D community users adopted it when 3D printers got the capability of printing in multiple colors as well as materials.

OBJ too, like STL supports ASCII human-readable as well as larger file sizes as well as binary small file sizes. This 3D printer file format lets you store colors as well as texture information in a file that is called the Material Template Library format. Compared with the.OBJ file, an MTL file can render a multicolored textured model.

With the advent of 3D printing, people had to find an alternative to store the color, texture as well as material information and that’s when they turned from STL to OBJ. The file format is also used very much in industries that require an immense amount of precision like aerospace and automotive.

OBJ too, just like STL, has its flaws. The first one being, it is fairly complicated than STL. Also, repairing an OBJ file demands a lot more effort than repairing an STL file. Moreover, there are not many editing and repairing tools available online for dealing with OBJ.

However, like STL, OBJ files are also available at many online repositories like TurboSquid, Free 3D, CGTrader, Archive3D, Clara, the Free 3D models, and Oyonale. Also note that OBJ is supported with Autodesk 360 Viewer, 3D Viewer Online, and 3D Tool. Whereas for repairing OBJ files, you can make use of NetFabb basic, Meshmixer, and Meshlab.

ADVERTISEMENT
Check out how to convert STL to OBJ in The Best STL to OBJ Converter Tools. 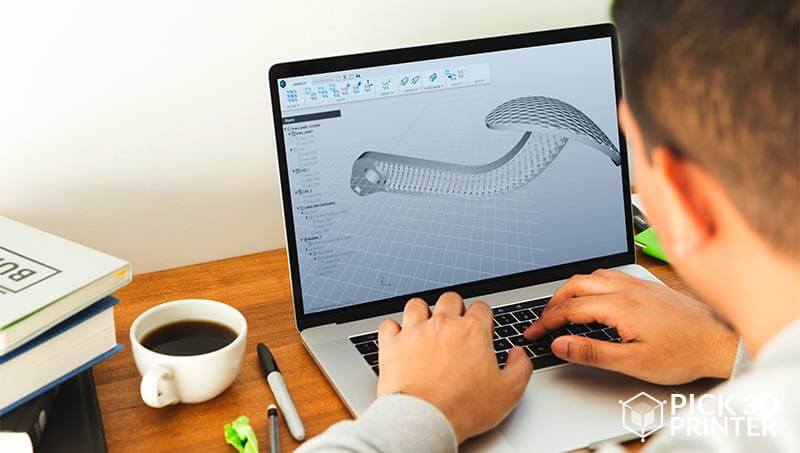 Unlike STL, AMF addresses issues in STL using an XML format by making human-readable huge files with a hierarchy of five elements such as an object, material, texture, constellation, and metadata. The work of XML format is developing files that are easy to read, write as well as process.

The file format’s constellation feature permits multiple objects that are to be arranged within the file by specifying their location as well as orientation.

AMF is one of the most modern 3D printing file formats but the only issue with it is its limited adoption. While writing this article, Solidworks and Autodesk are the only two software that supports AMF. Coming to the 3D printing slicers, Cura does support AMF, but Simplify3D does not.

An open-source AMF Editor is ideal for importing STL and editing them to make them AMF files. In short, the accessibility of AMF will do a lot of work to make it a popular 3D printer file format as the above mentioned two. 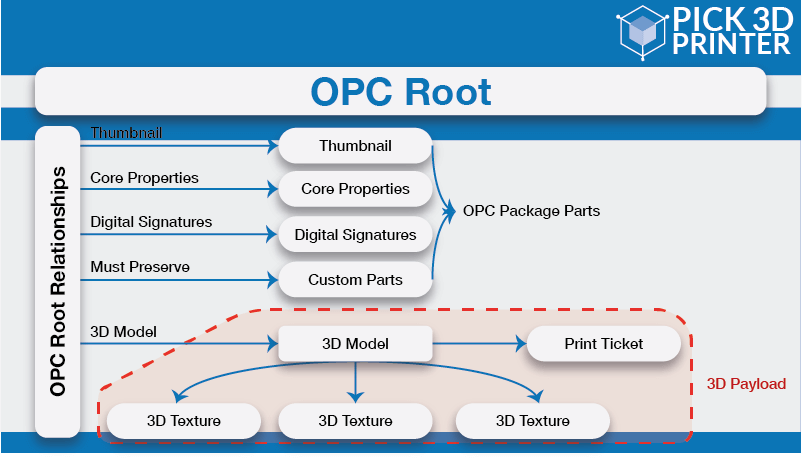 The biggest challenge of AMF was properly studied by ASTM – the developers of AMF 3D printed file format. It was in 2015 when Microsoft announced the 3MF Consortium, the governing body of which included Autodesk, Stratasys, Ultimaker, Materialize, Shapeways, 3D Systems, Dassault Systems, Siemens, HP, GE, etc.

Because of such big names involved with this format, the 3MF 3D printer format has gained immense popularity. In terms of fulfilling design goals, the software is inspired by the AMF format in the sense that it contains all the necessary model, material, and property information in a single archive. It has a short, clear specification and makes development easy and fast validation.

3MF is based on an XML format. It features a geometry representation similar to STL, but it’s more compact and size-friendly than AMF. Herein, multiple identical objects can be placed by referencing the same mesh. It ensures that the files are 100 percent manifold without any cracks or overlapping triangles.

Moreover, 3MF introduces the concept of a single archive or 3D payload. It defines all standard, optional as well as mandatory parts along with complete model information that is contained in a single archive.

Having stated so, 3MF is still in its infancy and has not been adopted very widely. Professionals in the field are concerned about the pricing of this 3D printer file format. Currently, users can access the code that reads STL/OBJ/3MF files on GitHub.

STL, OBJ, AMF, and 3MF, all have their strengths and weaknesses. They have a relatively higher or lower compatibility level with various 3D printing hardware and software. STL as you could sense still dominates most of the market, while OBJ remains a preferred choice of professionals when designing objects with multicolor.

Coming to AMF and 3MF, they both are trying hard to compete for STL and even stand better, but are not widely adopted to date. But there are higher chances that time will bring the adaptability they are currently in search of.

Understanding 3D printer file formats and the difference between them is important because they affect many factors such as your toolchain, production efficiency, and even quality. So, do not neglect this topic as a tiny and negligible one. Because in the end, every tiny little aspect matters.