Looking for the best PLA 3D printers? And, why not! PLA is used for many usual and common applications such as containers, drinking cups, sundae and salad cups, overwrap and blister packages.

Majorly, the material is used as a food contact material for products such as fruit and vegetables. What differentiates PLA from other 3D printing materials is its biodegradability.

Yes! PLA’s life cycle starts from its fermentation extraction, goes through processing and manufacturing, and finally transforms via biodegradation and photosynthesis and can be reused.

PLA is mostly converted into filament spools and then processed by FDM 3D printers for specific applications. Just like ABS, PETG, HIPS, and other filaments.

There is always a constant debate between professional FDM 3D printer users about which one is better than the other? PLA or ABS?

These materials are tacitly considered to be the most popular materials for 3D printing. But that is another topic altogether. Right now, it’s about PLA and the printers that process PLA like no other.

Every 3D printing material has its own set of requirements. And so does PLA. The general set of 3D printing requirements for PLA start from the printing temperature range i.e. 180 to 230 degrees Celsius.

PLA filaments are hygroscopic meaning that, they will require specific storage. The other thing that’s necessary is a cooling fan for uniform solidification of PLA parts.

The printers that we are about to mention in our list are manufactured in such a way that they subscribe to these pre-requisites posed by PLA. And that’s something that makes them the Best PLA 3D printers. 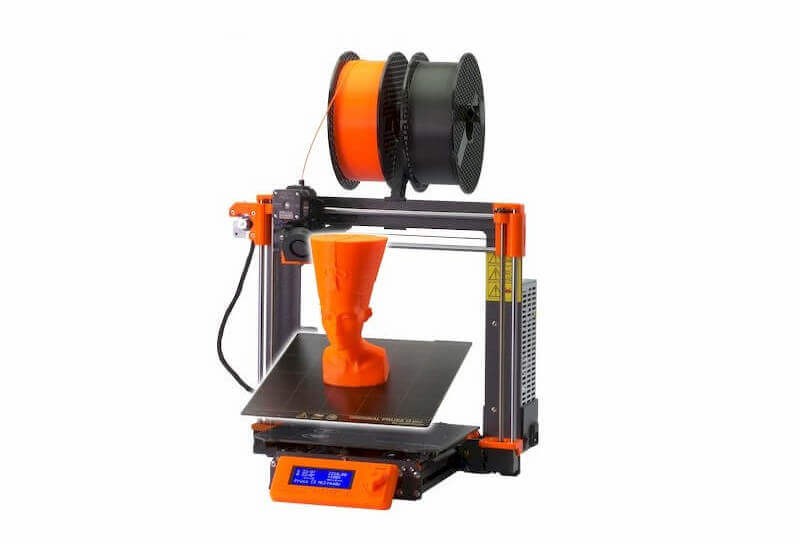 At a price over $900, the Original Prusa i3 MK3S+ is an improved version of the former MK3S. It is a 3D printer that has almost no criticisms at all.

The printer offers exceptional value for money by providing excellent print quality. It is an out-of-the-box printer that, in many cases outperforms printers that cost multiple times its price.

It has a wealth of inbuilt calibration routines, error detection, and mitigation systems, all making it not only one of the most popular, but also one of the most intelligent printers in the market currently.

Prusa i3 MK3S+ wins the race because of its sheer tech prowess has excellent support documentation and following. We recommend the kit, but you can pay a little more and have it shipped ready to run.

Prusa started in the year 2009 when Josef Průša, its founder and CEO, started working on 3D printers under the RepRap project. Back then 3D printing technology was mainly accessible only to big industrial companies.

By simplifying the original RepRap model Mendel, the inventor made it much simpler to print, assemble and use and that’s how Prusa Mendel was born. 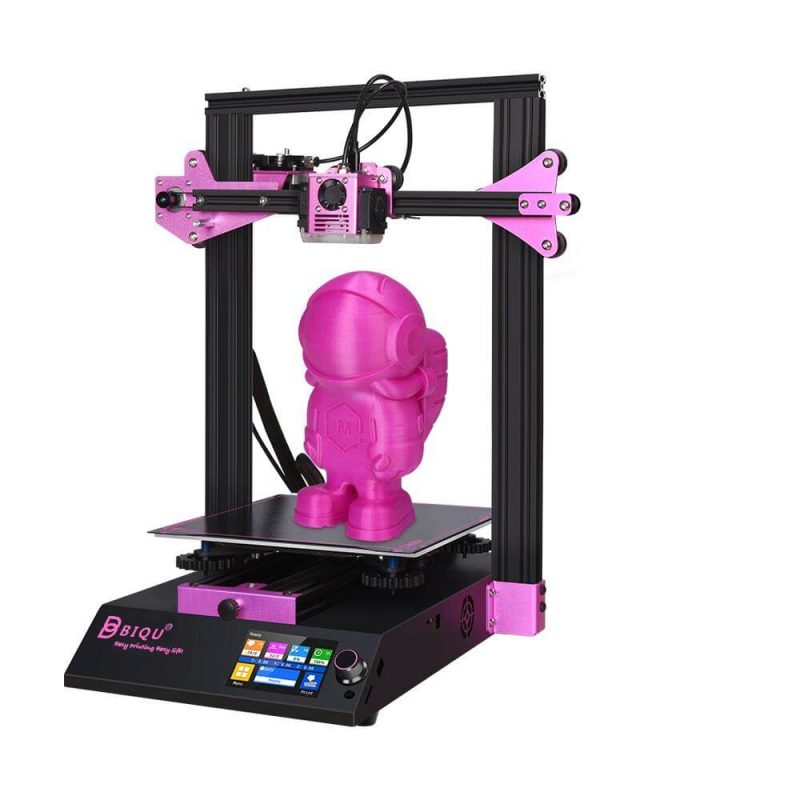 Available in black or purple color Biqu B1 sports RGB lighting out of a few of its orifices. To start with, the printer carries the kind of components you’d consider upgrading 3D printers like Ender 3 with.

To name a few one of the most common ones, it’s an SKR V1.4 32-bit mainboard with TMC2225 stepper motor drivers.

The prints quietly, a high-quality part or functional prototype, and, in addition, it features a magnetic removable metal build plate.

Moreover, the printer is a host to a dual user interface that lets you switch between stock Marlin with rotary encoder or its own touch screen layout for interacting with it.

The Biqu B1 touchscreen layout lets you tap G-code into a terminal when you feel the need to do so.

This complete printer is a versatile machine with untapped potential available for less than $250! Yes, you read it correctly! It’s a very compelling alternative to the much-hyped Ender 3 V2.

Bigtree Technology Co., Ltd. aka Biqu was established in 2015. The company is a professional manufacturer and exporter specializing in the design, development, and production of 3D printers and accessories.

The company is located at Long Gang Science and Technology Park in Shenzhen and has more than 80 employees. 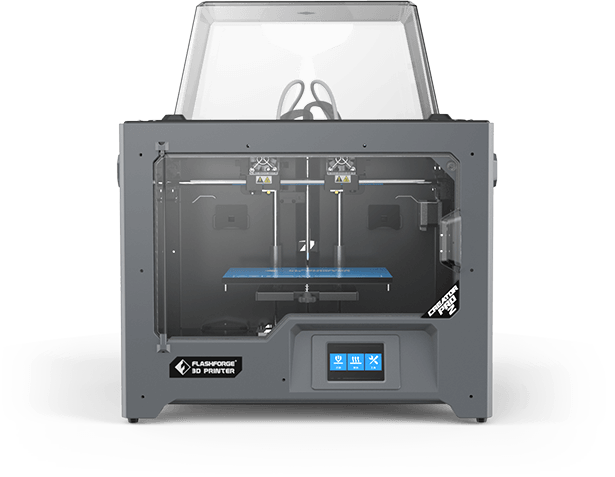 It allows you to print in four different printing modes:

The print quality of the printer is fantastic. Apart from that, the printer offers you the benefits of the new system showing strong in clean breaks between colors or materials.

Although 200 mm * 148 mm * 150 mm the build volume offered by the printer is a bit shrimpy for the possibilities offered by IDEX, but for the ease of use and quality it offers out of the box, this can be something that can be overlooked.

Established in 2011, Zhejiang Flashforge3D technology Co., LTD’s abbreviation is Flashforge. It claims to be one of the first professional 3D printing equipment and materials, R&D, and manufacturing enterprises in China. 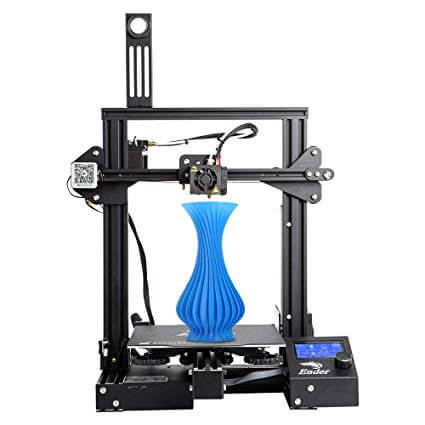 It has a heated print bed which makes it possible to play with more than one filament. The base printer in stock configuration is equipped to handle day-to-day 3D printing to a satisfactory standard.

Founded in 2014, Shenzhen Creality 3D Technology Co., Ltd. or Creality how it is generally known in the field of 3D printing focuses on: a) design, b) research, c) production of 3D printers and d) 3D printing related products. Their team consists of professional researchers and skilled engineers, constantly striving for creative function and excellent user experience. 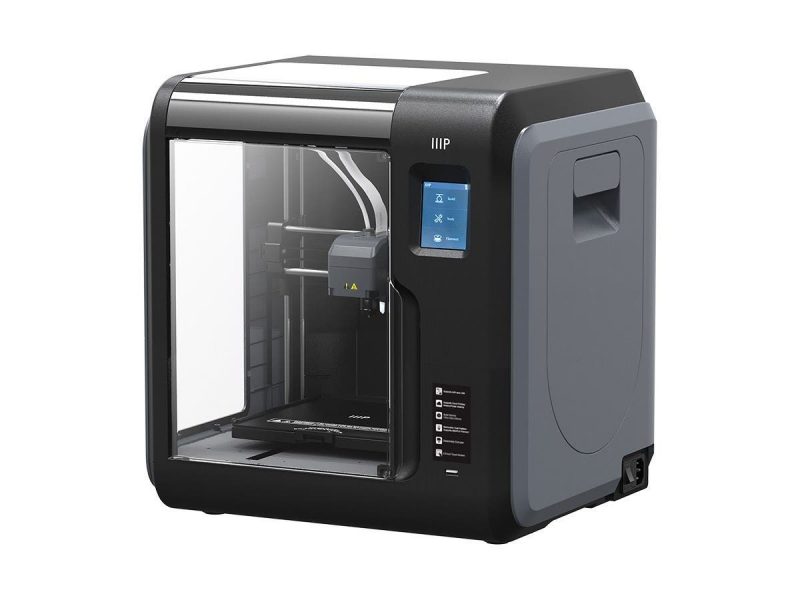 It offers decent print quality, a fully enclosed build volume, and a number of qualities and features not common to its price point printers costing $400.

In appearance, Voxel looks very similar to the Flashforge Adventurer 3, in a way it can be said as a recolored, rebadged Adventurer 3. But the differences are in their way of functioning and not in their looks.

Established in 2002, Monoprice claims to have built a stellar reputation for product excellence and customer service. They offer over 7,000 high-quality, affordable electronics and accessories to their professionals and consumers worldwide.

The company’s proven business model eliminates entire layers of markup within the supply chain, thereby allowing them to sell premium products at a fraction of marketplace prices with incomparable speed and service. 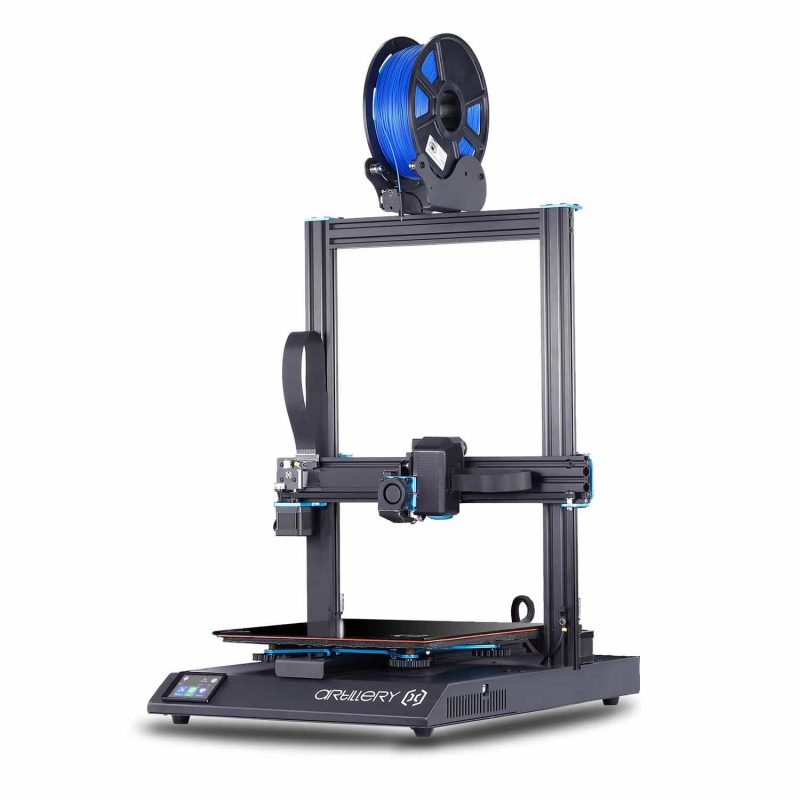 The printer features a Volcano-style hot end which allows you to print with a higher flow of molten filament that is ideal for 3D printing thicker layers, for which you should equip it with the correct nozzle to do so, preferably 0.4 mm standard nozzles.

. Overall, it makes up for a well-rounded machine with features that are a little ahead of the curve.

Shenzhen Yuntuchuangzhi Technology Co., Ltd, is the company behind manufacturing this 3D printer. Formerly, it was a well-known 3D printer accessories supplier in China, supplying parts to the country’s major 3D printer manufacturers for years.

After having years of experience teaming up with skillful domestic and foreign engineers, the company entered the 3D printer manufacturing area in 2018.

Artillery, the company’s brand name, ranked among the top-ten leading brands on most shopping platforms in just one-year time.

Almost all FDM 3D printers would offer the facility of 3D printing with PLA. But, not all of them can be considered the best.

PLA falls under the category of flexible filaments. It is also capable of printing rubber-like parts, something that ABS and other filaments are not capable of.

So, it’s necessary to deal with these filaments in a flexible manner. If you do some research you will get plenty of materials in terms of Tips for PLA 3D printing and related topics.

So, it’s important for you to search for a 3D printer that is able to offer a certain amount of compatibility with PLA material.

Otherwise, you will end up with a 3D printer that’s overall good, but not up to the mark with PLA material.

So, if 3D printing with PLA is your primary material, you might want to buy from the above-mentioned reliable and few of the best PLA 3D printers, proven fine with PLA 3D printing.