Resin 3D printing technology is known in the field of additive manufacturing for producing accurate prints.

But, with the passage of time, the technology has spread widely enough making printers based on this technology available for domestic use as well.

Producing accurate prints faster than others has enabled liquid 3D printers to be used in industries such as jewelry, aerospace, and automobile.

In liquid-based resin 3D printers, the photopolymerization process takes place. Not only has this technology made 3D printing easy, but also it has given birth to technologies such as DLP.

A video projector is used in DLP technology instead of a laser or LCD, as in the case of resin-based 3D printing. The aim of DLP is also to expedite the 3D printing process for shortening the delivery time and enabling the user to enjoy the demanded part/prototype quickly.

What to Check Before Buying a Resin-Based 3D Printer?

The liquid resin 3D printers mentioned in this list allow you to print with a variety of materials. Before going to the list, there are some typical things that you should look out for in every liquid 3D printer.

These are the three parts, the mechanism of which you should see practically before buying your resin-based 3D printer.

Related article: How to Buy Good-Value Resin for Your DLP 3D Printer

This liquid 3D printer is available at a comparatively low price. The manufacturer of Phrozen Shuffle XL has another printer that is virtually identical to this one in every way. However, XL is the larger one amongst the two.

This 3D printer offers a print volume of 190 mm * 120 mm * 200 mm. Utilizing an offshoot of SLA 3D printing, Phrozen Shuffle XL is based on the printing technology that is known as Masked SLA.

The 3D printer is capable of producing prints with some serious productivity in which high detailing is possible. Even hair-like features can be printed using Phrozen Shuffle XL.

Eiffel Tower’s showpiece is one example to prove this claim. One can connect to this printer by using a USB and LAN. The name of the software which comes with the printer is Phrozen Skinned.

Users can play with STL, SLC, and ZIP files using this software. Shuffle XL is a premium 3D printer that does not lose its sturdiness even during the printing process.

Between Shuffle and Shuffle XL, there isn’t much difference in the print quality. So one can choose according to his/her budget. Shuffle XL provides an 8-inch screen compared to Shuffle’s 5.5 inches.

The claims of resolutions of Shuffle and Shuffle XL are 47 microns and 85 microns respectively.

An LCD screen that has high pixel quality is located between a clear bottomed resin vat and an array emitting LED in the printer.

The UV light shines for the required number of seconds for setting the resin through the mask. The same process is then repeated for another layer.

Compared to SLA 3D printing, MSLA offers the advantage of having flat curing times for every layer. Arguably, SLA is faster than MSLA, but the quality of prints of the latter is better than the former.

For operating and interacting with the awesome looking printer you have a touchscreen interface. The printer is consistent even when you are printing ...
Add to compare
Check Price
Phrozen 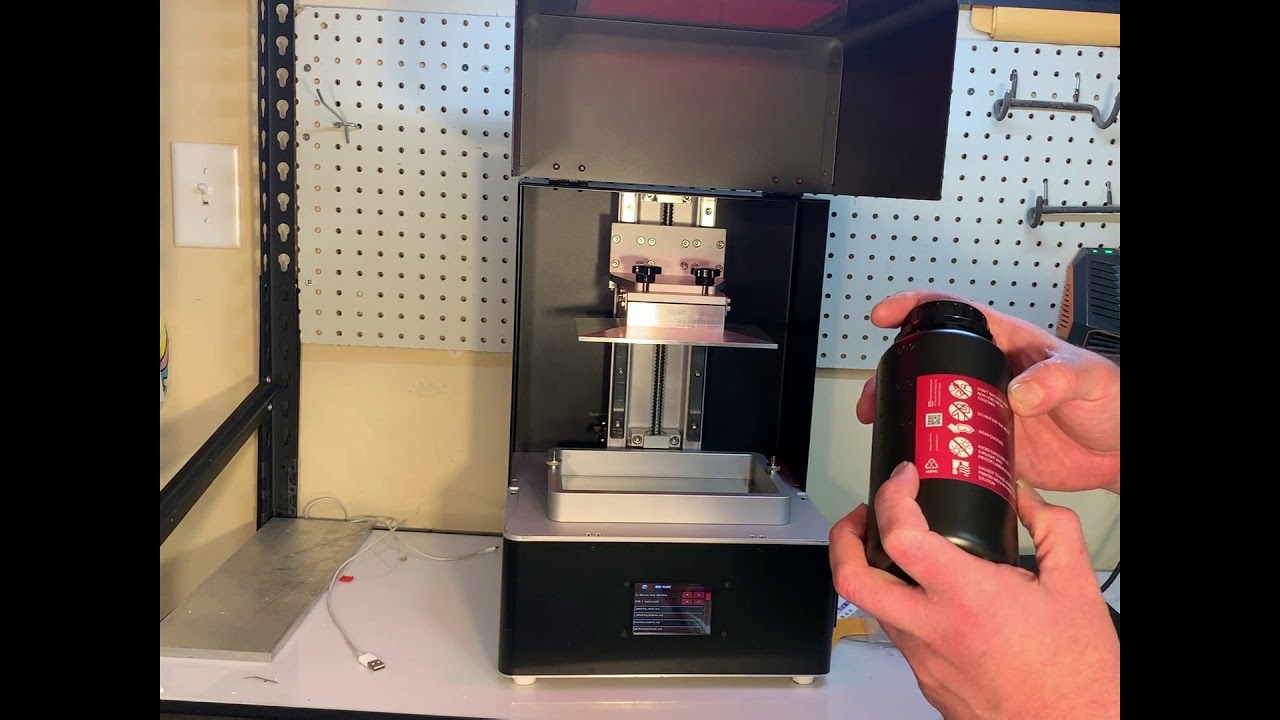 When your first model is a hit in the market, people’s expectations start to rise. This was exactly the case with Peopoly. Moai, the previous version of this 3D printer was a huge success.

So, with Moai 130, the manufacturers needed to make sure they are coming up with something even better. Moai 130 offers hardware upgrades to Moai.

Everything else i.e. the print volume, granular control of the laser, accessible electronics, and an active community, remains unchanged in Moai 130.

However, the hardware upgrades let the user tailor-make parts and prototypes by improved reliability and ease of use. This all is available to you by spending $100 more. Isn’t that great?

Peopoly Moai 130 is based on SLA technology and is priced at $1395 per kit. The leveling of bed in Moai was a lot difficult, with Moai 130 that difficulty is gone.

Here you have a bed that is easy to level. The print platform pairs nicely with the new metal resin vat that features FEP film for its interface layer.

The FEP vat goes away and boosts the printer’s reliability as does the print chamber heater. In Moai 130, the resin stays at 35 degrees Centigrade to ensure optimum printing performance. Another lucrative thing about Moai 130 is its dedicated UV LED curing lamp.

While post-processing and locking users’ green models in minutes, the lamp is essential to make this happen faster. Although Moai 130 offers a big print volume, the ones that are looking for huge should check out Moai 200.

Peopoly’s inspiration to build even bigger liquid resin 3D printers came with Moai series attracted immense attention. This manufacturer is based in Hong Kong and after its hit startup Moai series, released a newer series of SLA 3D printers by this name.

This technology is a mix of LCD masking screens over a UV LED light-emitting source. The combination is used to cure the resin. Peopoly, in the Phenom series, has introduced a customized alternator that provides proper light distribution. Not only that, but this 3D printer also has a cooling system to ensure that the print results are better than before. Another improvement comes in the mask’s life which is extended than before.

Peopoly is a manufacturer that has had a series of hitting 3D printers in the market already before Phenom. So, in Phenom it has incorporated just the perfect amount of changes that are needed to satisfy the increasing expectations of its customers.

A film processing technique that reduces adhesion between the hardened resin and the vat floor after each layer is printed is an important feature in Phenom.

The bed leveling of Phenom is easy and it has got a responsive user interface. The fact that even third-party resins are compatible with this 3D printer is a cherry over the cake. Phenom uses a 4K LCD which is an anomaly for printers that can be purchased in the same price range.

It is very rare for a manufacturer to come up with a reliable solution in the first attempt that could intrigue users. However, it wasn’t difficult for Zortrax.

The company based in Poland has impressively created a huge fan following right after its first launch. Yes! Inkspire is Zortax’s first offering in liquid 3D printers.

Looking robust, Inkspire has an LCD based resin and a large but elegant user interface. The 3D printer offers a maximum build volume of 74 mm * 132 mm * 175 mm, an XY resolution of 50 micrometers, and a Z resolution of 25 micrometers.

Buying Inkspire would deduct $2,100 from your bank account. However, the deduction is worth it.

The touchscreen from which you can operate this 3D printer is 4 inches long and has a pixel size of 50*50 microns. The minimum layer height offered by Inkspire is 25 micron, while its printing speed is 36 mm per hour.

Although the build volume of this liquid-based 3D printer is lower than the ones mentioned in this list, its printing speed is impressive.

Small businesses that want to excel by showing minimum delivery time to their customers can opt to buy Inkspire. This 3D printer can be operated with all resins. It can solidify materials under its 405nm wavelength UV light.

The most attractive feature of this machine is its Ultrasonic Cleaner. With this component, the post-processing becomes easy, and hence the overall time is taken for printing a part or prototype decreases.

Inkspire uses an LCD and UV light to solidify the photopolymer. This liquid 3D printer is based on SLA 3D printing.

Being a desktop 3D printer, Zortrax Inspire uses a UV LCD technology for manufacturing parts and functional prototypes from a vat of resin which is ...
Add to compare
Check Price
Zortrax 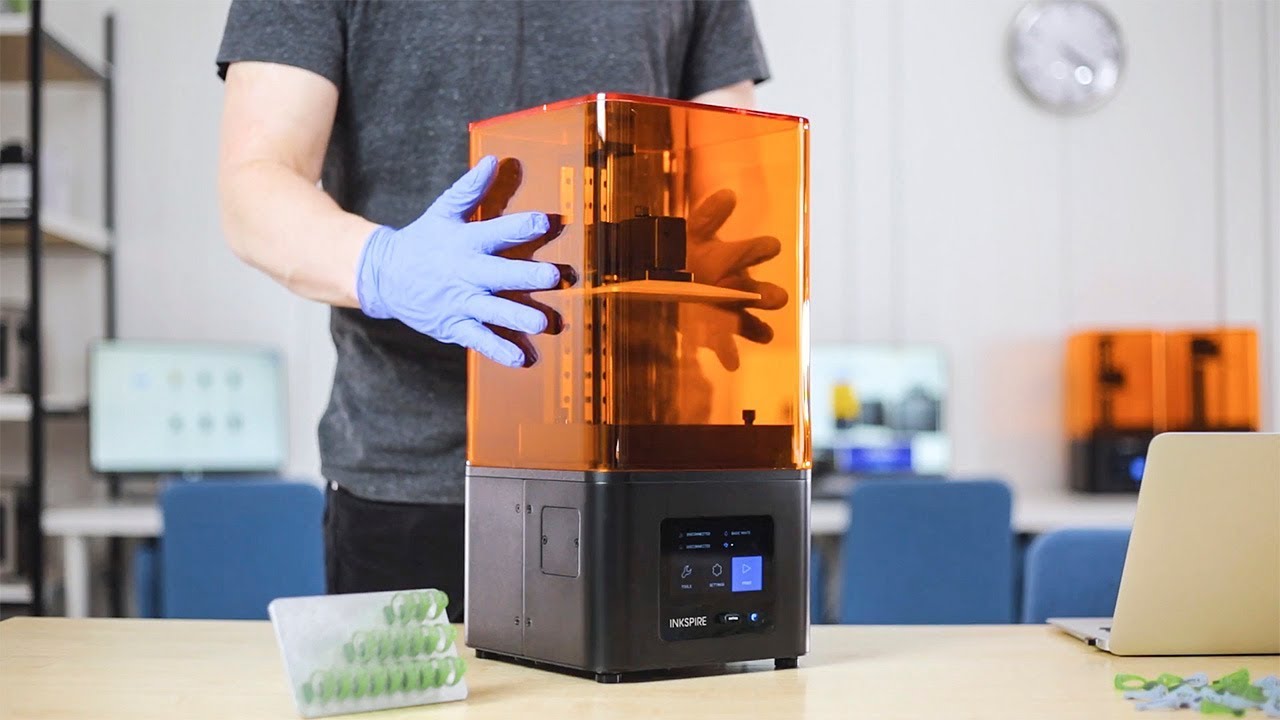 The kit of this printer comes at $1400. This liquid 3D printer has been kept in mind to target those customers who use 3D printers for mainly domestic purposes.

Apart from the affordability, this printer is also popular for being easy to use. Two examples that will strengthen the claim are 1) The printer’s manual fill level indicator and 2) an in-built resin sensor.

SL1 is also known in the market for using a tilt motor that changes its movement direction every time after printing a layer. The most common problem with liquid resin-based 3D printers is the separation of print from FEP film.

This is addressed by SL1’s manufacturers. The printer is based on SLA 3D printing and is open-sourced. Prusa is a manufacturer based in the Czech Republic and SL1 is its second offering in the same category.

The limitation of i3 MK3S is very well taken care of in SL1. The other thing that is to be noted is the acquiring of Futur3D.

Think about a company that has had 5 years of experience in specialized SLA 3D printing. When such a company is acquired by a reliable name in the market. It is like an innovation meeting tradition for excellent production.

Accuracy in every 3D part or functional prototypes that are manufactured from the printer is core. For achieving accuracy, you have other factors to ...
Add to compare
Check Price
Prusa Research 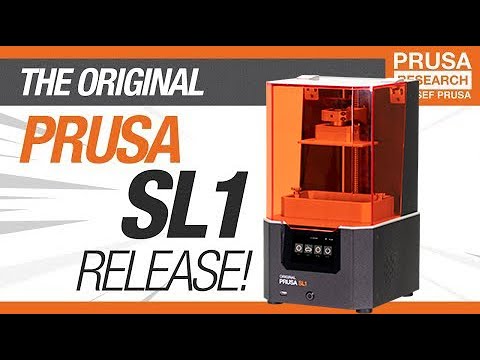 The point that also should be considered while buying one of them is: Whether or not, the 3D printer allows you to use third-party consumables?

The liquid 3D printers offering such features tend to be cheaper in the long run. Now, when resin-based 3D technology has become widely used, companies are making cheaper printers.

So, small players and domestic users of 3D printers can gain the most out of this technology.