If there is a technology that can give tough competition to FDM in additive manufacturing, it is carbon fiber.

Over the past few years, there has been a great influx in carbon fiber 3D printing, both on the manufacturing side as well as the consumer side.

Carbon fiber 3D printers can produce parts and prototypes that are heavier in strength and lighter in weight compared to other 3D printing techniques.

We have come up with a guide that will enable you to decide why to choose carbon fiber 3D printers and which one to choose. The latter brings us to the list of popular carbon 3D printers.

As you might already have understood by now, the printer is best for creating high strength materials. Additionally, the parts produced are lighter in overall weight.

It is due to these reasons that composite materials are ideal for a wide range of 3D printing applications. Be it functional prototypes or tooling fixtures, automotive parts, or R/C vehicle parts, carbon fiber 3D printers can produce them all.

Pros and Cons of carbon fiber 3D printing and its Application

Like every other type of 3D printer, printers based on carbon fiber 3D printing technology also has its own pros and cons. Let’s have a look at those and then at their application, before concluding the article.

The list mentioned below has the best 5 carbon fiber 3D printers currently in the market. These let users choose from various options.

The Dutch-based manufacturer hit the market with its first printer in 2011. Ultimaker became a popular company among the additive manufacturing community for offering open source solutions to its users.

Speaking about the flexibility of the printer, one can print with carbon fiber filaments as well as others. The maximum nozzle temperature achievable in this printer is 280 degrees Centigrade.

If you compare this with other printers on the list, it might be the lowest print head temperature. However, the makers of this printer are very well aware of it and one can say that with surety because of the other features that are well better than its counterparts.

Ultimaker S5 has dual extruders. The machine comes with a removable glass print bed for its general use. And for advanced engineering materials, the user can use ultra-flat anodized bed made of aluminum.

Ultimaker S5 has a color touch screen display for operating the various print settings. The printer has a built-in filament flow sensor to monitor the flow after the printing process has started.

Don’t go on the way this printer is sold in the market. Even though it is said to be a carbon fiber 3D printer, it has the capability of dealing with carbon fiber reinforced materials also.

Due to these features, Ultimaker S5 is preferred by users who need more monitoring especially after the start of the 3D printing process. Ultimaker S5 is used in making of intricate parts and prototypes in various industries like aerospace, jewelry, and dentistry.

Extremely easy to use and setup, the Ultimaker S5 not only has exceptional quality but a large build volume. The printer comes with dual extrusion, ...
Add to compare
Check Price
Ultimaker 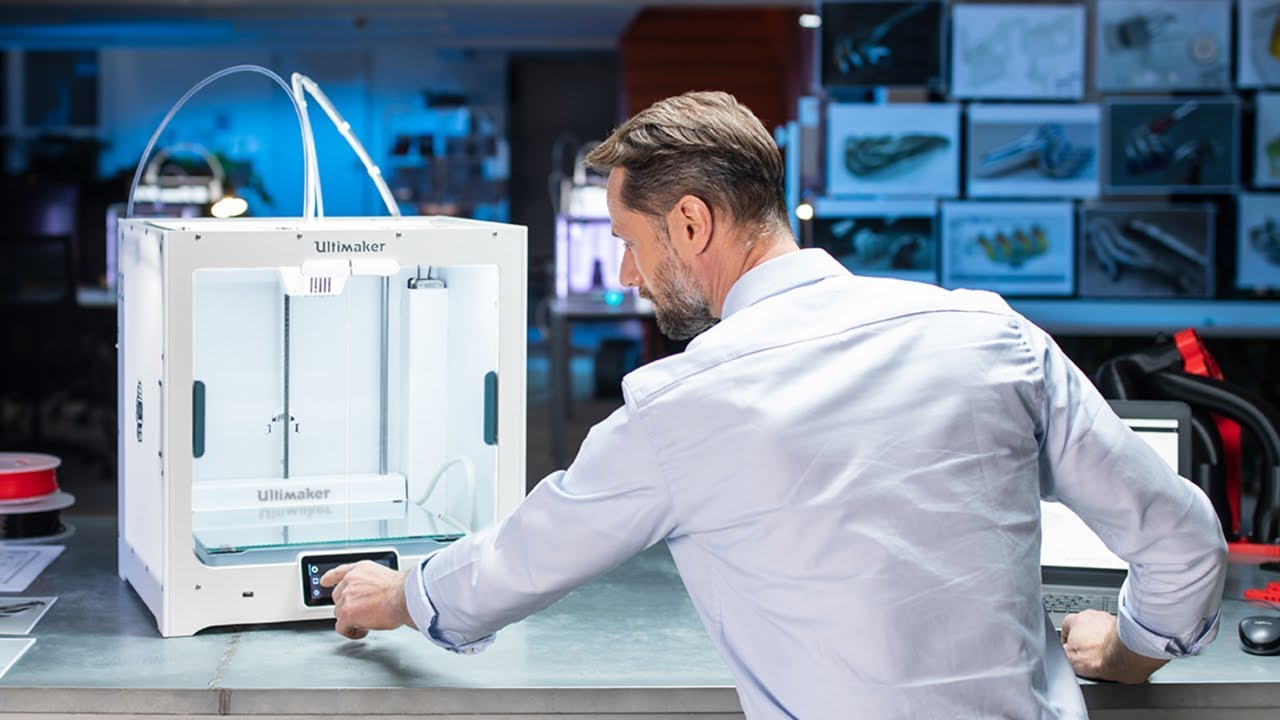 This 3D printer features an industrial-grade extruder that is capable of withstanding 500 Centigrade of temperature.

Roboze One +400 is made by an Italy based manufacturer that has surely kept in the most demanding customers in carbon fiber 3D printing technology.

One can say this because, apart from the amazing temperature it can withstand, Roboze One +400 comes with the flexibility which allows one to print with reinforced carbon fiber materials as well.

There is a build chamber inside this carbon fiber 3D printer that can withstand 130 Centigrade of temperature.

Its beltless system is made up of helical stainless steel racks and pinions. This is for ensuring that the motion of material inside this printer is done with ease and the positioning accuracy of this 3D printer is maintained.

Roboze One +400 comes with a C7 ball screw on the Z-axis which increases the overall durability of the printer, its wear, and resistance.

Another claim by the Italian manufacturer that had made this printer is that the company has manufactured all its components in-house.

Parts of this 3D printer are manufactured by CNC techniques that are known to generate even parts and prototypes with high accuracy. Apart from carbon fiber reinforced filaments, this carbon fiber 3D printer allows users to print with materials like PEEK, TPU, and more.

Overall, Roboze One +400 attracts customers worldwide because of an amazing list of features and the flexibility that it offers in materials. They claim to manufacture all its parts in-house also makes this 3D printer a reliable one that users can lay their trust upon.

Roboze One Plus 400 3D Printer

Compatible with a wide variety of technical materials such as PEEK and ULTEM, Roboze One Plus 400 is one of the main machines that are used in the ...
Add to compare
Check Price
Roboze 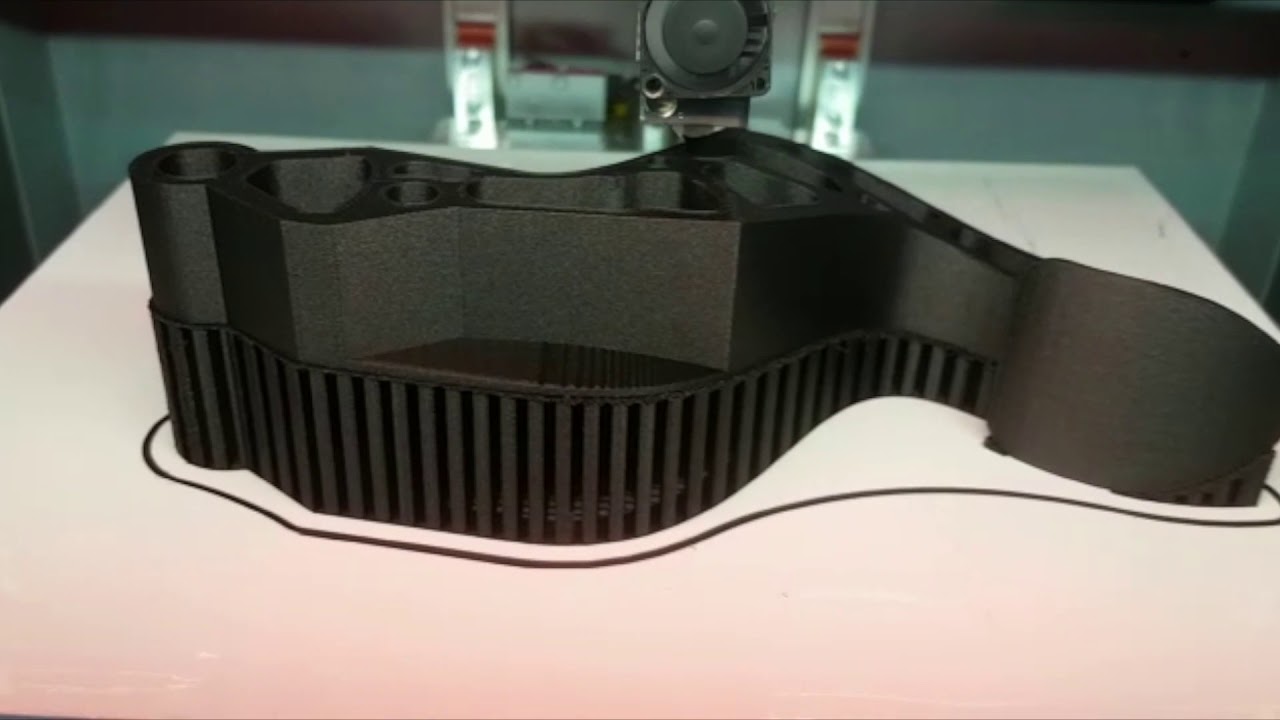 Known for its ability to print with two of the most eccentric materials i.e. high-temperature glass fiber and Kevlar, Mark 2 is a premier carbon fiber 3D printer.

The printer has a built volume of 320 mm * 132 mm * 154 mm and is capable of achieving a layer resolution of 100 microns. Morkforged has developed its software with the name Eiger.

This software allows users to import and slice a design that is optimized for the high-strength production of parts and prototypes. Mark 2 is an industrial grade printer that can be used for mass production.

This carbon fiber 3D printer is priced at $13,500. It is to be noted that apart from composites and the eccentric materials that are mentioned above, Mark 2 also allows users to print with another rare material.

This material is named Onyx which is a nylon-based material that is 1.4 times stronger stiffer than ABS.

The manufacturer of this 3D printer has titled this printer as a “workhorse reliability,” because of its ability to print continuously from the start of the day till the end.

It is rare to find an industrial-grade 3D printer in the price range as such as Mark 2. Other printers that are available in this price range either don’t offer the variability in printing materials or build volume.

So if you are a hobbyist that is looking for a future in additive manufacturing based on carbon fiber 3D printing technology, Mark 2 should be your go-to.

If your search was for a desktop 3D printer that can offer your two different extruders for two different types of material that you wish to print, ...
Add to compare
Check Price
MarkForged 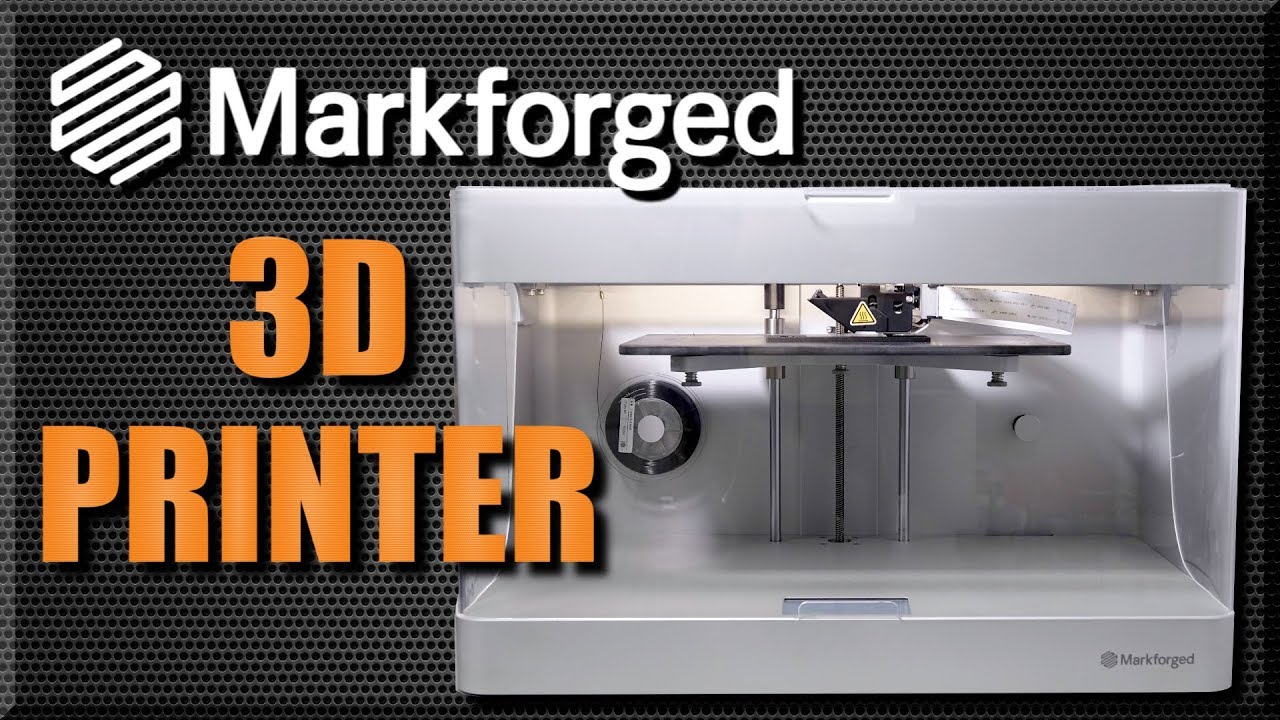 You would have noticed that this is the 2nd offering by the same manufacture on the list. This carbon fiber 3D printer is an advanced level of the previously mentioned Roboze One +400.

If you are wondering about the name of this printer i.e. Argo, it might sound familiar to you. A movie has released by this name that basically stands for the name of a ship in Greek mythology.

Argo 500 was manufactured with the intention to represent newer horizons in FDM 3D printing technology.

Automotive, aerospace, and other industrial sectors are the areas of application in which parts and functional prototypes produced by this printer are used.

This difference in price is an indication that the latter can be used in the production of industrial parts by small business holders. Argo 500 is some sort of a medium grade 3D printer that can be used for mass production.

Apart from the example of materials given above, Argo 500 also allows users to print with reinforced carbon fiber. When parts and prototypes are printed using such materials, they are bound to achieve extreme functional applications.

This 3D printer has a build volume of 330 mm * 270 mm * 200 mm and has a minimum layer height of 50 microns. As previously mentioned Markforged Mark 2 is also made by the same manufacture.

However, this is a lot more advanced version of the former. The manufacture of this printer is based in Massachusetts. Like Mark 2, X7 allows its operator to print using continuous carbon fiber and Kevlar which are reinforced materials.

The difference between X3, X5, and X7 comes when you try to figure out which one amongst them is more streamlined.

Using a dual nozzle system and based on the laser inspection process, X7 scans parts’ mid-print for checking the dimensional accuracy which is important for critical tolerances.

This type of monitoring system is absent in X3 and X5. Moreover, the continuous carbon fiber technique implied by the manufacturer ensures that extremely high-strength and lightweight parts are created with ease.

Markforged X7 uses a dual extruder system that enables users to produce composite parts layer by layer. The printing process goes like this; the first nozzle starts building the plastic matrix of the model and the second nozzle winds carbon fiber through the part.

X7 is the most expensive and most advanced model amongst the many carbon fiber 3D printers mentioned on this list. However, this doesn’t mean the X3 and X5 are any worse in comparison.

Priced at $70,000 Markforged X7 is a challenge for other competitors in this price range, while X3 and X5 in theirs. This 3D printer is based on FDM/CFF 3D printing technology.

Markforged is a very renowned name in the field of carbon fiber 3D printing, so as far as reliability is concerned you can go with this printer for sure.

Now that you know which are the topmost preferred options when it comes to carbon fiber 3D printers it is easier for you to decide which one is your go-to.

You can decide based upon the application of parts and functional prototypes that are produced using these printers.

And then apply the pros and cons of the printers over it. Summing this up would make you conclude on one choice of printer that can be your go-to printer.

Since the material that is used for printing with carbon fiber technology is expensive in cost, the overall rate of its printers is also expensive. Carbon fiber printing is a service that you can also get on Craftcloud.