Whether you should use a filament or a resin for 3D printing of part or functional prototype depends on the type of 3D printer that you wish to 3D print.

In these specific categories of 3D printing material, also, there are different variants such as ABS, PLA, HIPS, PETG, Nylon, Ultem, and a lot more.

So, the 3D printer material cost depends on the type of 3D printer you wish to 3D print with and the part or functional prototype that you wish to manufacture.

The cost of 3D printer material is known to depend on four basic criteria, starting with Material, color, tolerance, and quantity. Also to note that not all 3D printers are compatible with each type of 3D printing material.

Hence the 3D printer material cost also depends on the type of 3D printer you are using. A typical 3D printer filament cost can vary from as low as $10 to as high as $600.

In this article, we will discuss some of the most famous 3D printer material costs.

They can also be referred to as the 3D printing materials for FDM and SLA 3D printers.

Among the many basic things that you need for 3D printing a part or functional prototype, one of them is Filaments.

The use of filaments becomes mandatory for 3D printing a part or functional prototype when you are printing using an FDM 3D printer.

In FDM 3D printing, a filament i.e. a solid part of raw material is heated and brought to its glass transition temperature.

And till the time this temperature is achieved, the container which contains this filament in the 3D printer is brought to a place wherein if the container is allowed to flow in a fixed pattern, it leads to the deposition of this material on the print bed of the 3D printer.

This is exactly how the first layer of a part or functional prototype is layered on the print bed during the 3D printing process.

Most of the filaments are known to have thermoplastics at their base, like PLA, PETG, although 3D printing filaments can also be made of Nylon, polycarbonate, carbon filter, and polypropylene. 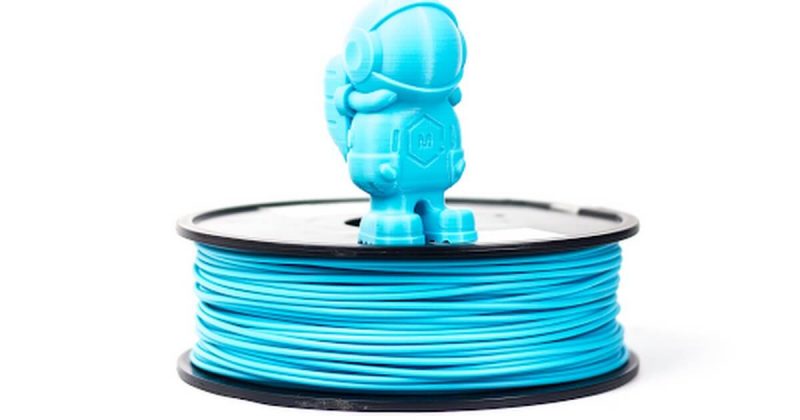 One of the most popular 3D printer filament which is used for making most of the parts and functional prototypes manufactured using FDM 3D printing technology is ABS.

Printing with ABS requires a heated build plate. But you would be happy to know that this 3D printing filament is inexpensive and is used for making models in which strength and temperature resistance is important.

Remember that the average price of ABS varies from $15 to $20 per kilogram. There is always some sort of inherent competition going on between ABS and PLA.

If the two were humans or companies, they must have been referred to each other’s competitors tied up for the race titled “I am the best 3D printing filament when it comes to FDM 3D printing technology.” 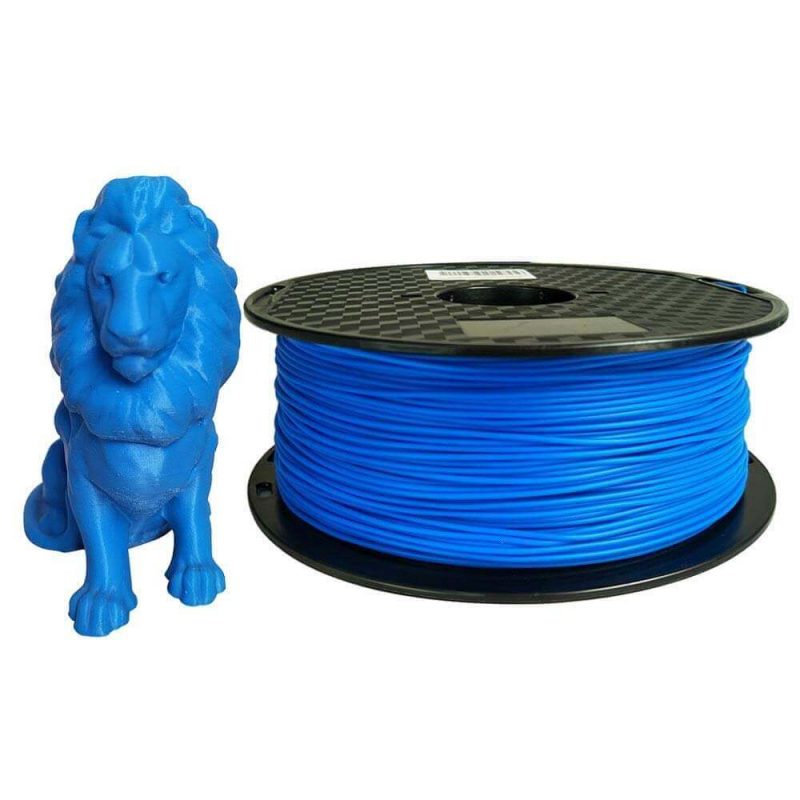 As mentioned above, PLA to is as popular as 3D printing filament when it comes to FDM 3D printing, as much as ABS. And the average price of PLA ranges from $15 to $20 per kilogram.

There are many well-known brands when it comes to purchasing this 3D printer filament. It depends on the quantity that you are willing to purchase.

There is a brand called Hatchbox PLA, it has a tolerance of 0.03 mm and is sold in the market for $20 per kilogram.

Whereas there is another brand titled Overture’s six spool PLA, the complete set of which is available at $90, costing you $15 for each spool.

There are also PLA spools, the 3D printer material cost of which hovers around $17. Of Course, then the color variants are to be considered.

This material is known for making cable ties, without using 3D printing technology.

If we state about the use of this material in combination with the 3D printing technology, Nylon is used for making functional prototypes such as gears, nuts, and bolts.

The average price of Nylon 3D printing filament ranges from as low as $50 to as high as $73 per kilograms.

One of the brands that are very famous when it comes to buying Nylon is Taulman 65 which is available in the market at around $65 per kilograms.

As you can notice, Nylon is at least 2.5 times expensive than PLA, and ABS. But the manufacturers of parts and functional prototypes made from Nylon term it to be worth it.

Matter Hackers Pro series Nylon is available at around $73 per kilogram. This brand has the option of adding your favorite color to the filament, but of course, you need to pay more than that! 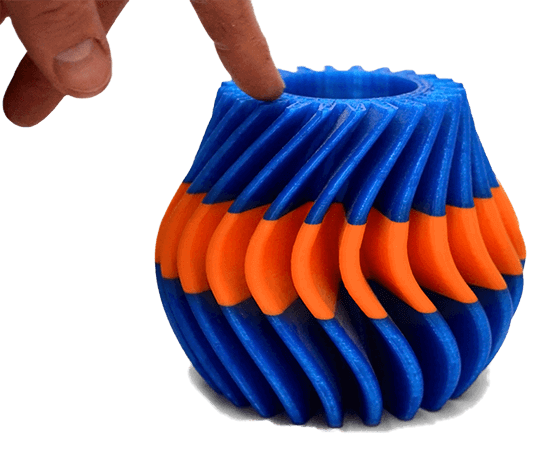 For those who do not wish to print with ABS, PETG becomes the most suitable option. Especially while build parts and functional prototypes wherein one needs to consider strength, temperature, resistance, and ease of use.

And in case you are thinking that for providing all these features in advance that ABS, PETG manufacturers charge more. That’s not the case! The average range of PETG filaments is $16 to $19 per kilogram.

From the materials mentioned on the list till now, none is able to represent as much strength as Polycarbonate can in the parts or functional prototypes made from this material.

Durability, good electrical insulation properties are some of the addition in the good properties of Polycarbonate apart from the mentioned one.

The average price of this filament is slightly above PLA, ABS, or PETG i.e. around $30 to $93 per kilograms.

It is interesting to having to look at such a variance in the average range of price while buying this 3D printer filament.

But the price of Polycarbonate is fifty percent more than PLA because generally printers printing with this printer filament are known to use 1.75 mm filament. 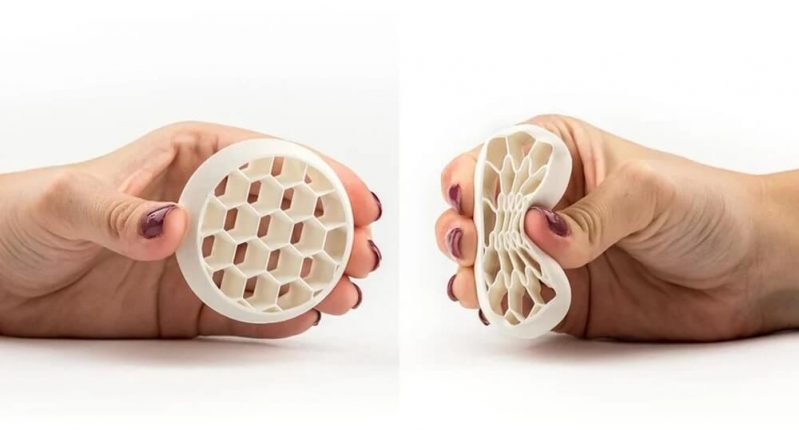 The full form of TPU is thermoplastic polyurethane which is a flexible filament used for making tires, shoes, and other rubber-like models.

TPU is often credited for being the only flexible filament that is available for FDM 3D printers for printing of flexible parts and functional prototypes.

But because it is the only filament on the list, it also takes a lot of prices to buy this filament.

The average price range of TPU, TPE, and Soft PLA ranges from as low as $87 to as high as $110 per kilograms.

A lot of brands specialize in making TPU, starting from MatterHackers which is often considered as a mid-range option when it comes to buying this filament as it costs around $97 per kilogram.

Stating about a lower-end option, soft PLA is what you would generally see brands offering at a price of $87 per kilograms. And brands like Ninjaflex is known to offer higher-end option such as $110 per kilogram.

The difference that you see between these filaments and ABS, PLA, PETG are the characteristics such as tolerance, hardness, strength, etc.

These are the characteristics that are then converted into a price and make these ones expensive than ABS, PLA, PETG. 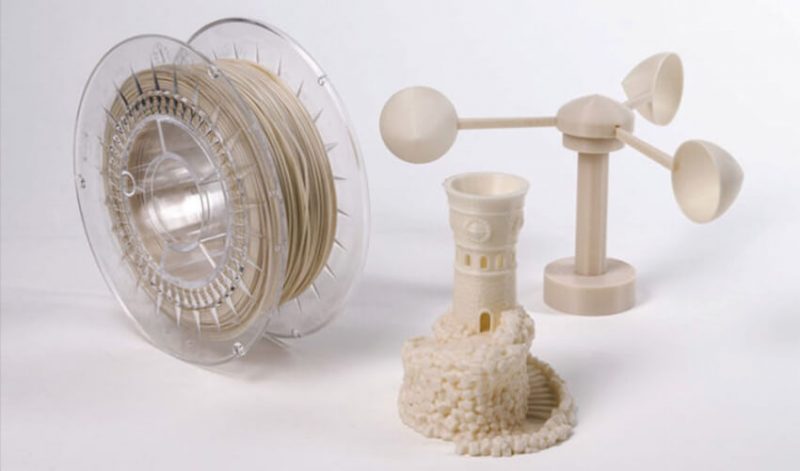 Known specifically for 3D printing parts or functional prototypes for outdoor applications, ASA is a material that resists ultraviolet rays, is moisture resistant, and electrically insulating.

The average price for buying ASA ranges from $30 to $50 per kilograms. Currently, the company that is well-known in the market for selling ASA is known to sell it for $32 per kilogram.

This company’s name is Fillamentum. However, there is also another company named MatterHackers, which sells the 3D printer material at $35 per kilogram.

The average increase in the cost of a resin is reasoned out with the additives that are present in a resin while making it.

Wood, Glitter, compounds that glow in the dark, carbon fiber, stainless steel, magnetic iron powder, and even kilnable metal filament can be added to it apart from the thermoplastics or other material that are used for making filaments.

The addition of these materials in a resin typically raises the average cost of a resin than the cost of a filament. A resin is known to cost on an average as low as $20 to as high as $600 per kilogram.

Companie manufacturing resins boast about the quality of the additives they add to it and the effect it lays on the final part or functional prototype that is manufactured.

The layer resolution achieved by SLA 3D printing is hard to achieve with FDM 3D printing. The average price for resin ranges anywhere from $40 to $300 per liter.

There are many brands that offer resins starting from as low as $40, which are the generic resins usually sold in 500 milliliters of canisters.

Whereas there are also higher-end options for resin which are sold by Formlabs, the brand also renowned for manufacturing 3D printers.

Resins from Form labs are known to cost around $150 on average and can go up to $300 per liters.

The 3D printer material cost should be taken into mind before buying a 3D printer.

It would require you to view aspects such as: which technology is a 3D printer based on? Which are the filaments or resins it would allow you to print parts and functional prototypes with?

And once you consider all these factors you would be able to calculate the operating cost of the 3D printer which most people do not at the time of buying.

3D Printer material is one of the most important factors in determining the quality of the part and functional prototype, so you better take the utmost care while buying it!